Will Mahan ’23 crafts history lessons for a new generation 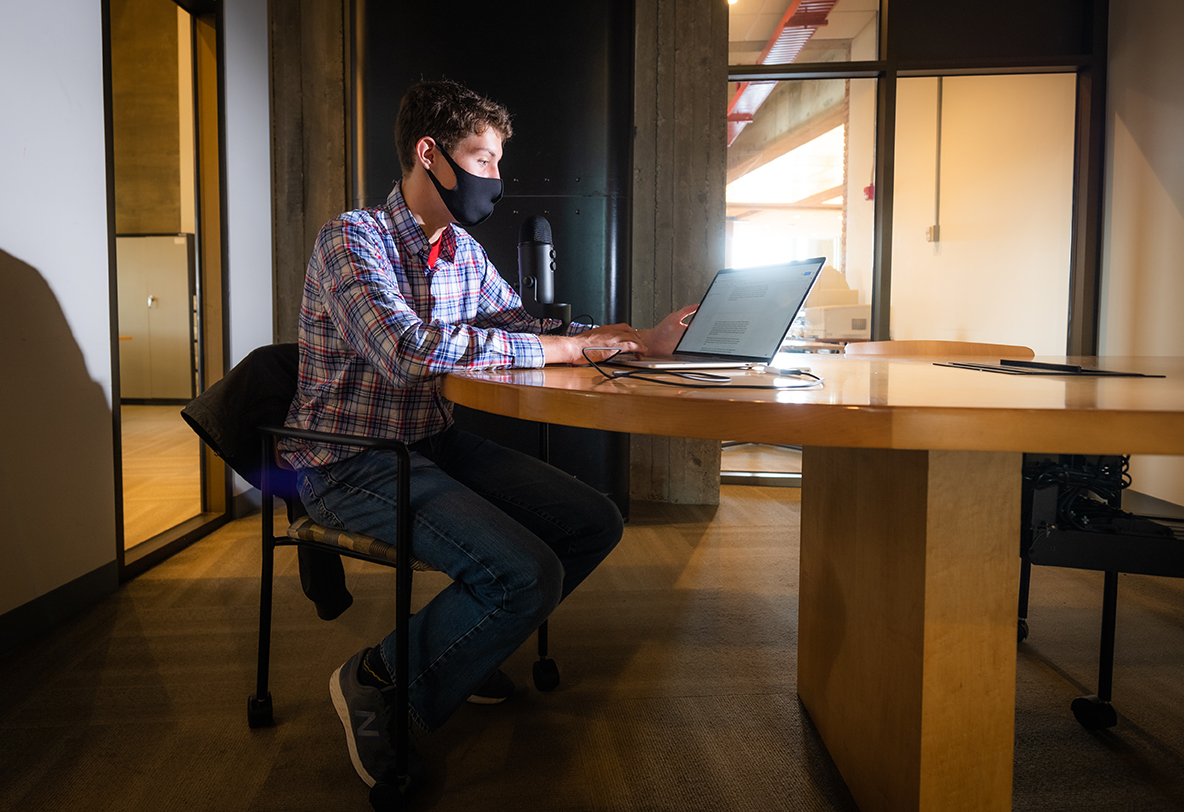 Will Mahan ’23 has always been fascinated by United States history, and sharing that passion is a priority. So when the COVID-19 pandemic led to a substantial shift in the way students are taught, he saw the switch to remote learning as an opportunity to help educate others.

Mahan launched a YouTube channel, American History Geek, in March, posting commentary-style videos detailing major historical events in U.S. history. Each lesson ranges from 10 to 20 minutes, and the series covers a variety of topics — from the history of jazz to the War of 1812. “I wanted to start a channel that would tell the entire American story, which is based on perseverance,” Mahan says. “From George Washington crossing the Delaware River to the march from Selma, everything that Americans have done is rooted in perseverance.”

Mahan became interested in U.S. history after studying the Civil War in middle school, often coming home and discussing the day’s lesson with his father. He hopes his videos will prove helpful high school students studying for the Advanced Placement U.S. history exam and anyone else with an interest in the subject matter. Mahan created his channel just before COVID-19 shut down much of the country, and saw the stay-at-home advisory as a chance to create meaningful content.

“The entire education system got completely reformed as everything went online, and through that I realized there was a big opportunity to contribute content that people would follow,” he says. “I saw a lot of short videos to help students study for tests, but I also saw an opportunity to go into a longer format for people who want to dissect things in a more intricate way.”

At Clark, Mahan is planning to declare his major in management. He is also a member of the men’s cross country team, writes for The Scarlet, and regularly submits to the Hartford Courant’s Fresh Talk column, which invites writers younger than 30 to contribute 650-word op-eds. Mahan, who grew up in Connecticut, often incorporates a historical perspective into the essays for his hometown newspaper. For instance, in his first op-ed he analyzed climate change and conservatism, arguing that climate denial is a repudiation of traditional conservative values.

“Our generation and the generation that’s growing up right now are going to be taking the leading role moving forward,” Mahan says. “I think there’s tons to learn from world history in general, but for American history in particular, the biggest lesson that can be taken away is to always have resilience. Never stop fighting for what you believe in.”

Mahan comes up with topics for each video based on a combination of his own interests and his desire to highlight lesser-known information. He uses his platform to expand on history curricula so they cover not only politics but also the music, sports, and other cultural touchstones that have shaped the American story. After researching a subject, he writes a script, fact-checks his work, creates slides, and records a voiceover. The entire process takes about a week, with several hours of work each day.

“It’s easy to compile information, but making it tell a coherent story that’s easy to follow takes a while,” he says. “History has to tell a cohesive story — it can’t just be facts, because then it’s not interesting.”

Mahan also considered creating a podcast, but ultimately decided on YouTube because the format allowed him to use slides to highlight important facts. As a visual learner, he says that style makes it easier to retain information.

“American history is not linear. We made a lot of mistakes and we’ve had our pitfalls, but the story is an up-and-down process,” he says. “What I love about our history is that we had so many people who were ahead of their time. The American spirit truly is remarkable and intergenerational. Now it’s up to us as young people to continue that story.”