Wesley Fuller was ‘a teacher who made an impact’ 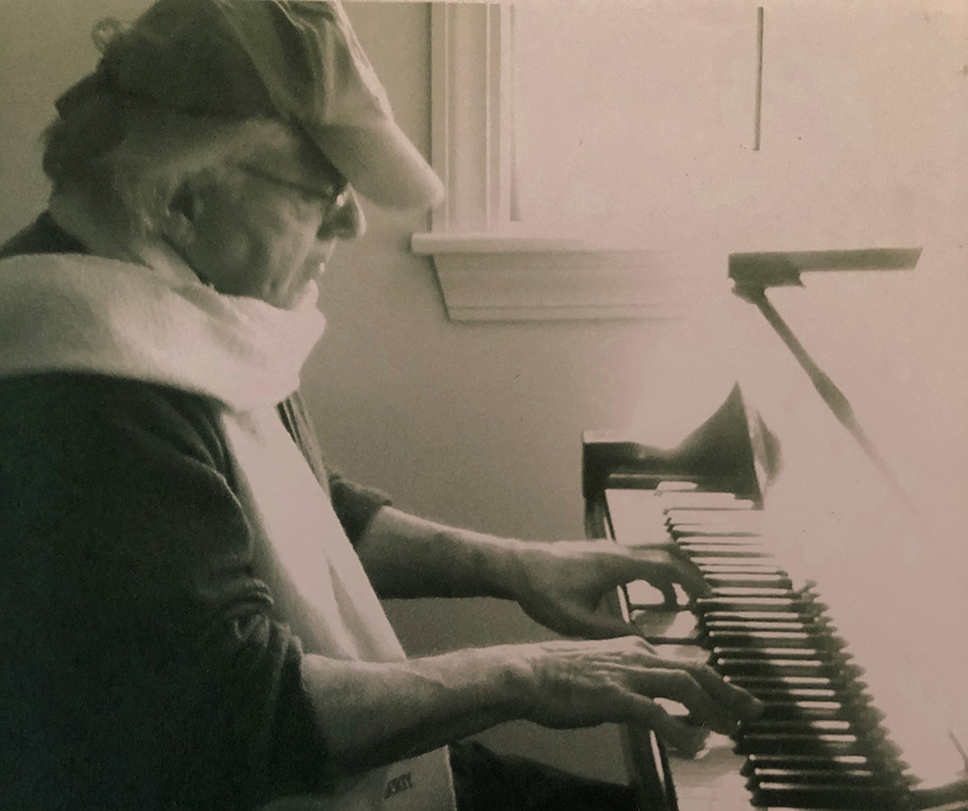 When he composed, Professor Wesley Fuller gave voice to the improvisatory whims of nature that moved and haunted him: the chaotic path of a bird in flight, the scudding of a cloud across a darkening sky, the spray of sea against a cliff — all would have found their way into his music.

“He was fascinated by the unpredictable patterns of both the natural world and the emotional world, and he mapped them, in a sense, into his utterly unique universe of sound,” his daughter, Cathy Fuller, recalls. “And it was important to him that his students should appreciate the beauty of complexity.”

A native of Worcester, he did his undergraduate work at the Oberlin Conservatory of Music and graduate work at Boston University, then taught at Wheaton College before joining the Clark faculty. He served as the chair of the Music Division, founded the Clark Computer Music Studios, and co-founded the Tri-College Group for Electronic Music and Related Research.

Ben Korstvedt ’87, professor of music, recalls that during his student days at Clark, Fuller offered instruction that fused rigor with insight in a way that had an enduring influence.

“Wesley Fuller was a teacher who made an impact,” Korstvedt says. “He was a brilliant musician and could inspire you as well as push you pretty hard. There are numerous compositions that I studied in his courses than I never hear — or teach — without reflecting on what I learned from him.”

Cathy Fuller says her father was always keen to cross disciplines, engaging with faculty in film, theater, and languages to collaborate on new ways to create and teach. He launched The Celebrity Series, attracting musicians of renown to perform at Clark, and he even had a celebrity pal of his own. Wes befriended Judy Garland when she came to Boston to perform, and the two developed “a deep and wonderful relationship,” Cathy remembers. “He became her artistic adviser, and Judy adored him.”

Clark honored Wesley with the title of George N. and Selma U. Jeppson Professor of Music (Emeritus). He took an early retirement to compose in his private studio in Florida.

Teaching music at Clark was a Fuller family endeavor. Cathy and her mother, Evelyn Fuller, both taught piano at the University, as did Wes’ husband and partner of 54 years, Jacques Linder.

Wesley Fuller’s music has been heard and performed internationally. His latest recording of music for computer-generated sound and instruments was released posthumously. His projects had been funded by the National Endowment for the Arts, the Andrew W. Mellon Foundation, and many more. The months he spent in the south of France as resident composer at the Camargo Foundation were a highlight of his personal and professional life.

“Wes’ compositions express his amazing capacity to bring together both intense intellect and intense human emotion — beautifully crafted and rewarding to hear and to contemplate,” says Linda Dusman, a former music colleague at Clark. “He was always ready to appreciate both the mundane and the spectacular with an artist’s response. His absence in this world is a great loss, and I am sure his forward-looking contributions to the cultural life of Clark live on.”