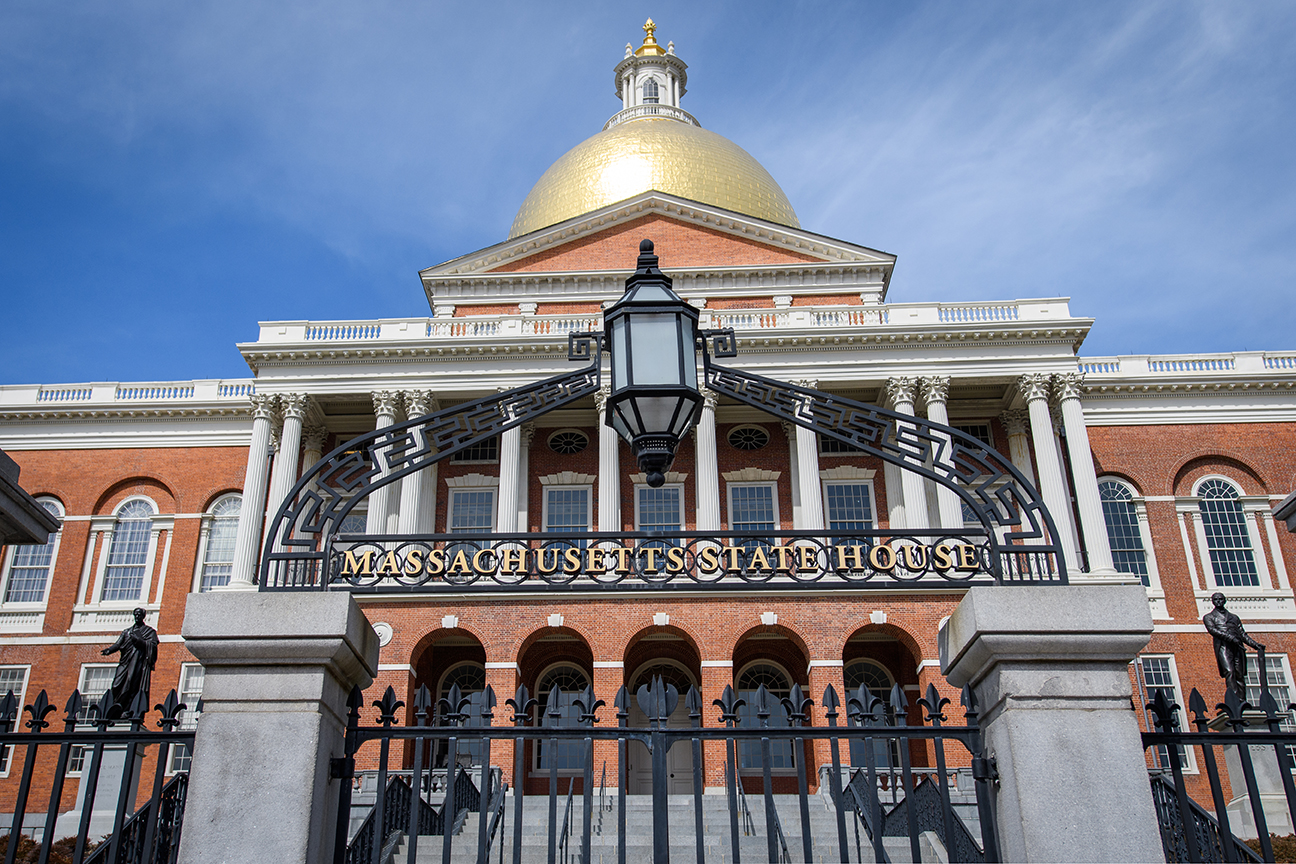 It’s always been important to Sam Segal ’21 to use the privileges he’s afforded to make a difference for others in the community around him, so when the opportunity arose to intern with Rep. David LeBoeuf, D-Worcester, this summer, the Clark University political science major was eager to begin working on initiatives aimed at improving youth education throughout the state.

“The main thing that drew me to Rep. LeBoeuf is that he campaigned mostly on community and education issues,” Segal says. “I’m studying political science and I’m a community, youth, and education studies minor, so that focus aligned well with what I’m interested in. After our first conversation, it became clear we had similar interests in what kind of policies we’d like to see implemented in our communities.”

Segal spent the summer working on a bill aimed at improving educational outcomes for children in the foster care system, and researched legislation that would establish a universal pre-K program in Massachusetts. He focused on outreach to stakeholders — both within and outside of the state — to gather information about their experiences with similar policies, and analyzed existing policies related to the initiatives.

At the end of his internship, Segal prepared an updated policy report with the new information he gathered that will eventually be submitted to a legislative committee.

“Rep. LeBoeuf did a great job adjusting to make sure this experience was still safe and valuable for me during the pandemic. All of our discussions and meetings with other officials took place over Zoom, email, and phone,” he says. “While I worked from home, we still met regularly over Zoom to discuss any questions or clarification on projects and assignments.”

When he arrived at Clark, Segal volunteered with Big Brothers Big Sisters — a rewarding experience he says affirmed his interest in working with youth — and took a First-Year Intensive (FYI) course with former President David Angel through which he got to know small-business owners in the Main South neighborhood. He also worked as a camp counselor the summer after his first year of college.

“All of those experiences drove home the idea of trying to improve the community,” Segal says.

He landed his summer internship with the help of his adviser, political science professor Mark Miller, who introduced him to Rep. LeBoeuf — who began his college career at Clark before transferring. Segal also worked as a research assistant for Miller, helping him with a project on the role of state attorneys general in major court cases.

In addition to connecting Segal with several job and internship opportunities, Miller has also been instrumental in helping Segal plan for his career after graduation.

Segal will pursue his master’s degree in community development and planning through Clark’s Accelerated B.A./Master’s Degree Program and continue on to law school with the goal of pursuing a career in civil rights law and community law. “I want to help those around me work to achieve the justice they deserve and continue to be denied,” he says.

Through his minor, Segal took several courses that shaped his perspective and broadened his understanding of current issues, including Complexities of Urban Schooling and a special topics seminar on epistemic injustice. He says professors Eric Demeulenaere and Sarah Michaels have changed the way he views himself and the society around him.

“Thanks to their counsel and innumerable lessons, I have learned to recognize disparities where they exist, and to seek out injustice where it may be hidden,” he says. “My experience in Eric’s class taught me about ways that a community, even Clark’s, can improve its diversity — not just demographically, but also in terms of what curriculum is covered and what voices are central to the conversation.”

“Clark has helped me affirm my desires to work to uplift my community. Throughout my experience here, I have observed the ways in which inequality persists in nearly every aspect of life for those that experience it and those that benefit from it,” he says. “Clark has helped me realize that achieving equity for those in my community is what will drive my passions and interests going forward.”

Through the Career Connections Center, you can find a job or internship, connect with employers and alumni career professionals, work on your resume, practice your interview skills, obtain advice, research careers, and much more. #clarkconnectsyou