Roger Bibace, longtime professor of psychology at Clark University, died on July 19, 2020, at his home in Worcester, with his wife of almost 60 years by his side. 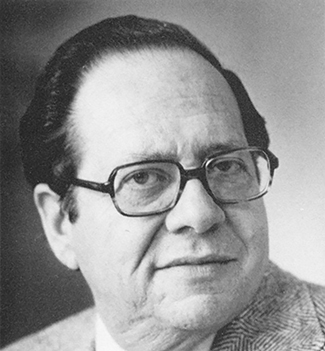 Born in Alexandria, Egypt, Professor Bibace earned a doctorate at Clark in 1956, a dissertation that was named outstanding by the department and referred to the American Psychological Association’s Division of Clinical Psychology. He subsequently served as the first national chairman of an APA committee comprising graduates from APA-accredited programs.

Bibace joined the Clark faculty in 1957, and was eventually named a full professor in 1970. He directed the Psychology Department’s Psychological Services Center from 1965 to 1971 and its Clinical Training Program from 1973 to 1977. He retired as professor emeritus in 2006.

While his wide-ranging career was grounded at Clark, he applied his insatiable intellectual curiosity across a variety of academic institutions and programs in psychology and medicine, working to connect psychological theory with the lives of people in the community. He was guided by this maxim: “Thinking without doing is empty. Doing without thinking is meaningless.”

Bibace joined the UMass Department of Family Practice in 1976 as its part-time Director for Behavioral Science. He observed doctor-patient interactions at the department’s Family Health Centers and reveled in the opportunity to spend time in the exam room to learn how doctors interact with their patients, taking copious notes — verbatim transcripts of the interactions — that he reviewed with the residents after the visit. He recruited additional psychologists to the faculty, assuring that a focus on the doctor-patient relationship remained front-and-center for the developing specialty. He was a major driver in the establishment of the Department’s faculty Balint Group, which continues today in its fifth decade.

Bibace also served in several capacities at Worcester State Hospital, including as a psychologist, director of training for the hospital’s pre- and post-doctoral program in clinical psychology (1957-65), and as a clinical consultant to psychiatry residents (1965-74). In addition, he was a consulting psychologist with the Worcester Public Schools, Worcester Police Department, the Judge Baker Guidance Clinic in Boston, the Boston VA Hospital in Jamaica Plain, and Montreal Children’s Hospital.

He was active on a variety of committees and workgroups at the American Psychological Association, including as part of site evaluation teams for doctoral programs in clinical psychology.