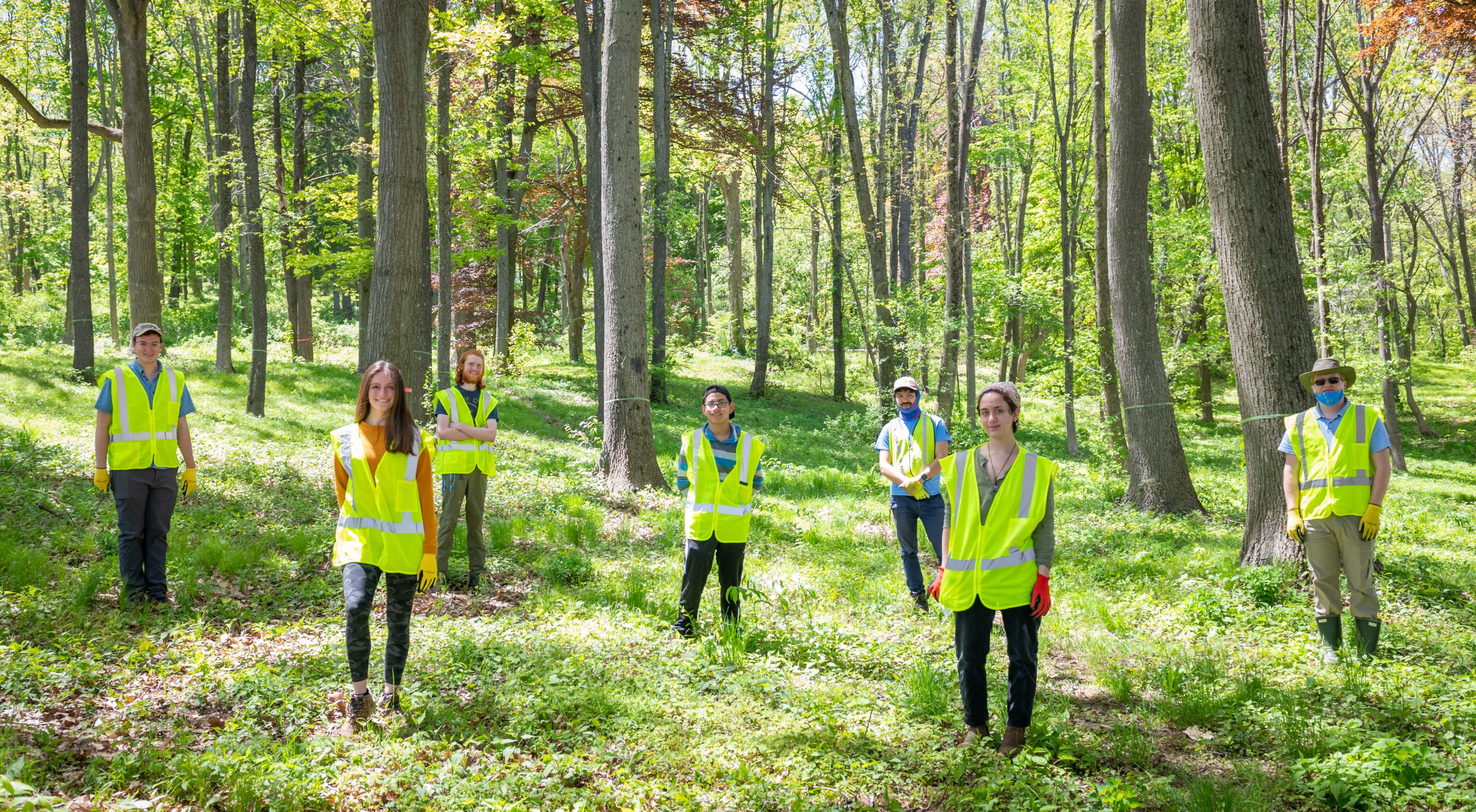 Each summer for the past five years, Clark University’s HERO (Human-Environment Regional Observatory) Program has partnered with the Massachusetts Department of Conservation and Recreation’s Greening the Gateway Cities Program to research the effects of tree-planting initiatives in urban residential areas throughout the state.

After the COVID-19 pandemic closed campus in mid-March, Geography Professor John Rogan, who oversees the program with Professor Deborah Martin, knew the team of 2020 HERO Fellows would have to take a different approach to this year’s research. Instead of doing traditional fieldwork, the group worked remotely to analyze land-use and temperature sensor data from three gateway cities — Holyoke, Fall River, and Chelsea — to find out whether the Greening the Gateway Cities Program is meeting its goal of reducing household energy use by increasing tree canopy cover in those areas.

On Thursday, the group presented its findings to local and state leaders during a virtual Stakeholder Summit.

“It’s day and night between what the students did last year and what they did this year, but it’s all for the same cause,” Rogan says. “It’s about understanding the benefits of trees that are planted in urban areas in the context of regional temperature increases and environmental justice concerns.”

This year’s HERO Fellows — Valeria Chavez ’21, Anna Massinger ’22, Alvaro Esparza ’21, Galen Oettel ’21, and Will Sanders ’21 — spent the last eight weeks analyzing land-use and temperature sensor data from Holyoke, Fall River, and Chelsea. The data, which begins in 2017, revealed that the cities’ residential sites with 20 or more trees planted nearby showed cooling effects over time. In those areas, sensors showed the most cooling effect during peak energy load hours (4 to 7 p.m.) in July and August, when residents are most vulnerable to extreme heat.

The students found a significant correlation between number of trees planted and cooler temperatures in Holyoke, with a cooling response of 0.07°C per tree planted, but produced inconclusive associations in Chelsea and Fall River.

“We were excited that temperature sensors were concentrated in residential areas because we wanted to know how community members in low-income areas like gateway cities are affected by a lack of urban canopy cover at home,” Sanders told stakeholders. “They shoulder the burden of high energy costs and will limit air conditioner use in order to pay for other expenses. This can cause heat-related health complications and exacerbate preexisting conditions.”

The team hypothesized that changes in elevation, heavy mixed land use, and clustering of sensors all added complexity to the landscape in Fall River, while Chelsea’s consistently hotter temperatures — which are likely due to the city’s relatively low amount of vegetation cover — have made it difficult for recently planted trees to create a cooling effect there yet.

“We keep coming back to the conclusion that trees need to grow, trees take time to grow, and they work on their own schedule,” says Mathew Cahill, director of the Greening the Gateway Cities Program. “It’s really great to see this baseline, to start somewhere and begin to see hints of what we’re expecting.”

In addition to the Fellows’ work with DCR, the team has also helped maintain Clark’s Hadwen Arboretum, clearing trails, removing invasive species, and planting trees in conjunction with the Worcester Tree Initiative (Tower Hill Botanic Garden) — all while adhering to strict social distancing guidelines. The students analyzed temperature data from the area and found that the arboretum is consistently cooler than the surrounding area, which is likely due to its high amount of tree canopy cover.

“Our work at the arboretum has been extensive and directly valuable to the health of the trees within it and the community that surrounds this green space,” Massinger says, adding that the program hopes to foster additional neighborhood involvement in the future.

Chavez, who applied to the HERO Program at the recommendation of previous fellows, says the program has been an excellent opportunity to learn new skills — especially coding. She says each team member brings a different set of strengths, and that workshops helped the group learn everything they needed to know to conduct their research.

“I feel more comfortable and confident on my own skills to find a job after college because of this program experience,” Chavez says. “If you know how to code, that opens a lot of doors.”

For the past 21 years, HERO Fellows have researched the interaction between humans and the environment, examining topics from residential lawn care to the area’s recovery from Asian Longhorned Beetle damage. The program has received nearly $2.5 million in research funding, much of it from the National Science Foundation, and generated more than 60 book chapters and articles in peer-reviewed journals.

This year’s team is mentored by Rogan, Martin, and graduate students Nicholas Geron and Marc Healy.

“It’s exciting, it’s a lot of fun,” Rogan says. “The students enjoy the mix of data analysis for very practical reasons. They’re learning about how to interpret and graph data while also doing fieldwork for a much longer-term goal.”