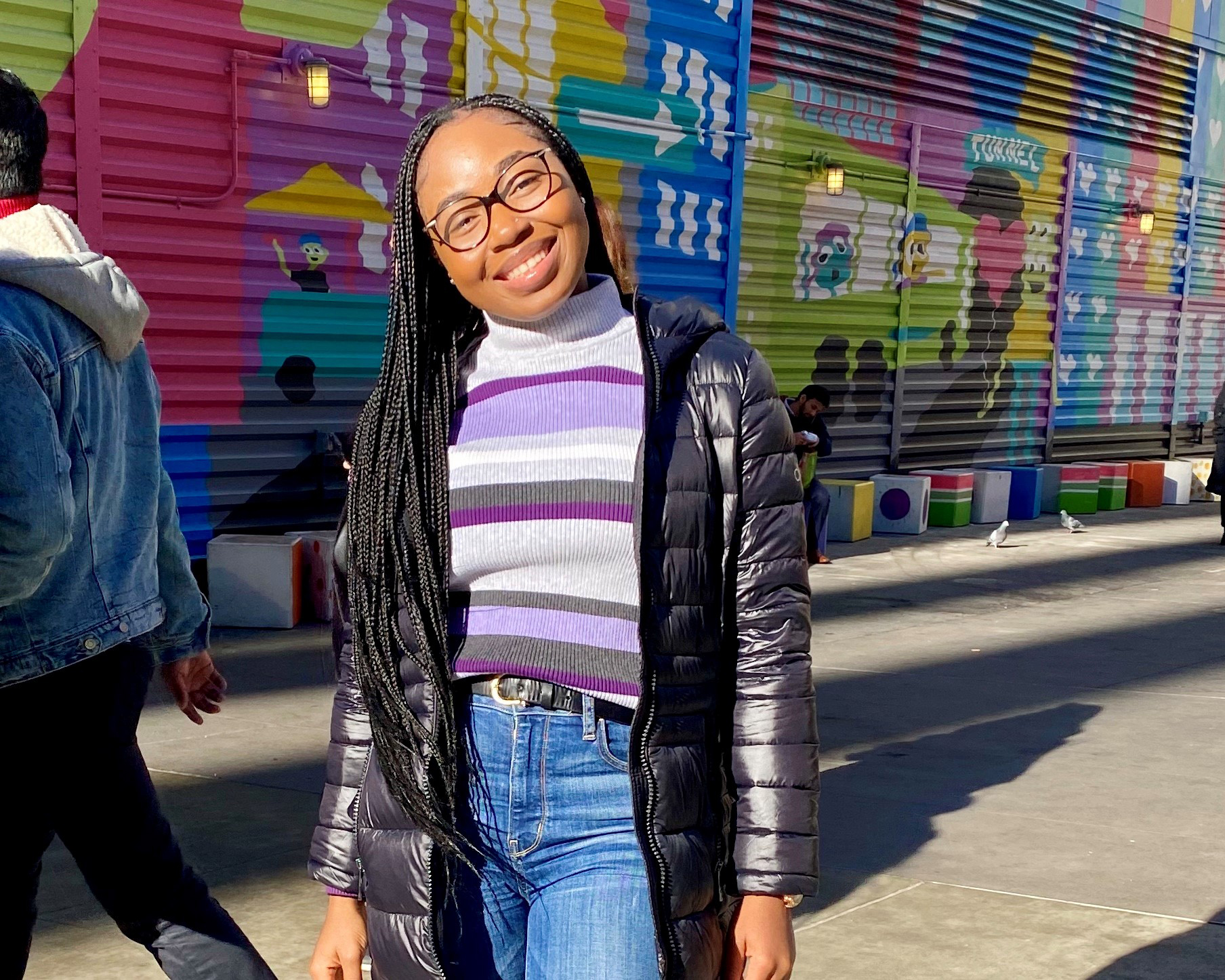 When Morufat Bello ’20 was growing up in Nigeria, politics weren’t a frequent topic of conversation in her household. But one thing her family did do? Watch the news — a lot.

“Watching the news sparked my curiosity and I wanted to understand more,” Bello recalls. “That’s how I started trying to better understand the politics within Nigeria — just seeing how problematic, complicated, and complex they were.”

That interest led Bello to Clark University, where she majored in political science with a concentration in international relations. After spending four years as a member of the Black Student Union — serving as president her sophomore and junior years — and completing several internships in her field, Bello was accepted into one of the nation’s top graduate programs for foreign affairs.

This fall, she will begin working toward her master’s degree in security policy studies at George Washington University’s Elliott School of International Affairs. Eventually, she hopes to work as a policy analyst for a think tank in the United States.

“I’ve always been very passionate about international affairs and global politics, so that was an easy decision to make in terms of what I wanted to focus on,” Bello says. “I wanted to advance my own studies and further my own knowledge.”

Bello moved to the United States shortly before beginning her first year at Clark.

She says her memberships in the African Diaspora Dance Association and the Black Student Union helped her become the confident, outspoken person she is today. “Positions where you have to make decisions, and consider everything before you make them, give you the ability to think critically,” she says. “They also help you learn to solve problems.”

Bello’s efforts outside the classroom didn’t end there.

The summer before her junior year, Bello interned for Rep. Jim McGovern. The experience gave her a solid foundation in politics and allowed her to engage with a number of issues she’s passionate about, including immigration. The following year, she interned at the International Institute of New England in Boston, where she helped resettle refugees to the United States and worked with people who had been granted asylum, helping them to locate resources, enroll in ESL classes, and job train. This summer, she is interning at the Washington, D.C.-based Center for International Policy, where she works in the Africa Program, researching U.S. foreign policy toward Africa.

“So far, that has been a great experience. I’m really excited about it because that’s what I want to do ultimately, and I feel like the internship experiences and classes I had at Clark led me toward this position,” she says.

As she was applying to graduate programs, Bello says Jessica Bane-Robert, director of Prestigious Fellowships and Scholarships at Clark, was beside her every step of the way — including over winter break when campus was closed.

“Being a first-generation student is a different reality, and having someone like her helping you through things you’ve never done before — things that nobody in your family has ever done — was a great comfort to me,” Bello says.

In addition to George Washington University, Bello was accepted into graduate programs at American University and Johns Hopkins University. She enrolled at GW after receiving a fellowship, and because its program better catered to her long-term goals.

“Clark Political Science Professor Michael Butler told me one of the reasons to go to grad school is to be an expert on something,” Bello says, “and GW will let me be one on security issues in Africa and internationally.”

George Washington’s program focuses on international security issues with an emphasis on 21st-century challenges, like the threats posed by terrorist and criminal networks, instability from technological developments, climate change, and health pandemics.

As she pursues her goal of becoming a policy analyst, Bello has embarked on another project — writing and publishing her own op-eds.

“When I do get into the workplace, I want to have things that I’ve done that show I’m serious about my career options,” she says.