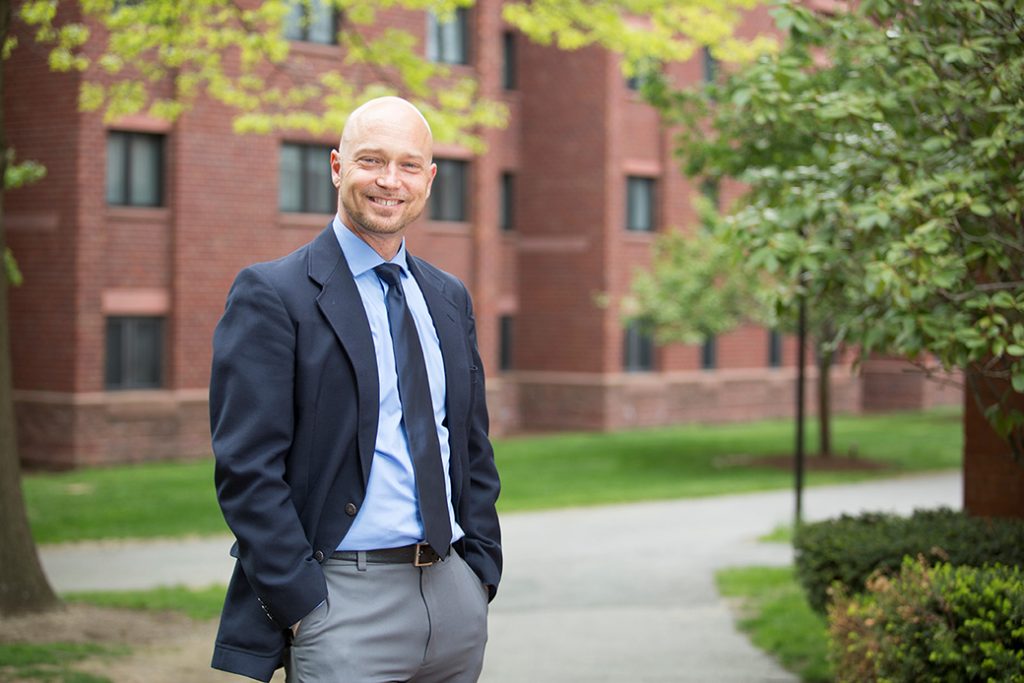 If there’s ever been a time when those working in the academy should merge their academic selves with their commitment to activism and justice and “take knowledge to the streets,” that time is now. It’s only fitting that Eric DeMeulenaere, associate professor in Clark University’s Department of Education, published just the blueprint for doing this. DeMeulenaere’s new book, “The Activist Academic: Engaged Scholarship for Resistance, Hope and Social Change,” which he co-authored with Colette N. Cann, of the University of San Francisco, will launch during an online event over Zoom (Meeting ID: 712-872-4008) on Monday, June 8, at 3 p.m. (EST). 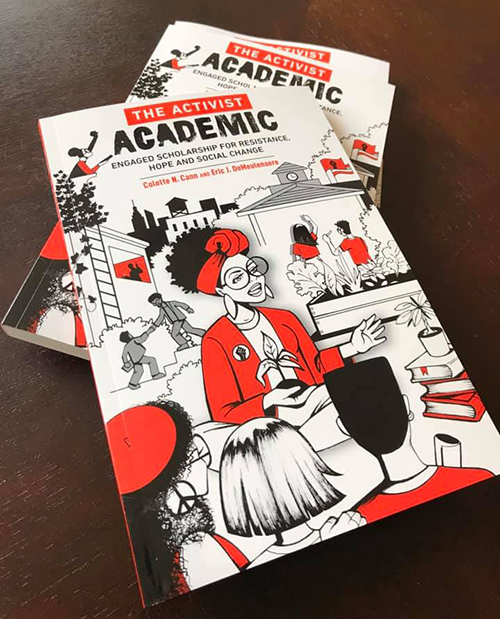 DeMeulenaere said the idea for “The Activist Academic” was born after the election of Donald J. Trump forced academics to acknowledge that promoting social change though traditional research, writing, and teaching was insufficient. In an era of corporate media and “alternative facts,” he says, academics committed to justice should not simply rely on disseminating new knowledge, but “must step out of the ivory tower and enter the streets as activists.”

“The book captures this journey of ours to make sense of an academic life that was not simply about achieving tenure, but to use our power to make an impact in the communities where we work with the people we love while still being able to build an academic career,” DeMeulenaere says.

“The Activist Academic” reads like a two-person memoir, yet it’s packed with theory and deep analysis. DeMeulenaere says the book is “accessible to all who hold a deep commitment to social justice and yet struggle with the contradictions of trying to do that work within complex institutions.”

DeMeulenaere encourages members of the academy to resist the temptation to return to what was “normal” prior to the pandemic and before the nationwide protests following the killing of George Floyd by a Minneapolis police officer.

“As activists fighting for social change, returning to what was, despite the comfort it might bring, can never be our goal,” he says. “Now is precisely the time to be envisioning and dreaming not of the return to an old world, but to an arrival of a better world. … We know that crises most often bring out the best in humanity. How do we harness this crisis to accentuate our generosity, love, and humanity to move us to turn what once seemed impossible to the imaginable and eventually to the real?”

DeMeulenaere’s most recent publications include “Disrupting School Rituals” (2019), “The HeART of Listening” (2018), and “Creating Dangerously” (2018). A full list of his works can be found here.