Positions support research and work of faculty in biology, psychology, and music
By Clark News and Media Relations 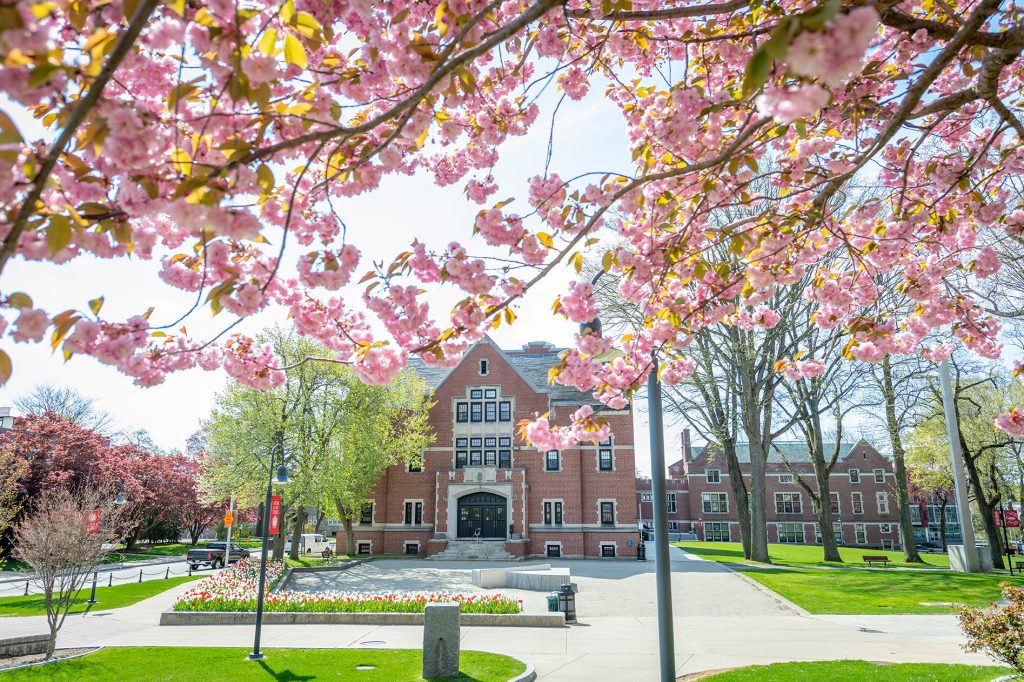 Clark University has announced the new recipients of endowed chairs in the departments of biology, psychology, and visual and performing arts, including a new biology chair named for Dr. Mary Despina Lekas ’49.

The first holders of the 3-year, rotating Mary Despina Lekas Endowed Chair in Biology are Philip Bergmann and Néva Meyer, both associate professors. The chair was established through a generous gift by Lekas and her husband, Harold Picozzi, to support the scholarship, teaching, and research of the chair holder.

Bergmann’s research takes a broadly integrative approach to studying the evolution and diversification of functional morphological systems, particularly body shape. In the last decade, he has published 17 peer-reviewed articles and chapters and has received external funding from the National Science Foundation for studies in which he was principal investigator. Bergmann teaches courses in comparative vertebrates, human anatomy, and herpetology, which has an organismal focus and cover many aspects of the diversity and evolution of amphibians and reptiles.

Meyer’s research is in evolutionary developmental biology with a focus on understanding how nervous systems evolved. In the last decade, she has published 10 peer-reviewed articles and chapters, and has also received external funding from the National Science Foundation for studies in which she was principal investigator. Meyer teaches courses in neurobiology and physiology.

The Warren Litsky ’45 Endowed Chair in Biology, a 3-year, rotating position established in 2008, was awarded to Professor Robert Drewell. Established in 2007 through a bequest gift from the estate of Warren Litsky, the Litsky chair supports the work of a professor in the field of biology.

Along with chairing the Biology Department, Drewell also directs the mathematical biology and bioinformatics concentration. The research in his lab applies experimental molecular genomic, mathematical, and computational approaches to investigate the regulation of gene expression during development. In the last decade, he has published 28 peer-reviewed articles and chapters, and has received 24 external research and program grants from sources including the National Institutes of Health, the National Science Foundation, the Howard Hughes Medical Institute, and the Beckman Foundation, with a total value of $7.7 million.

Professor Abbie Goldberg was named the Jan and Larry Landry University Professor, established in 1997 from a generous gift by Larry Landry ’71, MBA ’75, and his wife, Jan. During the 1970s, Larry Landry served as Clark’s vice president for business and finance; he is also a member and past chair of the Clark University Board of Trustees. The holder of the Landry Chair acts as an academic leader for the entire Clark community and symbolizes Clark’s aspirations in higher education.

Goldberg’s research examines the lived experiences of diverse families — e.g., families with lesbian, gay, and/or adoptive parents — as well as transgender and gender-diverse students in higher education. During her career she has published more than 120 peer-reviewed articles, three books, and co-edited four additional books. Goldberg also has received funding from the American Psychological Association, the Alfred P. Sloan Foundation, the Williams Institute, the Society for the Psychological Study of Social Issues, the National Institutes of Health, and the Spencer Foundation.

Associate Professor John Aylward was named the George N. and Selma U. Jeppson Professor of Music, established in 1970 by the Jeppson family to support an outstanding professor in the field.

Aylward is the current director of Clark’s music program, and is the artistic director and co-founder of Ecce, a contemporary music ensemble. As a composer, Aylward’s music comprises solo works, chamber music, orchestral work, and music for film. The Boston Globe has described Aylward as “a composer of wide intellectual curiosity” who summons “textures of efficient richness, delicate and deep all at once.” He recently completed works commissioned by Sound Icon, the Washington Square Contemporary Music Society, and Open Space. His awards and fellowships include those from the John S. Guggenheim Foundation, the American Academy of Arts and Letters, the Radcliffe Institute at Harvard University, the Koussevitzky Commission from the Library of Congress, the Fulbright Foundation, and more.