As a member of Clark’s swimming and diving team, Emma Bulman ’20 feels at home in the water. So it’s only fitting that she’s focused her undergraduate research there, too. 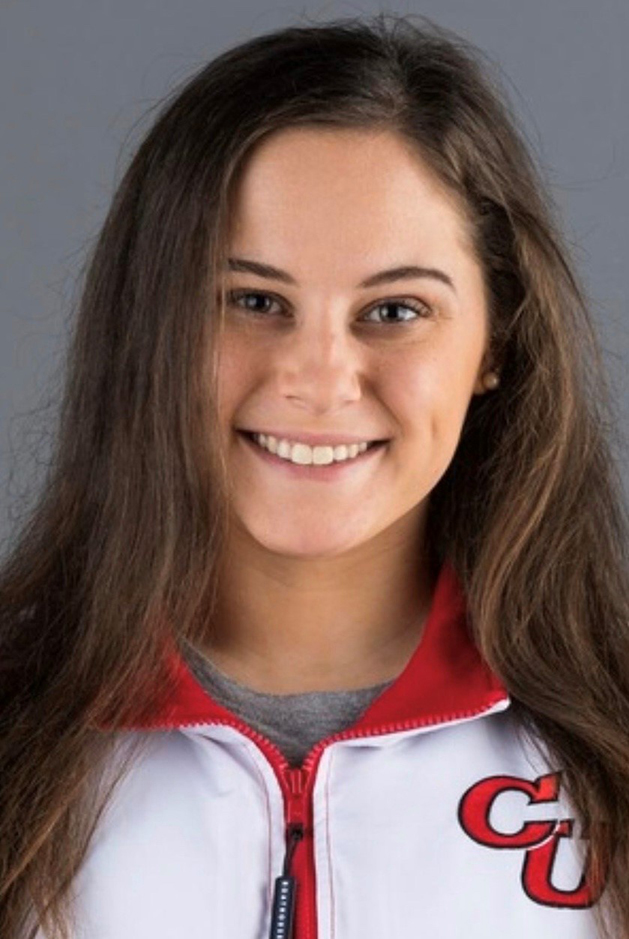 A biology major, Bulman spent the last two semesters as a member of the Foster & Baker Lab, where she worked on a life history morphology project of the stickleback fish — a species that has undergone a remarkable evolution in freshwater lakes and streams since the last glaciers receded approximately 20,000 years ago. “I’m such a lab rat,” she says. “I need to be doing things with my hands — learning, discovering, and figuring out how things work.”

Her research ended after the COVID-19 pandemic closed campus, but Bulman is finishing up the rest of her coursework online from home.

Bulman knew she wanted to study the sciences even as a high-schooler. After watching a live surgery while attending the Congress of Future Medical Leaders and Physicians, she decided she would one day major in biology and attend medical school. But when she got to Clark, Bulman fell in love with research.

“I love sitting in the classroom and learning,” she says, “but I feel like there’s no better way to figure what I want to do than by actually doing it.”

She certainly practices what she preaches. Bulman has spent the last four years involving herself in nearly every facet of campus life. During swim season, she starts her day at 5:30 a.m. with a two-hour practice before heading to class. Then, it’s off to one of several extracurriculars: Before campus closed, Bulman worked in the fitness center, and serves as president of the Student-Athlete Advisory Committee, and is a One Love facilitator with the Title IX office.

“I just love to be busy and involved in doing things,” she says. “It’s important to me to always be forming meaningful relationships. I meet new people every day.”

Bulman knew she belonged at Clark after her first overnight stay on campus during an athlete-recruitment trip. Having swum competitively in high school, she wanted to continue at the collegiate level and felt at home with the team. When she returned to campus for Accepted Students Day, Bulman told her parents she wanted to enroll right then and there.

“I just had a feeling that this was where I was supposed to be,” she says. “I loved the feeling of community. The swim team was so welcoming, and I felt like I already had friends before I got to campus.”

Bulman usually has a swim meet every weekend during swimming and diving season, which begins in September and ends in February. The four-hour competitions are held on Saturdays, and sometimes include multi-day events.

In January, Bulman traveled with the team to Puerto Rico for a week of training. In addition to practicing, she hiked in the rain forest, spent time at local shops, and experienced a new culture. She was there when a series of earthquakes shook the island, and saw the residents’ resilience first-hand.

“It was eye-opening to be in a place that has been hit by so many natural disasters over the last couple of years,” she recalls. “To see how strong and almost unfazed the people were through the whole thing was unbelievable.”

Now, Bulman is preparing to graduate. She completed an internship at Verax Biomedical in Marlborough, Mass., last summer and plans to pursue research in human biology after graduation. She is currently exploring opportunities with Tufts Medical Center as well as in the area of COVID-19 testing and process development.

“I’m excited to take what I learned and make some sort of a difference,” she says. “I’m ready to show how versatile my education is.”