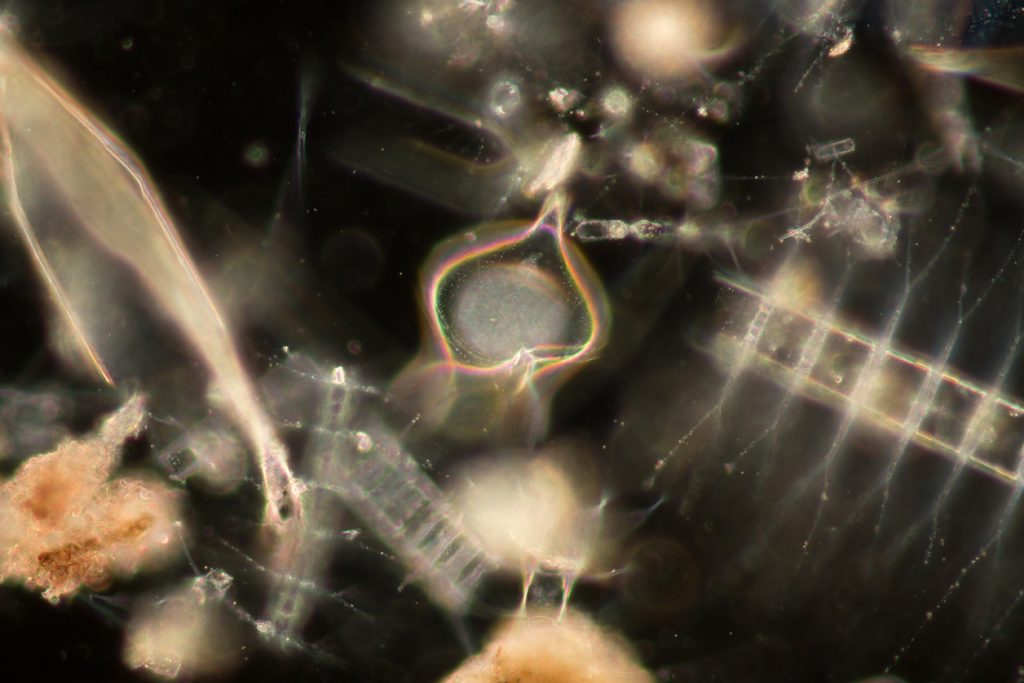 Relatively little is known about the genetics of diverse microscopic organisms that form vital and complex food webs in the world’s oceans. Five years ago, Biology Professor Deborah Robertson and her colleague G. Jason Smith (Moss Landing Marine Laboratories) received funding from the Gordon and Betty Moore Foundation’s Marine Microbial Initiative and joined an international collaboration of more than 100 scientists charged with creating the tools and protocols necessary for studying the genetic details of microscopic marine creatures called protists. The result, a resource article titled “Genetic tool development in marine protists: emerging model organisms for experimental cell biology,” published recently in Nature Methods, has been called “an essential step forward in understanding the cellular instructions that underpin microbial life in the sea.”

“Single-celled eukaryotic organisms, collectively referred to as protists, are spectacularly diverse in terms of size, form, biochemistry, evolutionary history, and ecological function, and are drivers of many biogeochemical cycles and food webs in our world’s ocean,” wrote Professor Robertson. “Having the ability to make changes in the genomes of these diverse organisms will advance our understanding of species-specific responses to environmental variation, including climate change, and our ability to explore novel regulatory and biochemical pathways.”

Robertson said that the research she did in collaboration with 112 other Moore-funded scientists at 53 institutions in 14 countries was “a community effort” to develop the experimental tools needed to understand the cellular “instruction manual” of these important organisms.

Robertson said that by including examples of successes and difficulties in the paper, it “can serve as a roadmap for other scientists looking to develop genetic tools for other non-model organisms.”

Professor Robertson’s overarching research focus is on the physiological ecology and the evolution of nitrogen metabolism in marine diatoms and other marine algae. Her research has been funded by the Moore Foundation, the National Institute of Health and the National Science Foundation. In the two decades she’s taught at Clark, Robertson served in several leadership roles and was recognized with a junior faculty award and twice received an Outstanding Teacher Award. Professor Robertson was recently lauded for being an outstanding mentor in an article in Nature.

For more details about this recent collaboration, visit the Moore Foundation website.