‘Be active with communicating’: An interview with Volha Hrytskevich ’13

Volha Hrytskevich ’13 is a world traveler. The native of Belarus earned her degree in economics and political science at Clark before working in Washington, D.C., and then earning her master’s degree in London. She now lives and works in Sydney, Australia. We checked in with her to see how the pandemic has affected her life halfway across the globe. 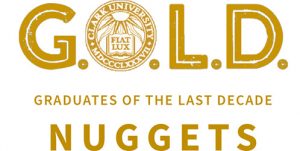 To kick things off, tell us where you are now and how you got there?

Hello! I’m originally from Belarus and I studied for my international baccalaureate for the last two years of high school in Norway, which allowed me to apply to the universities in the U.S. I ended up choosing Clark because I was very excited about the international development major, which was very rare to find at the undergraduate level. After Clark, I spent three years working in Washington, D.C., then I moved to London for my master’s program, and now I live and work in Australia! (Can you say I like to travel?)

Is Sydney, Australia, really one of the best places in the world to live? (Full disclosure: the interviewer grew up in Sydney)

I came to realize that it is the people that make the place, not the reverse. For this reason, I still love D.C. more because of such strong memories of being surrounded by my best friends from Clark, and the things we did together. When I came to Sydney, I didn’t know anyone. You can imagine how overwhelming it felt to arrive at a faraway isolated continent with no one you know!

As I became familiar with the city, got to know the people and the beach, and tried my hand at surfing, my perception began to change. Where else in the world can you walk to a beach with a tasty coffee or even get in a surf session before you get into the office? I love the no-tips restaurant culture too, but do wish Sydney was more bike-friendly.

How are you doing now? How has the COVID-19 pandemic affected your life?

My work allows me to work from home on a full-time basis, so I’ve been lucky to keep my job, unlike many millions of Australians. Luckily — and I acknowledge how lucky and privileged I have been in this — the pandemic has affected me for the better in terms of my lifestyle. I have been able to dedicate more time to exercising outdoors (which is allowed here). I surf, run, do yoga, or simply walk around a park or the beach (while keeping social distancing, of course). I’ve also been cooking much more and catching up with people I haven’t been in touch for a while. At the same time, I am extremely worried about my family back in Belarus; as of today [April 22nd], the government hasn’t announced any level of lockdown.

You mentioned that you’re allowed to exercise outdoors in Australia at the moment. What has Australia been like during this time and what have they done to combat the pandemic?

While I was not happy with the election of the incumbent prime minister’s party, primarily because of their policy on climate change, the Australian government’s response to fighting the pandemic has been quite effective. They have taken various measures from the very start, such as closing the border and passing stimulus checks to businesses and the unemployed. No doubt the economy will suffer greatly, but the government was trying to smoothen the potential damage. Looking at the casualty statistics now, Australia appears to be on top of “flattening the curve.”

On the individual level, you probably know about the toilet paper “civil war” we had at the onset of the pandemic. People panicked at first but today, you see people behaving better following the government restrictions. However, many beaches remain closed in response to people violating social distancing recommendations. So, like many other countries, it hasn’t been without its challenges.

On the other hand, how has your home country of Belarus been dealing with the pandemic in contrast to Australia? You mentioned earlier that they still haven’t ‘locked down’?

Sigh … simply different worlds. This pandemic has shown me the value each government places on its citizens, especially the elderly, as they are the most vulnerable. The Belarusian president has been greatly undermining the magnitude of the problem, refusing to act to protect people from catching the virus and possibly dying. It was disturbing to learn that the government was in denial of the extent of the problem, despite the evidence from other countries. I still call my family every day to remind them to not go out despite the lack of enforced lockdown or any other anti-pandemic measures.

Speaking of your family, I know it can’t be easy being away from them, literally halfway around the world, especially during times like these. What has it been like for you with your family on the other side of the world?

I hope I’ve been able to create some fear among my family and I’m saying this in a good way. My family is living in a place where things are continuing as if everything is normal. By calling my family every day and providing a dramatic narrative explaining how serious things are with the coronavirus, they started to be more cautious, disinfecting everything and everyone around. I fear that if something goes wrong, I would not be able to travel to be with them. And this is very scary.

In addition to my family, I’ve been reaching out to many friends to stay in touch, and people have also been reaching out to me even after months or years of not being in contact. I also love doing Instagram challenges these days as it has been a way to connect with people despite the barriers and borders and to have fun together amidst the pandemic.

Lastly, have you any advice or tips for self-isolation that you can share with us?

Be realistic about the grandiose projects you are hoping to complete during self-isolation! Can you accomplish all those fitness goals you set for yourself? Can you actually fix that coffee table you’ve been telling yourself you’ll fix for the last 9 months?

Spend the extra time you may have to get in touch with people you’ve lost contact with; be active in communicating with your loved ones! And consider giving back to those in need. Before the pandemic, my charities of choice were various animal shelters in Belarus, Thailand, and here in Australia. I have increased my contributions to these charities during the pandemic, as I understand how difficult it must be for the people running the shelters to continue sustaining the animals that rely on them. Finally, as the WHO recently recommended, watch your alcohol consumption!