ITS helps Clark meet the challenge of distance learning

On the morning in mid-March when Clark University resumed its classes in a virtual format, the Office of Information Technology Services was collectively holding its breath.

It turned out to be one of the quietest days the department had in weeks. 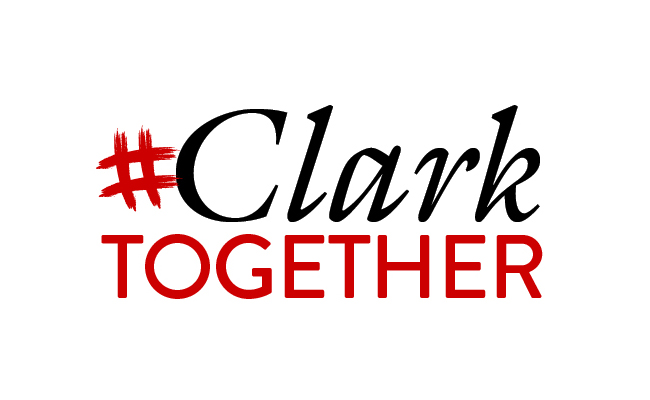 “The preparation we did, especially on the faculty and student side, paid dividends,” says Joseph Kalinowski, vice president for information technology and chief information officer.

Today, as much of the campus community lives, learns, and works remotely to help prevent the spread of COVID-19, the department continues to play an integral role in keeping everyone connected wherever they are. After surviving the initial rush of remote desktop, virtual private network (VPN), Zoom, and Panopto questions, IT staff are now discussing how to become more effective and efficient — all while preparing for summer and fall sessions, though knowing that the arc and severity of the pandemic leaves plans unsettled.

At the ITS Help Desk, manager Terrance McCormack and student supervisor Duncan Calder ’20 are on the front lines in supporting the community’s technological needs. They, along with 10 student workers, have moved their phone lines to Skype for Business and are working from home to respond to ticketed requests, emails, and calls from users across campus.

With the shift to virtual classes, McCormack said the Help Desk has seen an uptick in questions about uploading documentation to online platforms like Moodle, as well as more calls from faculty and staff about setting up remote desktops.

“People are relying on us more than ever,” he says.

As a computer science major, Calder has watched the IT department’s work pay off as both and IT worker and as a student. He says much effort went into expanding Clark’s online capabilities. Now, he uses many of the virtual systems in his own courses.

“About half of my classes are being taught over Zoom lectures, and that’s been going smoothly,” he says. “I’m sure that’s completely from the help of ITS being available to people when needed.”

When it came to creating the infrastructure to move classes online, Kalinowski’s department expanded the use of tools like Zoom and Microsoft Teams that were already in place. They began preparing for the transition in mid-February — weeks before the decision was made to close campus.

“The first thing we had to look at was our technology portfolio and see what existed and how we could best utilize it,” he says. “It’s not the right time to give people new technology, it’s the right time to get them used to what they have and are comfortable with because we don’t want technology to be a hurdle, we want it to enhance the learning and working.”

Meanwhile, other ITS staff began preparing laptop, camera, and microphone loans for faculty who would need to record videos, while others set up daily academic-continuity workshops to help professors conceptualize finishing the semester from a distance. In some cases, specific technology was needed. Some math professors, for example, were given iPads with styluses to write out equations on their screens in real time.

“While Clark does offer a large library of online courses in some of our graduate programs, the existing process is involved, very collaborative, and takes a full semester. That type of development wasn’t feasible with the short time frame faculty was faced with,” says Joanne Dolan, director of Academic Technology Services and Client Support. “A lot was created on the fly, but with a good foundation of experience — we’re lucky to have four people on staff with extensive online education experience who could advise faculty on the best ways to approach things.”

Even when they’re on campus, members of the IT department typically don’t see each other every day, as they’re split among several buildings. McCormack said the staff is working primarily via Microsoft Teams. The group’s performance over the past several months has reaffirmed what he already knew — that he’s part of a talented, hardworking team looking to help Clarkies conquer their technology challenges.

Kalinowski echoes McCormack, noting that figuring out the best way forward has been a unified effort.

“It doesn’t cease to amaze me how much effort, time, and commitment the staff has had,” he says. “It’s never, ‘Why are we doing this?’ It’s always, ‘OK, this has to happen and we will figure it out.’”