John Aylward’s ‘Ananke’ evokes the poetry of Ovid through music 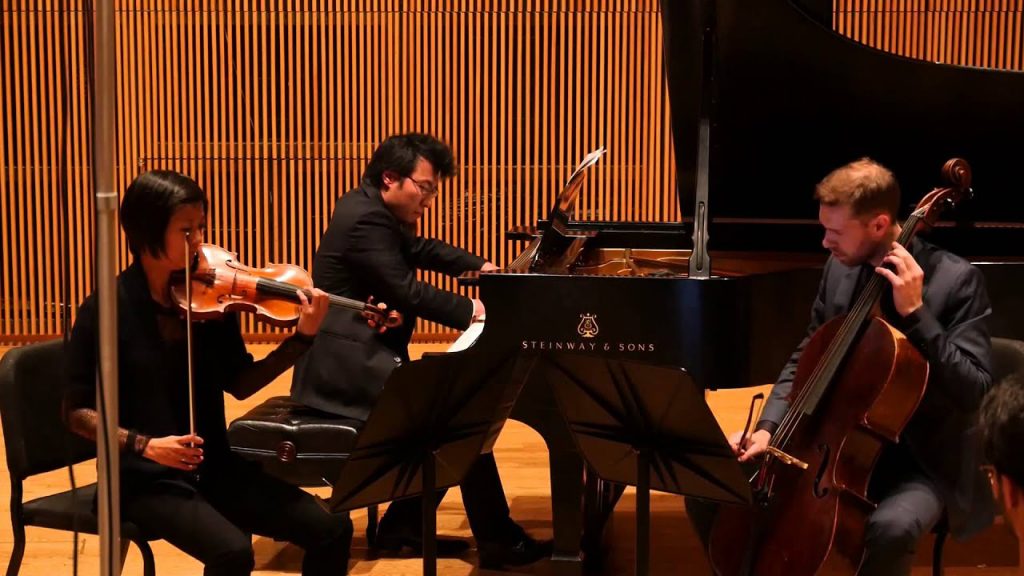 Mercury, a god with wings on his shoes, escorted the souls of the dead to the underworld. Daedalus strapped wings of wax onto his arms in an attempt to escape from prison. Narcissus fell in love with himself after seeing his reflection in a pool of water. Such is the fantastical stuff of Greek and Roman myths, many of which were collected in “The Metamorphoses,” written approximately two millennia ago by Roman poet Publius Ovidius Naso, also known as Ovid. 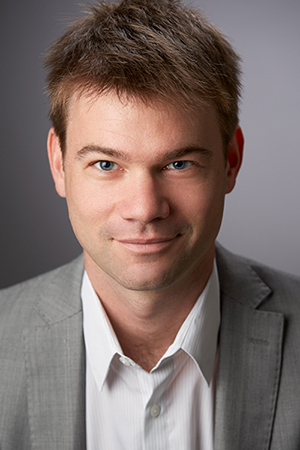 One of the many artists inspired by the stories in “The Metamorphoses” is composer and pianist John Aylward, professor of visual and performing arts at Clark University. His chamber work for eight instruments, “Ananke,” premiered Nov. 1 at the Good Shepherd-Faith Presbyterian Church in New York City’s Lincoln Center. Named for a goddess mentioned in “The Metamorphoses,” “Ananke” is the last in his cycle of four compositions, the others being “Mercury” (2014), “Daedalus”( 2016), and “Narcissus” (2018).

“Ananke is the goddess of fate,” Aylward says. “While Ovid doesn’t talk much about her, there’s a sense of fate and destiny permeating all these stories. I thought it would be interesting to take a larger perspective that wasn’t just about one particular story, but rather an entire world view.”

A strong advocate for the humanities, Aylward draws from a wide range of literary and philosophical sources. In “Ananke” he tries to evoke a modern perspective on Ovid’s poem.

“‘The Metamorphoses’ is a masterwork of its age,” he says. “I’m very interested in the classics because of what they can teach us. I’m interested in a lot of contemporary culture as well. Ovid’s poem is really about fascinating transformations, over very quick or very slow periods of time, that are perfect analogues to musical time. The ideas of constant change and relationship to nature are fascinating to me. These two principles in ’The Metamorphoses’ need to be constantly revisited in contemporary culture because of the incredible flux we’re going through right now. By being able to update, through music, our perspective on ‘The Metamorphoses,’ I’m hoping to evoke these ideas of circular change and fluctuating patterns in nature.”

To bring out these concepts in “Ananke,” Aylward recycles musical materials like motifs, melodies, and small themes; moves them from the foreground to the background in a constant flux; speeds them up and slows them down. Those materials are always present, but the context within which they occur is constantly changing.

Aylward doesn’t think his audience needs to be educated about his music before experiencing it.

“If someone knows nothing about ‘The Metamorphoses’ when they hear my pieces, I hope that it will inspire them to read the book. And if people do know, I’m interested to know what they think about my take on it,” he says. “The beauty of being a musician is that you don’t have to make overt statements — you can make suggestions. We’re dealing with smoke and mirrors, and as a musician you have to embrace that. It allows you to tackle even controversial subjects, because you can do it in a way that evokes the abstract natures of those subjects. It allows everybody in, it allows for individual perspectives on those topics.”

“Ananke” was performed by Ecce (Latin for “behold”), a contemporary music ensemble for which Aylward serves as artistic director. The conductor was his long-time colleague and fellow pianist Oliver Hagen, who teaches at The Julliard School. “He really brought a lot of beauty and interpretation to ‘Ananke,’” says Aylward. “I’ve always admired his work as a conductor.”

The premiere of “Ananke” was paired with that of “Le Chute du Rouge” by the late French composer Christophe Bertrand.

“I was very happy to be programmed alongside his composition,” says Aylward, who worked and taught in France at the Etchings Festival for Contemporary Music, which he co-founded. “I admire his work a lot. My music has taken on something of contemporary French esthetics.”

Aylward, who has been the recipient of numerous commissions, awards, and honors, says he looks forward to having all four of his Metamorphoses-inspired works presented in a single program and released on an album.