Physicians are trained to listen to their patients about the things causing them discomfort.

But who listens to the doctors when they’re in distress?

Sarah Berube for one. The Clark University junior is conducting a research project in the United States and Argentina to determine the factors that contribute to physician burnout.

Berube’s study was the basis for her ClarkCONNECT summer internship, which sent the biochemistry and molecular biology major to an Argentinian hospital where she shadowed doctors for five weeks and questioned them about the causes of burnout in their profession. Through an anonymous online survey and in-person observations and discussions, Berube learned that Argentinian doctors work exceptionally long hours during their residency (work life improves dramatically as they advance in their careers) and often experience frustration with the inequitable delivery of care. The Argentina system is a mix of private and public care, she says, with privately insured wealthy citizens able to take advantage of shorter waits and more sophisticated treatments.

Berube recorded her observations in a journal and sent doctors a link to her survey assessing the degree of burnout among the medical community, the factors causing it, and in what career stage burnout is most intensely experienced. She also asked for proposed solutions to the problem. 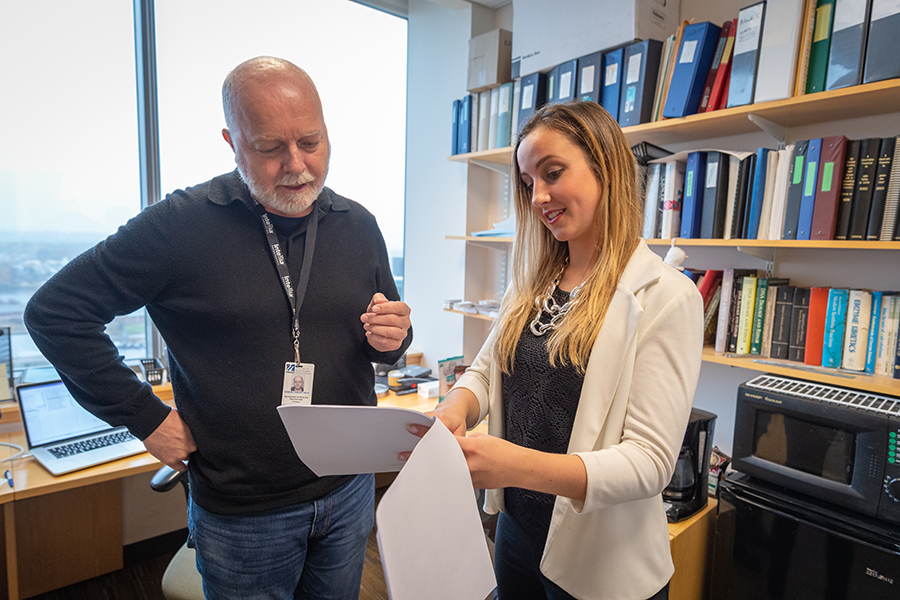 Berube has been conducting the same survey with doctors at the University of Massachusetts Medical School, and found similar factors leading to disillusionment and fatigue: frustration with the healthcare system (both Argentinian and U.S. doctors cite struggles with bureaucratic tasks, including keeping up with crushing amounts of paperwork) and sometimes brutal work hours during residency which, in the U.S., can persist post-residency in certain specialties. Survey respondents here also noted patients’ lack of respect for physicians as a particular challenge.

“I’m still getting responses,” says Berube, who is compiling the data into a report. “Doctors are forwarding the survey to other doctors.”

Berube, a varsity soccer player, was recruited to Clark by coach Brie Smith. “Two things really grabbed my attention when I got here,” she recalls. “One, was how much there is to do at Clark outside of academics, and the other was the opportunity to do research beginning in your first year.” Outside of the classroom and lab, Berube is a One Love facilitator and helped launch the I Will Walk With You sexual assault awareness initiative on campus.

Berube entered Clark career as a biology major in a pre-veterinary track, but switched to biochemistry/pre-med when she discovered a passion for genetics, particularly its linkage to disease.

“Genetics forces you to think about how diseases work on both a large scale and at the molecular level, and all the connections and patterns of how they’re passed down within families,” she says. “This area of study is the right fit for me.”

Berube cites the special mentorship of two Clark alumni. Veterinarian Dr. Jason Smith ’11 has advised her on the physician-burnout research project, and Kendall Knight ’75, Ph.D., associate dean in the Graduate School of Biomedical Sciences at UMass Medical School, has connected her with doctors and medical students to shadow and interview.

She hasn’t decided on a career path. Medical school, or a master’s degree in biochemistry of business administration through Clark’s fifth-year program, are all on the table. “I want to be able to go in many different directions,” she says.