The Academic Commons at Goddard Library was transformed into a celebration of Clark University students’ research projects, creative work, and study abroad experiences at the 19th annual Fall Fest held Oct. 25. Students showcased their work for the Clark community in 79 poster sessions and eight oral presentations and panels representing the breadth of the University’s academics.

Among the presenters were Innovation and Entrepreneurship students Saurav Tuladhar ’20 and Bo Liu ’20, who talked about their new venture, “Student Ride Network,” a service that connects people driving long distances with co-riders heading to the same destination.

“The drivers give us information about where they are going and how many passengers they are willing to take, and we pair drivers and students,” Liu said. “We launched the service last week and have had one test ride, which was successful. Since then we’ve had a lot of interest from students about using the service.” 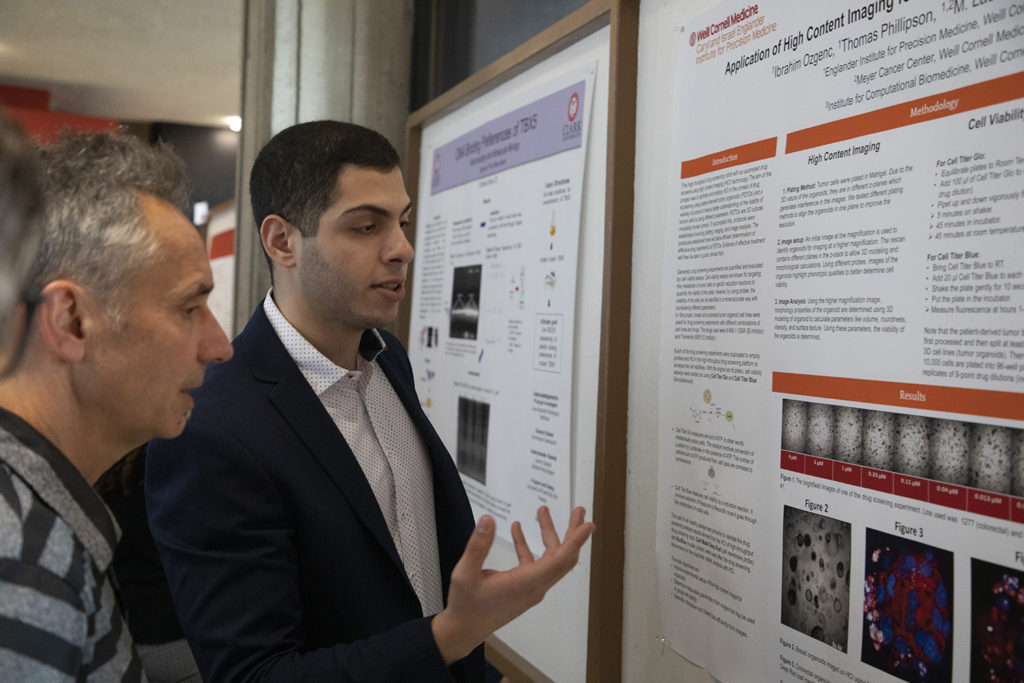 Throughout the afternoon, Fall Fest attendees talked with students about their research into everything from how best to control the New England tick population to the factors causing physician burnout in the United States and Argentina. Students described the details of their studies, experiments, and experiences beyond the classroom — which were global.

Psychology major Emma Wyatt ’20 spent her summer interning with the nonprofit Access Speech Therapy in Providence. Her main task was to create and run free, formalized training workshops on autism and neurodiversity.

“Organized trainings exist for those working with individuals with autism spectrum disorder, such as teachers and therapists, but similar trainings tailored to businesses and community centers are rare,” Wyatt explained. “My project seeks to bridge this gap.”

“I went abroad thinking I wanted to practice human rights law, but after my experiences this summer I realized I want to create programs and policies that protect human rights on an international scale,” Reed says.

Clark students will next display their work at Academic Spree Day on April 22.