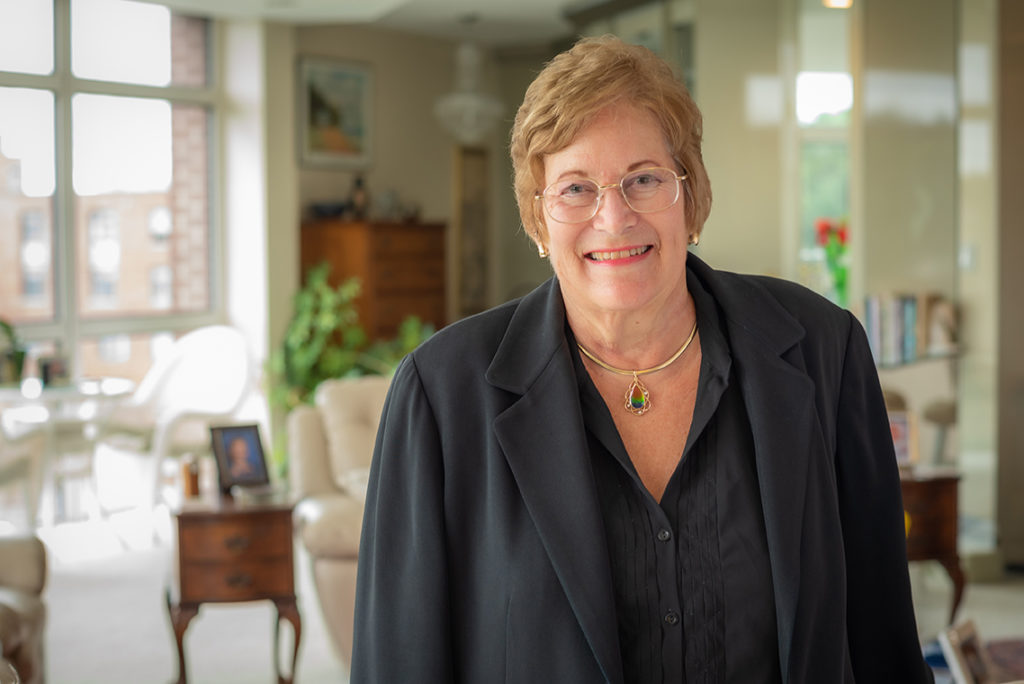 Judith Wagner DeCew, senior research scholar and professor emerita of philosophy at Clark, recently was presented with the Albert Nelson Marquis Lifetime Achievement Award by Marquis Who’s Who, the world’s premier publisher of biographical profiles. The award honors DeCew’s many years of professional work, as well as a plethora of noteworthy accomplishments and leadership within her field.

During her tenure at Clark, DeCew served as the associate dean of the college, and chaired the philosophy department for more than 10 years. Her research focused on topics in theoretical and applied ethics, philosophy of law, social and political philosophy, and logic, and she taught philosophy classes ranging from the introductory — such as Social and Political Ethics and a first-year seminar in Privacy Protection in Law and Ethics — to the advanced — including Theories of Ethics, Philosophy of Law, and Social and Political Philosophy. She also is associated with the University’s Women’s and Gender Studies and Law and Society programs, and directed the Ethics and Public Policy concentration for some time.

Clark honored DeCew with the Hayden Faculty Fellowship for Excellence in Teaching and Research in 1993 and the Senior Faculty Fellowship Award for the Clark Ideal of Excellence in Teaching and Research in 2010. She spent time as a visiting professor of philosophy at both Wellesley College and Harvard University, and also earned fellowships from Harvard Law School, the Radcliffe Institute for Advanced Study, National Endowment for the Humanities, American Council of Learned Societies, and American Association of University Women.

DeCew’s books include “Theory and Practice: Nomos XXXVII,” “In Pursuit of Privacy: Law, Ethics and the Rise of Technology,” and “Unionization in the Academy: Visions and Realities.” She also has written more than 60 articles that appeared in various professional journals, including the Journal of Philosophical Logic, Ethics, and Philosophical Studies.

After earning a bachelor’s from the University of Rochester, DeCew went on to receive her master’s and doctorate from the University of Massachusetts at Amherst. She began her career as an assistant professor at the Massachusetts Institute of Technology in 1978, before accepting her first appointment at Clark in 1987, where she remained until retirement. She previously was cited in the fourth edition of Who’s Who in American Education and the 24th edition of Who’s Who in the East.

Since 1899, when A. N. Marquis printed the First Edition of Who’s Who in America, Marquis Who’s Who has chronicled the lives of the most accomplished individuals and innovators from every significant field of endeavor, including politics, business, medicine, law, education, art, religion, and entertainment. In recognition of outstanding contributions to her profession and the Marquis Who’s Who community, DeCew has been featured as an Albert Nelson Marquis lifetime achiever.