Editor’s note: This is an expanded version of the remembrance published in the fall 2019 issue of Clark magazine.

In 1969, I was told Clark friendships could last a lifetime. I can now vouch for the accuracy of that promise. A friendship is exactly what started for two 18-year-old freshmen way back then. 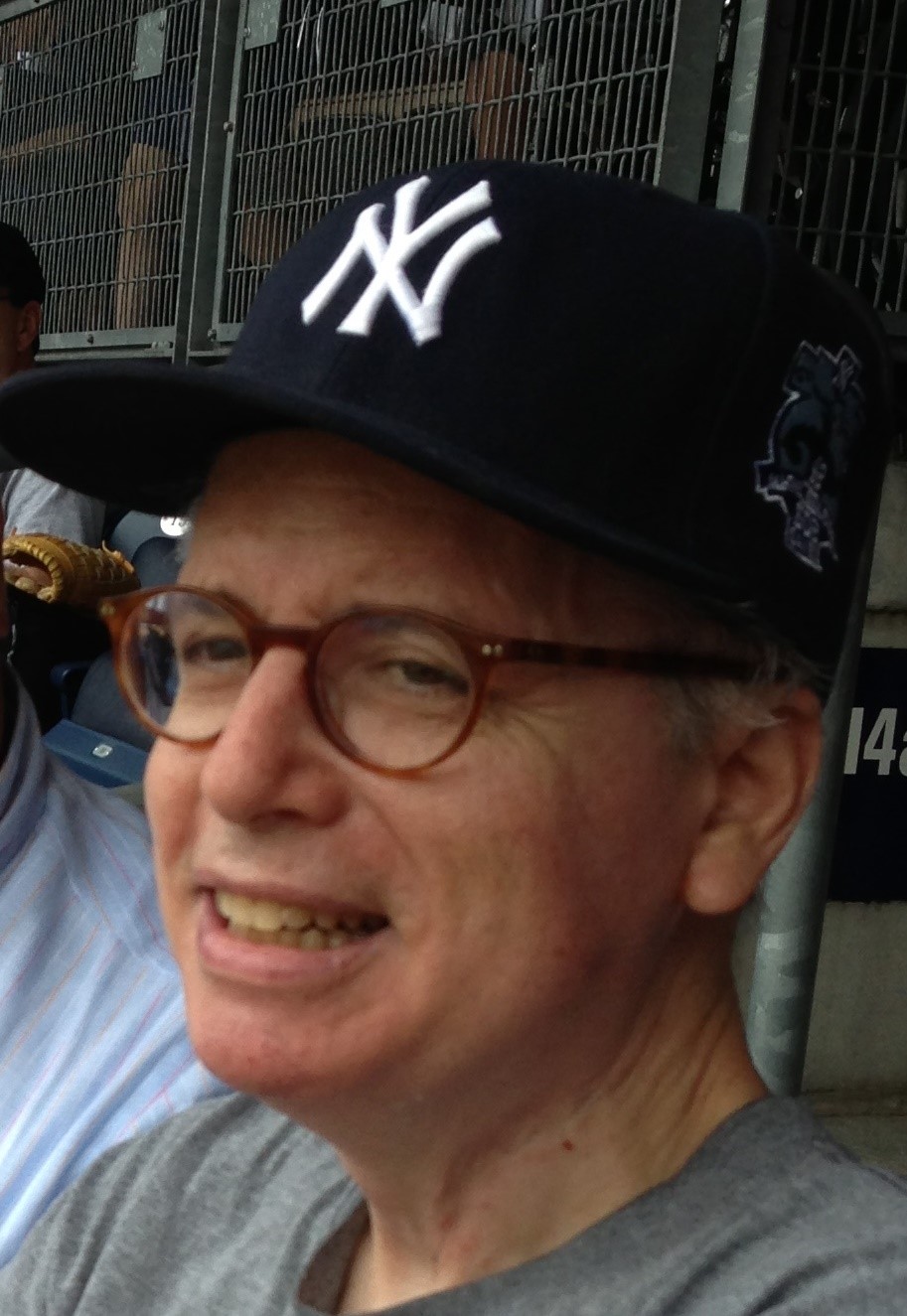 So, with a little bit of pain and a whole lot of pride, let’s begin that journey with the last mile. Matt Greenberg ’73 died on February 19, 2019. Illness, which invaded Matt four decades ago, was usually kept at arm’s length, until roughly four years ago when the struggle to overcome its horrible depths took its toll. To say that Matt was a fighter does not do justice to his valiant efforts to live life with whatever physical strength he still had. If there were an addendum to President Kennedy’s “Profiles in Courage,” it would be all about Matt. Matt was the most courageous person I have ever known.

This reflection is for his wife Sue Gottlieb ’74, his family, his many Clark friends, his colleagues, my wife Nancy Robinson Miringoff ’73, our friend Barbara Carvalho, and all the friends Matt made along the way.

Matt and I never exchanged a harsh word in our 50 years. He would only get annoyed at me if I spoke of his courage. I could detect his desire to move on with the conversation by the smirky expression he would throw my way. We weren’t just friends. Ours was a friendship born of shared interests from our days in Worcester and nourished over the decades by shared experiences.

I’m sure many of you from that era recall Matt’s role during the student strike in May 1970 to protest Nixon’s invasion of Cambodia and the shooting of four students at Kent State. Initially, as parliamentarian for the nightly meetings in Atwood Hall and soon thereafter as chair of the 800 students who packed the hall, Matt was a calm, rational voice when emotions were raw and the gatherings often turned rowdy. Why was Matt selected as a lowly freshman to lead the students during this tense time? Matt would always say it was because he was the only one who knew “Robert’s Rules of Order.” We all knew better.

Matt returned to the same Atwood stage on two occasions for student theatrical productions. In these instances, his role was that of the supporting actor in “Guys and Dolls” and “Bye, Bye Birdie.” Like Groucho Marx, Matt thought his singing voice was stellar. Spirited yes, but to be honest, it is not how Groucho nor Matt should be best remembered. To be fair, Matt looked the part in his Salvation Army uniform as Arvide Abernathy, Sarah Brown’s grandfather in “Guys and Dolls” when he sang “More I Cannot Wish You” or marched around the stage banging his drum to “Follow the Fold.” And, Matt’s rendition of Paul Lynde’s “Kids” and “Ed Sullivan” from “Bye, Bye Birdie” was as pitch perfect and fatherly, as Lynde sang it to his stage family. I recall Matt avoiding disaster when he managed, at a critical moment, to corral his “son” (a faculty member’s child in real life) when the youngster wondered off his spot, and brought the play back on script.  Whenever I would bring up to Matt his ad lib, he would always say, “What was I supposed to do?”

As government majors, Matt and I shared many classes. Matt would always sit a few seats away from me to avoid my billowing cigarette smoke. Long after we received our diplomas and filed across the stage at graduation, he would imitate Professor Morris Cohen while I would banter back with my take on Professor Knud Rasmussen.

Matt also had the decency not to rub it in on the one occasion we faced each other in intramural softball. There was no joy for our team as I went down swinging on three pitches. I was the recipient of Matt’s famous “summer camp sinker.” Although it truly did not resemble Yankees closer Mariano Rivera’s cutter, it had the same result.

Matt’s politically satirical dispatches he penned for The Scarlet while participating in the Washington Semester Program (Nancy was co-editor) are still somewhere in the paper’s archives.

In the spring of 1972, while at Clark, Matt headed off to New Hampshire on weekends to go door-to-door in the Democratic presidential primary campaign for anti-war candidate George McGovern. Don’t blame Matt for McGovern ultimately losing 49 states in the fall against Richard Nixon. McGovern did carry Massachusetts (extra credit to any reader who gets the reference to “Don’t Blame Me, I’m from Massachusetts”).

Matt was destined to go to law school but the make-or-break law boards stood in his path. On the morning of the test, I served as Matt’s pace horse. We got up early Saturday morning (that means way before noon), headed to Boves for breakfast, and then trekked to Holy Cross where the law boards were being administered. I had only a faint interest in going to law school, but Matt thought my presence would be a calming influence. Bottom line: I went to MIT to study political science. Matt headed off to Boston University Law School.

We were roommates post-Clark, along with Meyer Glantz ’73 who attended Harvard psych, in 1973-74 in a very small apartment on Inman Place in Cambridge. The apartment for no particularly good reason is still standing 45 years later. While we lived there, Matt authored a song to the tune of “Anatevka” from “Fiddler on the Roof” entitled “Inman Place.” When Nancy and I visited Matt this past February, our last good 15-minute visit with him, he joined me in a heartfelt rendition of the ditty. One of us was on key, and it wasn’t me!

It was at Inman Place that Matt and I started our annual home run contest where we would select five players at the beginning of the season from a combined roster of Yankees and Mets. The winner was the one whose group of players cumulatively hit the most homers that season. We had a unique method of staggering the order of selection. Following a lengthy period of research, there was a coin flip to determine who would select from column A or B. It seems over the course of 45 years that I won the lion’s share of the coin tosses, but Matt took the home run crown more times than not. Excuse me if I was in a lousy mood on Opening Day this year.

Matt was more clever than funny, more insightful than just smart, more caring than sympathetic, he was unwavering but not headstrong, strong-willed but not overpowering, and always ethical on matters big and small.

For those who lost touch with Matt, he and Sue were spotted on the steps of Atwood Hall at our fifth-year Clark reunion where they agreed to get married. Sue became a successful pediatrician and he became an important lawyer. They headed to New York City to live and pursue their careers (and to be closer to Yankee Stadium no doubt). Matt worked as an independent prosecutor on a nursing home investigation and, later, as part of the team that got convictions in the infamous Howard Beach case. For many years, he worked as an ADA in the King’s County District Attorney’s Office. They had a daughter, Ali, who is married and lives in Toledo, Ohio. Matt is also survived by his sister, Sue Greenberg, and his mother, Rhoda.

Over the years, there were many discussions of polls, politics, and the law, mostly over restaurant food. Matt was passionate about all of these topics. But, nothing mattered more to Matt than his Yankees. If the sobriquet hadn’t already been taken by Lou Gehrig, Matt could never have been happier in life than to have been tagged “The Pride of the Yankees.” While there are many fans of baseball, Matt was a champion of the game.

As the Yankees’ “Core Four” collected all the rings, our “Core Four” — Matt, Nancy, Barbara, and myself — attended nearly 100 Yankee games. There were regular season games, playoff games, and World Series games. Matt took the 4 or the 5 express from Brooklyn Heights to Yankee Stadium with his turkey sandwich on rye bread and an iced tea. He would meet Nancy, Barbara, and myself outside the stadium, always early to get in our seats for the national anthem (Matt would sing very loudly) and fill out our scorecards with the starting lineups. Matt would chime in with “YMCA” in the middle of the fifth and “Take Me Out to the Ball Game” before the Yankees half of the seventh. I would polish off a few hot dogs, drawing Matt’s ire for what they were doing to my insides.

During the game, Barbara and Matt would compare notes on how to record an unusual play. Nancy and Matt would steal a few minutes to talk about non-baseball matters, which they liked to do. But, mostly, it was talking baseball for the duration of the game. Nothing in life got Matt more incensed then a Yankee failing to perform to Matt’s standards. “Why doesn’t anyone bunt against the shift?!” he would roar indignantly, then wave his arms in disgust.

Our last game with Matt was this past May 28, Memorial Day. Although the Astros beat his Yankees 5 to 1, Matt was the most grateful of the 46,583 fans at the ballpark. Matt was in a wheelchair, attended to by Stephanie, one of his kind caregiving aides. Between innings, late in the game, Matt seemed a bit pensive. I asked, “Is everything OK?” “Yes,” he responded. “I’m loving every minute of it!”

After Matt died, Matt and Sue’s longtime friend Ellen Nannis ’73 emailed me to say that at least Matt lived until pitchers and catchers gathered in Florida for spring training. It is a time for baseball fans when hope springs eternal. When I think of Matt, I know how much he wanted to go the distance, the full nine innings … every game, every season. But the game for him was called early this year in February on account of darkness.

I can assure you that Matt didn’t leave the field without putting up a good fight. He completed seven full innings; the game counted. He was winning. Matt was always on the winning side, giving it his all.

Lee Miringoff ’73 is the founder and director of the Marist Institute for Public Opinion.