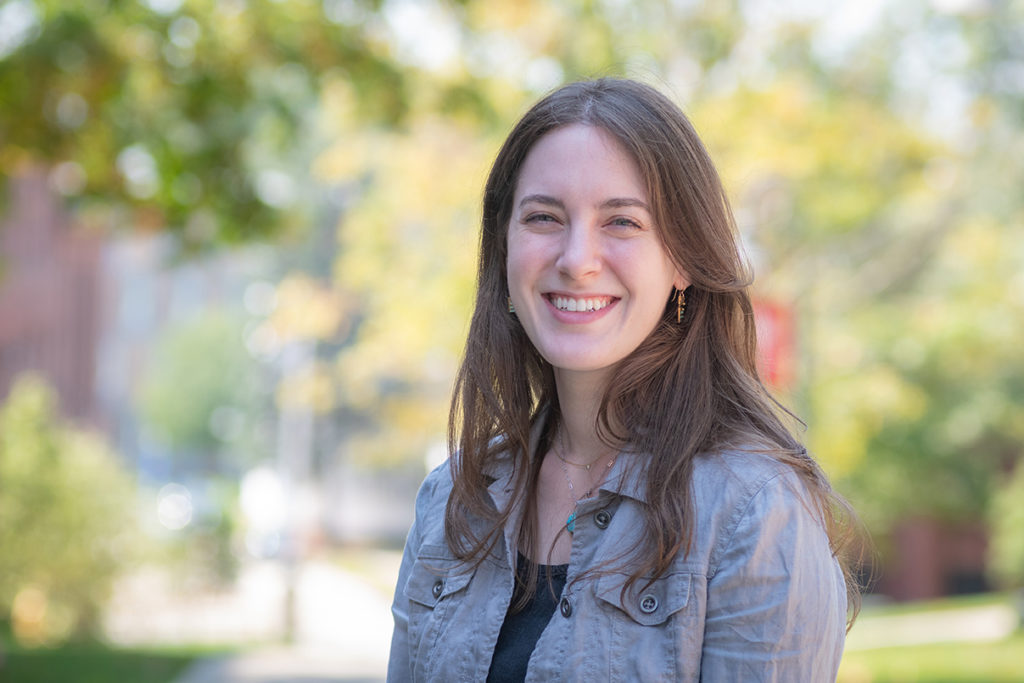 One in a series of stories introducing new members of the Clark faculty.

Thanks to Elizabeth Imber, who recently joined Clark University as the Michael and Lisa Leffell Chair in Modern Jewish History, Clark students are learning about the forces, beliefs, and actions that have shaped modern Israel.

Imber holds a particular interest in the cultural and political dimensions and intersections of Jewish history and European imperial history in the 19th and 20th centuries. Among her research areas are the history of Zionism and Jewish nationalism; Jewish and Zionist conceptions of the “state”; and the relationship between socialism and imperialism.

Her current book project explores the multifaceted nature of Jewish politics in the British Empire during the rise of national and transnational anticolonial political movements between 1917 and 1948.

Imber, a Massachusetts native, was attracted to Clark’s commitment to creative and rigorous inquiry, the teaching excellence of its faculty, and the passion and imagination of its students. “Its warm and welcoming campus community make it a singular place,” she says.

Imber received a master’s and a doctorate in history from Johns Hopkins University. Most recently, she served as an assistant professor of history and the Berger-Neilsen Endowed Chair of Judaic Studies at The College of Idaho.

According to Nina Kushner, chair of the Department of History, Imber’s research interests complement those of other department faculty.

“Professor Imber’s larger field of Jewish history and specific focus on the first half of the 20th century provide an important underpinning to work done by Holocaust history students at Clark’s Strassler Center for Holocaust and Genocide Studies,” Kushner says. “Her work on empire connects with that of Professor Wim Klooster, who studies empire in an earlier era, and her focus on the Jewish diaspora resonates with Professor Ousmane Power-Greene’s work and teaching on the African diaspora and projects of return. Finally, Professor Imber’s interest in everyday practices ties into Professor Amy Richter’s study of domesticity and home. We very much look forward to having her as part of the department.”