Author Loretta Chekani ’71 proves ‘all you read is love’ 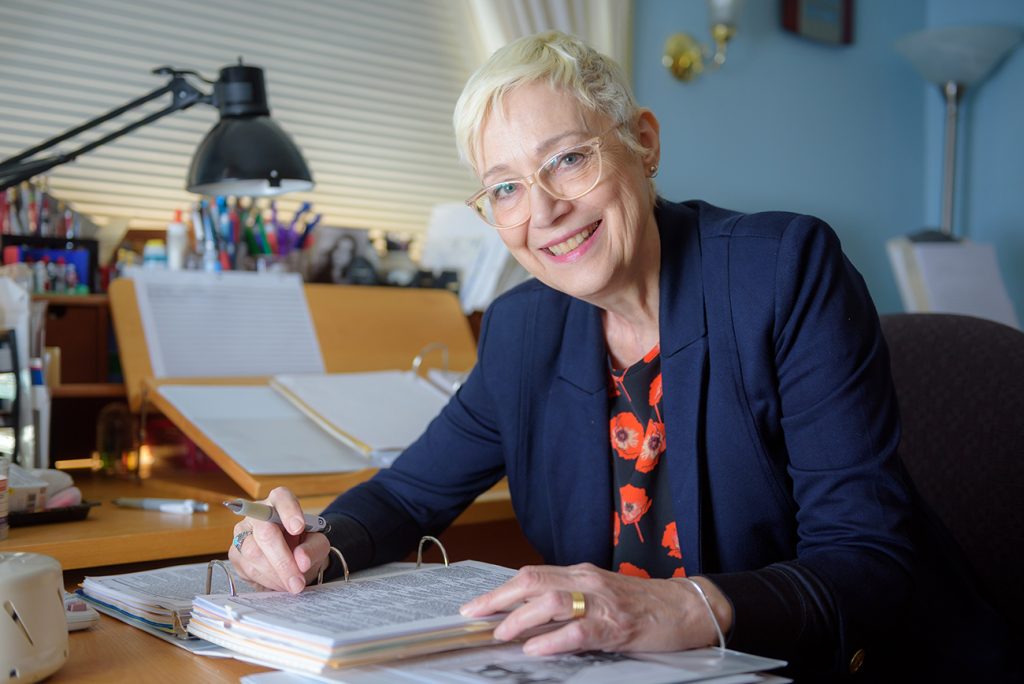 Loretta Chekani ’71 has held a wide range of jobs since she graduated from Clark: administrative assistant for the University’s Visual and Performing Arts Department, scriptwriter, sales clerk, meter maid.

Romance novelist is the one that stuck.

“Before I started reading romances, I was prejudiced against them,” Chekani says. “In English departments across the country, romance is looked down upon. It has to do with the fact that they are written almost exclusively by women, for women.”

She realized what she had been missing.

“I felt so bad because I had made fun of my younger sister, who read romances all the time, and I’d called them rubbish.”

The romance novel canon is no different from any other, Chekani says. The majority of the work is fine, with writing that’s exceptional on one end and poor quality on the other. As genres go, however, romance takes a particular critical beating.

In Victorian fiction — including the works of Charles Dickens, whom Chekani cites as a favorite author — women tend to be, well, doomed. “A lot of women in Dickens don’t fare so well,” she says. “If a woman has sex, she will die before the end of the book. I read so many books where I wanted to rewrite the ending; then I realized I could.”

Chekani, who writes under the name Loretta Chase, published her first novel, “Isabella,” in 1987. At the time, she was writing scripts for a video production company in Worcester, which helped teach her to construct dialogue and to write succinctly.

While “Isabella” took a few years to write, it took only two months to be accepted by Walker and Company, the first publisher Chekani sent it to. Avon, a division of HarperCollins Publishers, subsequently bid for the paperback rights.

“Isabella” is a traditional Regency book, a subgenre featuring shorter novels (about 250 pages) in which “the bedroom door is kept closed,” Chekani explains. After publishing six of these, she accepted an offer from an Avon editor who wanted her to write a historical romance — a longer book with the bedroom door wide open.

She jumped at the opportunity and has since published 17 historical romances in five different series. “I’ll stick with a set of characters for three to five books, then move on.”

Chekani’s books are all set in England’s Regency era, around 1795 to 1837. The self-described “history nerd” works to make them as historically accurate as possible while acknowledging the books inhabit their own alternate reality.

Her research has taken her into London museums and libraries, where she examines art, maps, and artifacts from the 1700s. Chekani’s own collection includes a magazine from 1833 that tells her exactly what several hundred women wore to the Queen’s drawing room and who attended the Duchess of Cumberland’s dinner party. “I use that stuff,” she says. “It gives me a foundation.”

Chekani is currently at work on novel number 23. She plots her books using spreadsheets created by her husband, and fellow Clark alumnus, Walter Henritze ’74.

“There are so many variables when you’re writing — whether the characters are likable, or you’re setting a scene from the correct point of view. You really never know.

“All I know is love must triumph.”

This story was originally published in the fall 2019 issue of Clark magazine. In December 2020, Loretta Chekani published historical romance number 23, “Ten Things I Hate About the Duke.” And in January 2021, O, The Oprah Magazine named her 1995 novel, “Lord of Scoundrels,” number five on the Best 27 Romance Novels of All Time.