A new sculpture studio has taken shape at the site of the former Clark bookstore, and students’ fingers are all over it.

The long-awaited addition to the Department of Visual and Performing Arts, which opened Sept. 17, is both a workshop and showcase for new works. The effort to incorporate this creative space into the Clark community was driven by both students and faculty.

The new space at 918 Main St. is instrumental to the artistic experience of students at Clark, because, in the words of Sisson, “a great new workspace inspires great new art.”

“Even in the early weeks of the first semester, students have expressed excitement about the expansiveness of the facility,” Sisson says. “There’s room to display sculptures prominently in the large Main Street-facing windows, more individualized workspaces, better light, increased ventilation, and an easier workflow throughout.”

There is also hope within the department that the studio will lead to increased creative engagement between Clark and the Worcester community.

“Because of our front-and-center visibility on Main Street, we’re a positive addition to the block and have already seen pedestrians literally stop in their tracks to look at the art in the windows,” Sisson says.

In recent weeks, Clark students have been working with adjunct professor Johnathan Derry to fashion original artworks from blocks of plaster about the size of a large birthday cake. The results of their proudly displayed efforts, according to Sisson, are indicative of V&PA’s burgeoning presence across campus.

“From concerts and film screenings in Razzo Hall, exhibitions in the Traina Center’s Schiltkamp Gallery, theater performances in the Little Center to our new workshop on Main Street, we are the public face of Clark in so many places.” 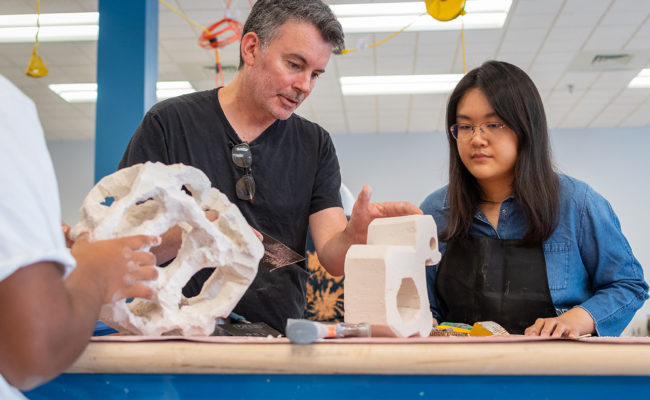 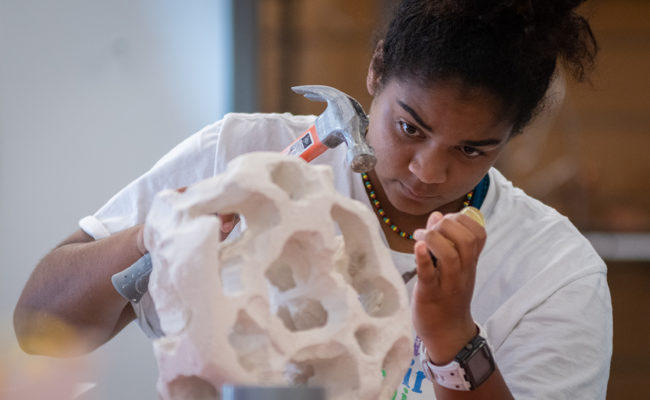 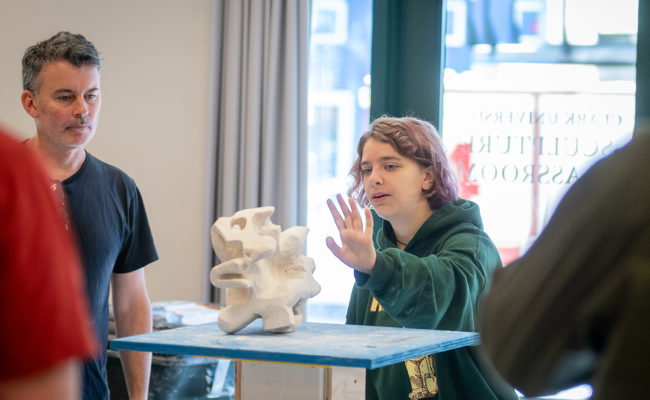 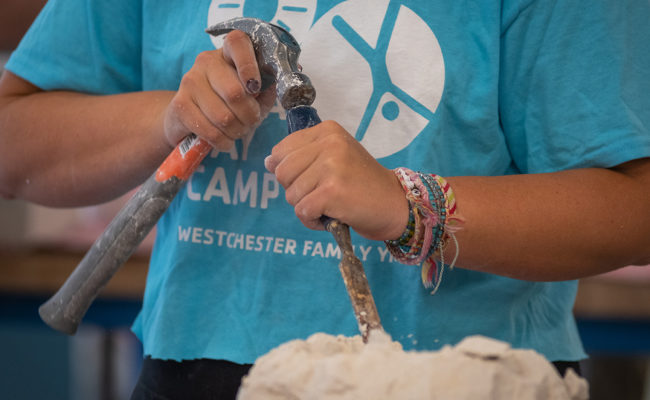 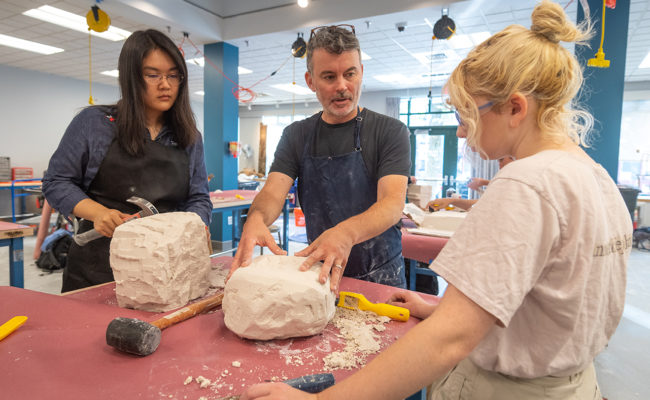