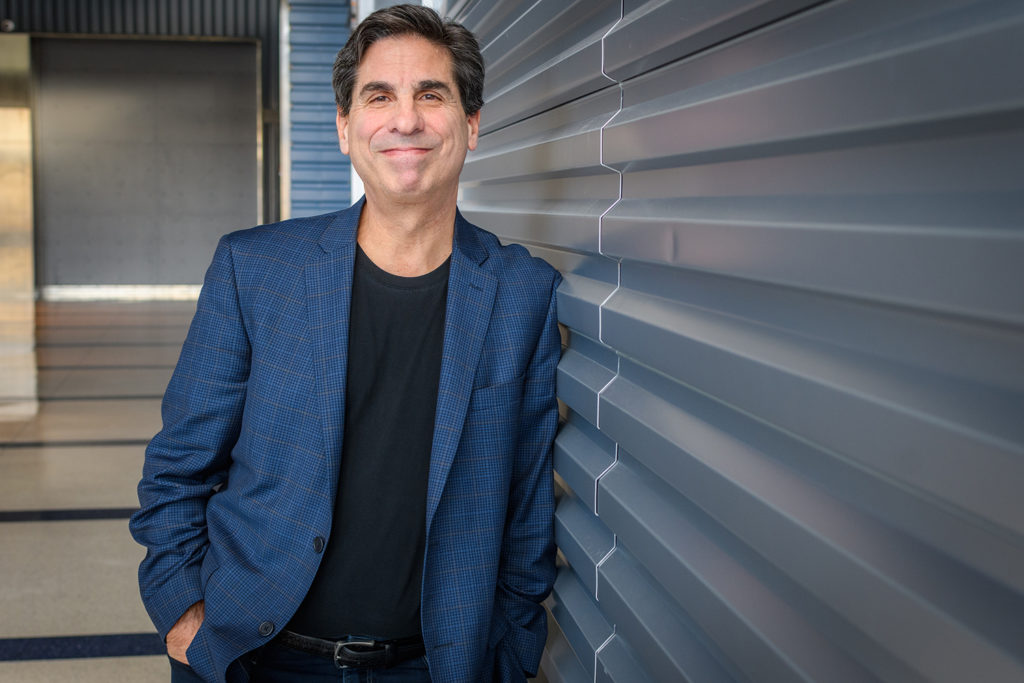 Jay Fialkov ’77 is doing something few could dream of.

As deputy general counsel for WGBH Boston, America’s preeminent public broadcaster, Fialkov is managing legal and business affairs for the production of a two-hour documentary recalling the seminal 1969 music festival, which premieres Tuesday, August 6. To do this, he’s been negotiating with Warner Bros. to secure rights to use footage from the original 1970 Woodstock documentary, as well as outtakes, and guiding the necessary arrangements with representatives of songwriters and artists whose music is included in the show.

“My job is to help our producers create the program they want to produce, and work with them to overcome any obstacles along the way,” he says.

Fitting Woodstock into his workday seems a natural progression for Fialkov. At Clark, the music aficionado wrote music reviews for The Scarlet — Bruce Springsteen, Jackson Browne, Bonnie Raitt, and The Talking Heads were among the many well-known acts who visited campus while Fialkov was here. He earned a law degree and worked for a high-end Boston firm as the city’s alternative rock scene was catching fire. While practicing corporate law by day, Fialkov began representing music artists on the side, scoring his first major record deals in the mid-1980s for The Del Fuegos and ’Til Tuesday.

He eventually opened his own entertainment law practice. Fialkov represented Phish from their early days and negotiated their breakthrough record deal with Elektra Records (he is credited for “Legal Wizardry” on the band’s album “Picture of Nectar”). Maurice Starr (manager/producer of New Edition and New Kids on the Block), then-rapper Mark Wahlberg (when his stage name was Marky Mark), along with independent record labels such as Rounder Records and Rykodisc, were among his many clients. Fialkov also was a founder and owner of the Giant/Rockville record labels that released the first albums by the critically acclaimed rock group Uncle Tupelo, whose offshoots include Wilco and Son Volt.

“I worked and became friends with many talented people,” Fialkov says. “Thanks to the success of some of my clients, I was at the center of fun and interesting action in the middle of Boston’s exciting rock and roll scene, and I was happy to be along for the ride.”

In 1995, after 15 years of private law practice, Fialkov accepted a new challenge as counsel for WGBH. The station produces about a third of the national television programs that air on PBS and is at the forefront of developing content for radio, the internet, and new media. Fialkov and his colleagues handle legal and business affairs for a host of familiar series like “FRONTLINE,” “Masterpiece” (producer of “Downton Abbey”), “American Experience,” “NOVA,” and children’s series like “Arthur” and “Curious George.” When WGBH produced a four-hour documentary about Walt Disney for “American Experience,” Fialkov led negotiations with Disney, which is famously resistant to allowing outside use of Disney-owned content in programs they don’t control. “They let us use the materials because they had the faith and trust we’d do it right, and that we’d be fair and accurate,” he says.

Fialkov enjoys two significant college affiliations. Not only is he a Clarkie, but so are his wife, Claire ’77, son, David ’06, and David’s wife, Allison ’05. He also is a longtime professor at Berklee College of Music in Boston, where he teaches courses on legal aspects of the music business and was honored with Berklee’s 2014 Distinguished Faculty Award. While the delivery of music has progressed from LPs to CDs to MP3s, the fundamentals — copyrights and contracts, rights and obligations — remain the same, he says.

Making great art is only the starting point. For the rest of the journey, it’s not a bad idea to have someone like Jay Fialkov by your side.