Silber Mohamed tweeted that she was “deeply honored” to receive the award, and she thanked the Caucus, and outgoing president Betina Wilkinson for her leadership and community-building. Silber Mohamed is starting her second year as treasurer of the organization.

An assistant professor in the Political Science Department at Clark, Silber Mohamed’s research interests include immigrant socialization and participation, immigration policy, and identity politics in the U.S., with a focus on the influence of race, class, and gender. She is the author of “The New Americans?: Immigration, Protest, and the Politics of Latino Identity” and several peer-reviewed journal articles on immigration, reproductive issues, and gender and identity among Latinos in the U.S. 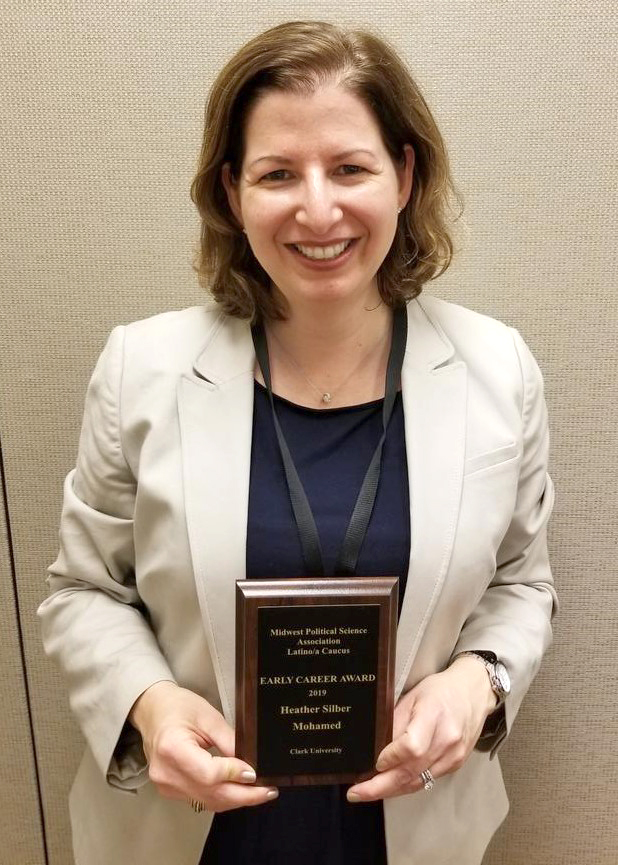 Silber Mohamed earned her bachelor’s degree from Tufts University and holds an M.Sc. from the London School of Economics, as well as master’s and doctoral degrees from Brown University. She has been on the Clark faculty since 2013, and is affiliated with the Latin American and Latino Studies concentration and the program in Women’s and Gender Studies.