Clark to hold 115th Commencement on Sunday, May 19

Speaker is Jeffrey Lurie ’73, owner of the Philadelphia Eagles
By Clark News and Media Relations

The 115th Clark University Commencement will be held on Sunday, May 19, on the Jefferson Academic Center Green. The procession from the Kneller Athletic Center will begin at noon, followed by a University-wide ceremony.

This year’s commencement speaker is Jeffrey Lurie ’73, a successful businessman, filmmaker, and owner of the Philadelphia Eagles, winners of the 2018 Super Bowl.

Lurie is a compassionate and dedicated philanthropist. Upon purchasing the Eagles in 1994, he immediately committed to improving the health outcomes for at-risk youth across the Philadelphia region. Eagles Youth Partnership, later known as Eagles Charitable Foundation, has enhanced the lives of more than one million children through its health and education programs. Lurie’s commitment to philanthropy grew in 2017 with his launching of the Eagles Autism Challenge, raising $2.5 million toward autism research. Lurie earned the 2018 Paul “Tank” Younger Award, given annually to an NFL executive, coach, or owner who promotes racial and gender diversity.  Lurie is also an accomplished film producer whose documentaries, Inside Job and Inocente, earned Academy Awards. He is a 1973 graduate of Clark.

During the Clark Commencement ceremony, Lurie will receive an honorary Doctor of Humane Letters. The University will also confer honorary degrees upon the following individuals: 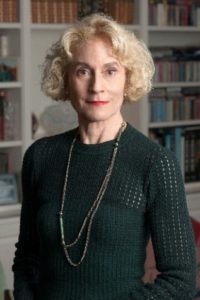 Martha C. Nussbaum, Ph.D. is the Ernst Freund Distinguished Service Professor of Law and Ethics in the Department of Philosophy and Law School at the University of Chicago. Nussbaum is internationally renowned for her work in ancient Greek and Roman philosophy, feminist philosophy, political philosophy, philosophy and the arts, and ethics, including animal rights. She is the author of numerous articles and books, including “Cultivating Humanity: A Classical Defense of Reform in Liberal Education”; “Frontiers of Justice: Disability, Nationality, Species Membership”; “Sex and Social Justice”; “Hiding from Humanity: Disgust, Shame, and the Law”; and most recently, “The Monarchy of Fear: A Philosopher Looks at our Political Crisis.” She earned her bachelor’s degree from New York University, and her master’s and doctorate degrees from Harvard University. Nussbaum was awarded the 2016 Kyoto Prize in Arts and Philosophy and the 2018 Berggruen Prize in Philosophy.

Robert Stevenish is a longtime member of the Clark University Board of Trustees, has a deep history of impactful leadership in the corporate retail world. He served as president and chief operating officer of Modell’s Sporting Goods, chief executive officer of Trilegiant Corporation and Netmarket, and chairman and chief executive officer of Fedco. He has also held senior positions for Montgomery Ward, Hills Department Stores, and J.C. Penney. Stevenish is chairman of the board for Adler Germany and Myron Corporation USA, and serves on the board of directors for a host of companies, including Carolyn Kinder International. His service to the Clark Board of Trustees is wide-ranging — he is board vice chair, chairs the Governance Committee, is a key member on the Investment and Executive committees, and co-chairs Campaign Clark.