Clark professor’s mushroom research harkens to the age of dinosaurs 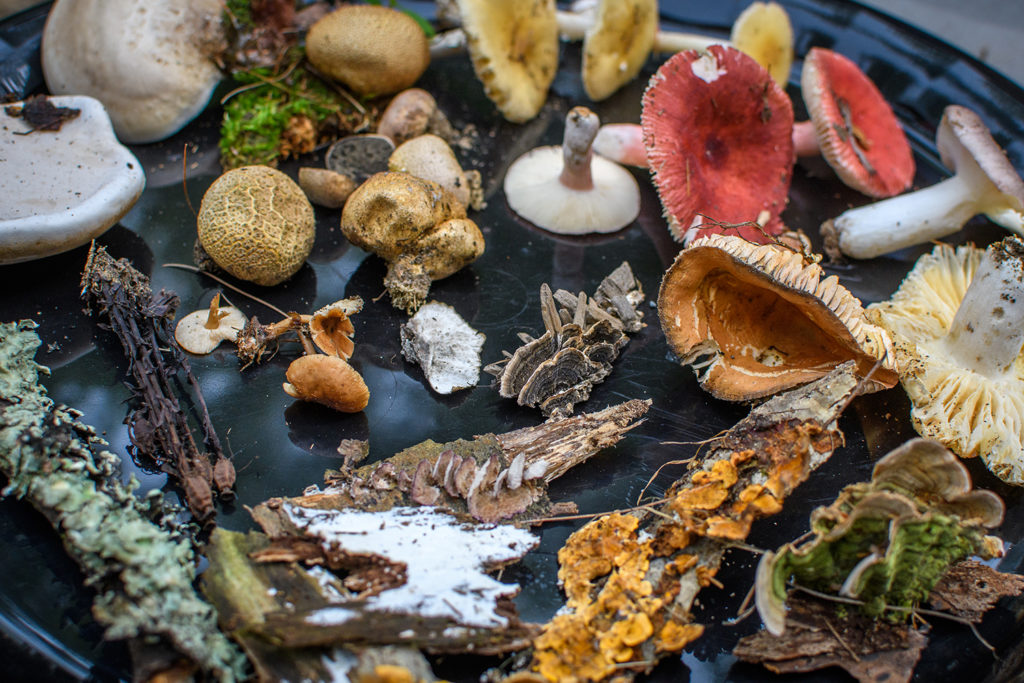 Clark University Biology Professor David Hibbett has been studying fungi and assembling a Fungal Tree of Life for almost three decades. This week he and a large group of international collaborators published “Megaphylogeny resolves global patterns of mushroom evolution” in Nature Ecology & Evolution, and shared what Hibbett says is “by far, the largest evolutionary tree for mushrooms that has ever been produced.”

The researchers created a massive evolutionary tree — a “megaphylogeny” — with more than 5,000 species of mushroom-forming fungi from all over the world. The research involved more than 40 researchers from a dozen countries across the globe; Hibbett’s former postdoctoral fellow László Nagy was the senior author of the article. Nagy is the principal investigator in the Synthetic and Systems Biology Unit at the Biological Research Centre of the Hungarian Academy of Sciences.

“László launched this very ambitious project back in 2013 in my lab; it took over five years to assemble and analyze this massive dataset, but the results are certainly worth the effort,” Hibbett says. “It’s nice to see it finally coming to fruition.”

Professor Hibbett said scholars can use the megaphylogeny to understand why some forms of mushrooms have become more abundant than others.

“The research reveals that lineages with the typical ‘toadstool’ form of mushroom — those that include a cap and stalk — spin off new species faster than other lineages such as coral fungi, crust fungi, or polypores,” said Hibbett. “What this tree doesn’t tell us is why they diversify so rapidly — that question is still unanswered.”

The authors report the increase in mushroom diversification started roughly 170 to 200 million years ago during the Jurassic Period, when the climate was humid and the terrain was dominated by gymnosperms and reptiles, including dinosaurs.

First author Torda Varga, a doctoral student in Nagy’s lab, was only half-joking when he blogged about how dinosaur movies should start featuring more mushrooms. Hibbett agrees.

“The absence of fungi from popular depictions of ancient environments is a real shame, and it’s misleading,” he says.

From 2012 to 2014 Nagy worked in the Hibbett Lab with funding from the Rosztoczy Foundation of Hungary and the National Science Foundation. He received his doctorate from the University of Szeged in Hungary in 2011.

Other authors on the paper with Clark connections include Marisol Sánchez-García and Otto Miettinen, who also conducted postdoctoral research in the Hibbett Lab.

‘We want to create a community of scholars’