In a new book, Rob Salafia ’76 shares skills developed on the stage
By Jim Keogh 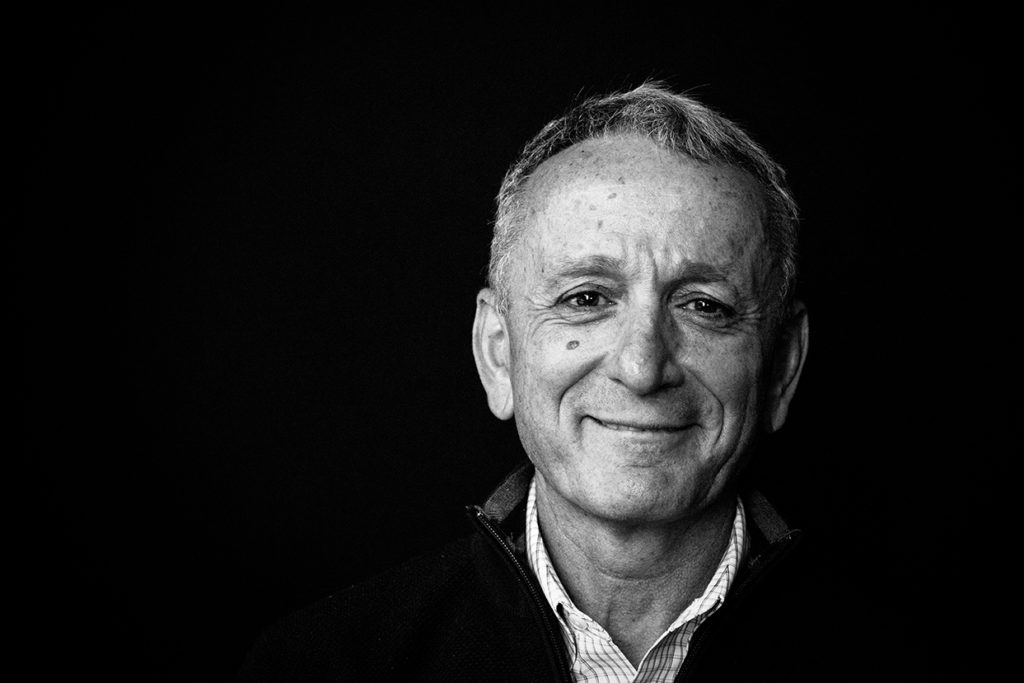 When he performed on the streets of Boston, Rob Salafia ’76 was learning how to establish his presence in front of an audience. When he walked across a wire onstage, he was navigating through his fear and finding his balance in life. When he acted, tap-danced, or told stories, he was preparing for a career helping others to discover their own unique voice.

He just didn’t know it yet.

Salafia went on to transform his many years in the performing arts into a successful career in leadership development and education, and today works as a lecturer and executive coach at the MIT Sloan School of Management. He has written “Leading From Your Best Self: Develop Executive Poise, Presence, and Influence to Maximize Your Potential” (McGraw-Hill), detailing his journey from the stage into the worlds of business and higher education.

In the book, Salafia shares ideas, concepts, strategies, and stories to illuminate how leaders can bring their best selves to their roles and create environments that allow others to do the same.

His own best self was influenced by his Clark experience. One of six 1972 graduates of LaSalle Academy in Providence, R.I., to attend Clark (which may approach a record for a single school in one year), Salafia started out as a psychology major before switching to geography. His college adventures included a semester spent in Katmandu, Nepal — where he witnessed the coronation procession of the king and queen — and the study of mindfulness meditation in Northern India.

He could have entered a Ph.D. program in geography, but instead, as he describes it, “took a left turn” into theater. Salafia learned to juggle and started to perform in Worcester, Boston, and cities across North America; he took acting classes, and developed and took his one-man variety show around the world. He learned tap dancing under the masters, including the great Gregory Hines. When he was cast in the lead of a Boston musical production that required he learn how to walk on a wire, Salafia rigged a wire in his apartment and spent countless hours not only mastering the technique but also conquering his fear of heights.

“Being a performer teaches you an immense number of skills,” he says. “You learn how to connect with an audience and hold their attention. More importantly, you learn to allow the audience to connect with you.”

Salafia brought those skills with him when, in his mid-30s, he transitioned from performing to a position as a rehabilitation counselor at Boston University, helping people with emotional disabilities regain a work identity. He later worked 12 years at a training company, where he sold, taught, and designed leadership programs that have incorporated theater-based methodologies to help executives improve their communication skills — programs that have been used by thousands across the globe. A major achievement was having Harvard Business School integrate the programs into its MBA core curriculum.

As a sought-after keynote speaker, lecturer, author, founder, and CEO of Protagonist Consulting Group, Salafia is committed to helping organizations build and share their leadership and communication strategies in ways that are authentic and compelling — and successful. He’s got their attention.

This story originally appeared in the winter 2019 issue of Clark magazine.