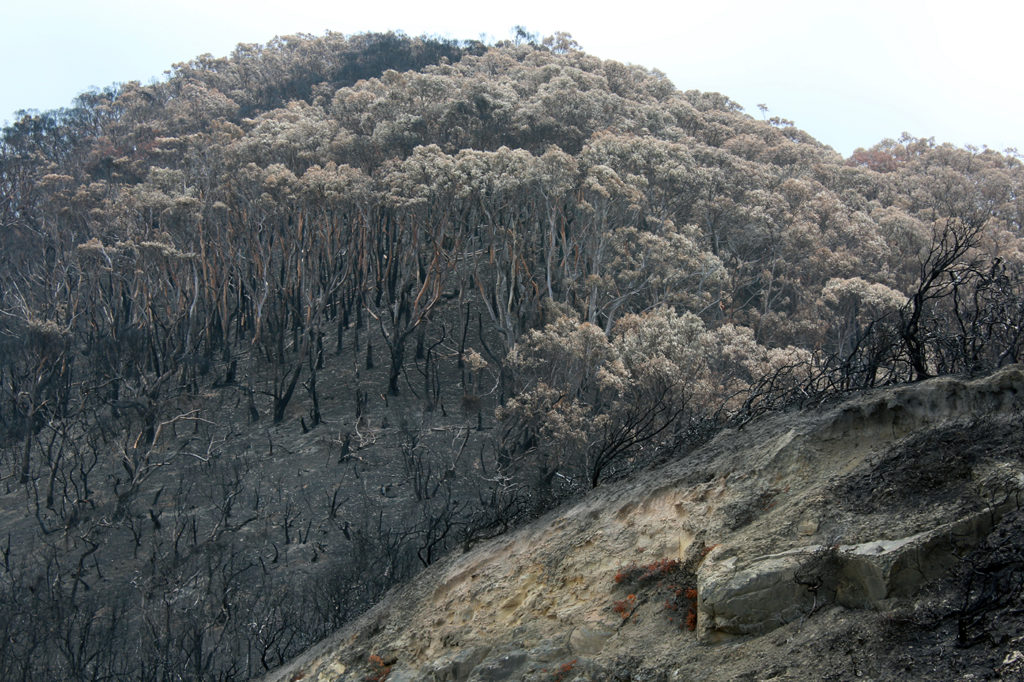 Christopher A. Williams, an environmental scientist and associate professor in Clark University’s Graduate School of Geography, and postdoctoral research scientist Huan Gu worked with The Nature Conservancy and close to two dozen institutional partners to produce the most comprehensive national assessment to date of how greenhouse gas emissions can be reduced and stored in forests, farmland, grasslands, and wetlands; their peer-reviewed study “Natural Climate Solutions for the United States,” published November 14 in Science Advances.

The new study highlights how, and which, natural solutions in the United States offer the most promise to help limit warming to 1.5 degrees Centigrade (approximately 3 degrees Fahrenheit).

The study found that nature’s contribution could equal nearly a quarter of the nation’s current net annual emissions, by adjusting 21 natural management practices to increase carbon storage and avoid greenhouse emissions.  The study is the first to include the climate benefits of coastal wetlands and grasslands in a comprehensive mix along with forests and agriculture.

Of the 21 natural solutions analyzed in the study, increased reforestation (the planting of trees) emerged as the largest means to achieve greater carbon storage, equivalent to eliminating the emissions of 65 million passenger cars. Other high-performing forest solutions include allowing longer periods between timber harvest to increase carbon storage; increasing controlled burns and strategic thinning in forests to reduce the risk of mega-fire; and avoided loss of forests from urban sprawl.

Almost a million acres of forest are being converted to non-forest every year, largely due to suburban and exurban expansion and development, which could be addressed through better land use planning. Williams and members of his lab found that emissions of carbon dioxide could be avoided by circumventing forest conversion.

“Clearing of forests with conversion to other land uses releases their carbon to the atmosphere, and this contributes to rising temperatures,” said Williams. “Landowners and land managers are thinking about how they might use their land base to slow the pace of climate change, but until now they lacked the data needed to assess this potential.

“We estimated how much forest is being lost each year across the U.S., and the amount of carbon that releases to the atmosphere,” said Williams. “Turning these trends around can take a dent out of global warming, and now we know how much and where the potential is greatest.”

“One of America’s greatest assets is its land. Through changes in management, along with protecting and restoring natural lands, we demonstrated we could reduce carbon pollution and filter water, enhance fish and wildlife habitat, and have better soil health to grow our food — all at the same time,” says the study’s lead’s author, Joe Fargione, director of science for The Nature Conservancy. “Nature offers us a simple, cost-effective way to help fight global warming.”

Lynn Scarlett, chief external affairs officer for The Nature Conservancy and former deputy secretary of the Department of the Interior, says, “This study provides good news that making investments in nature will make a big difference, while offering the potential for new revenue to farmers, ranchers, foresters, and coastal communities at the same time.”

Along with publication of the Science Advances paper, a newly launched web interface shows state-by-state opportunities for climate mitigation.

The Nature Conservancy is a global conservation organization dedicated to conserving the lands and waters on which all life depends. Guided by science, the organization creates innovative, on-the-ground solutions to our world’s toughest challenges so that nature and people can thrive together.  The Nature Conservancy works in 72 countries and uses a collaborative approach that engages local communities, governments, the private sector, and other partners.