Everybody’s an expert, or are they? 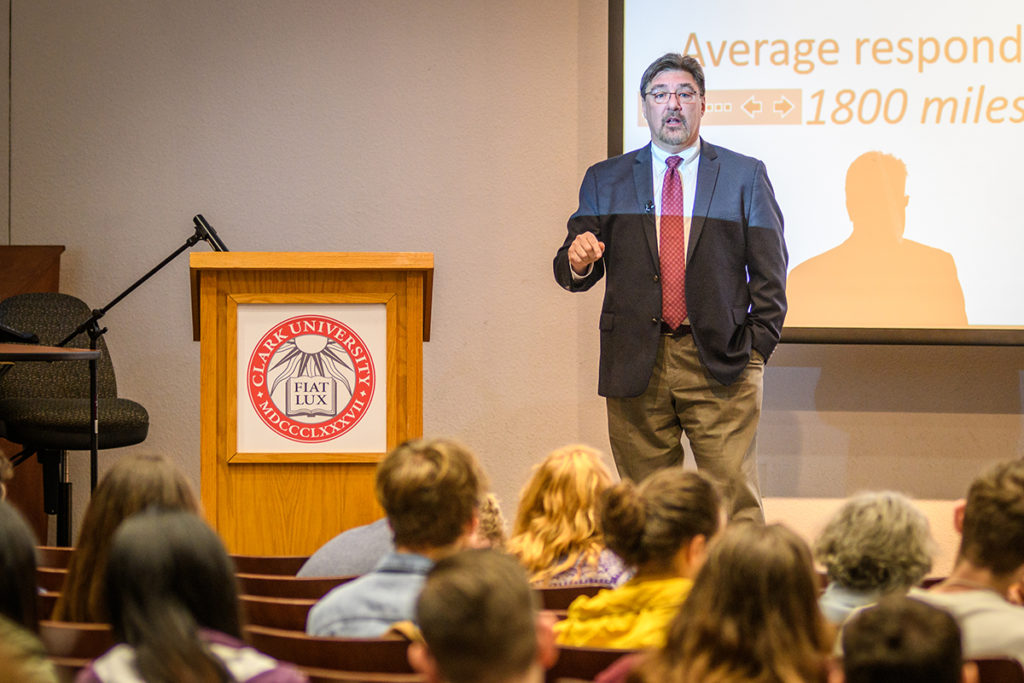 The United States has an expertise problem.

It’s not that we don’t have plenty of experts in everything from technology to medicine to geopolitical relations — it’s that many of us are less inclined to trust what they know, and more inclined to believe we know better. This disconnect has led to the rise of an ill-informed, angry, and distrustful populace, public policy that is often nonsensical, and an education system veering away from objective knowledge and toward feelings-based learning.

Nichols, professor of national security affairs at the U.S. Naval War College and an expert on Russia, is author of the book, “The Death of Expertise: The Campaign Against Knowledge, and Why it Matters.”

Nichols told the audience that while expertise isn’t technically “dead,” it certainly earns less respect than in past generations. In fact, many people, empowered by access to online information, insist their own knowledge base surpasses that of the experts. “This is new,” he said. “Someone walks into a doctor’s office and says, ‘Doc, here’s what I’ve got. Now here’s what you’re going to do.’”

Self-proclaimed expertise often is accompanied by an appalling lack of knowledge, he said. Nichols cited a poll that showed many Americans calling for military intervention in Ukraine (“That’s called World War III,” he noted) though few could identify it on a map, including the country’s correct continent.

A 2015 poll he cited revealed a partisan split over the question of bombing Agrabah, with 30 percent of Republicans in support and 36 percent of Democrats opposed. The problem: Agrabah is the fictional setting for the Disney animated film “Aladdin.” “Half the people interviewed had a very strong opinion about bombing a cartoon,” Nichols said.

Nichols pegs the trend of do-it-yourself expertise to the 1970s, when self-help books and therapies took hold, creating “an epidemic of narcissism” that has trickled into the culture, including education. “We’re not asking students what they know, but how they feel,” he said.

Higher education suggests, wrongly, that students are the peers of faculty, Nichols said. “We enter into a sacred pact together to learn,” one that requires trust in the faculty’s expertise. “We are not peers.” He said the phenomenon is occurring in other countries as well, leading to grade inflation and an easing of course requirements.

The explosion of media in recent decades has encouraged a prevailing narcissism, he said. Straight news has been replaced by endless hours of argument — on television, talk radio, and the internet — so that the “gladiatorial nature of discussion” encourages opinions from viewers/listeners unsupported by vetted facts — a “shortcut to erudition,” as Nichols called it.

Online discourse is especially problematic. Nichols said people are fooled into believing that consulting a search engine yields objective truths, when in fact the algorithms are fashioned to support the user’s viewpoint depending on the search terms. “The magic answer machine indulges our confirmation bias and tells you things you already wanted to hear,” he said. Nichols removed his own blog when he determined that his unfiltered writings were “part of the problem.”

“A writer who is his own editor is a bad writer,” he said. “I never want to work without an editor because I make mistakes and say dumb things.”

The public relies on experts for countless things — from providing clean drinking water to filling cavities — yet the public is eager to blame experts for missteps and downturns in their own lives. Nichols recalled that experts warned of the “housing bubble” years ago, and when it burst, thousands with foreclosed properties complained they hadn’t been properly alerted. “Scapegoating has become our national pastime,” he said.

Experts owe it to the public to speak truth to power rather than affirming those who wield it, Nichols said. “Sometimes people only want to hear the part they want to hear,” he said. “We as a country believe we can do tax cuts and pump up the military budget at the same time. We can’t.”

Asked by an audience member about limited access to the privileged world of expertise, Nichols said that he wants increased respect for expertise so the community of experts can be expanded and more inclusive.

Nichols’ talk was part of Clark University’s Higgins School of Humanities fall lecture series, “How Do We Know?” It was also sponsored by the Political Science Department through the Francis A. Harrington Public Affairs Fund.