Rachael Chen ’19 builds a case for becoming a lawyer 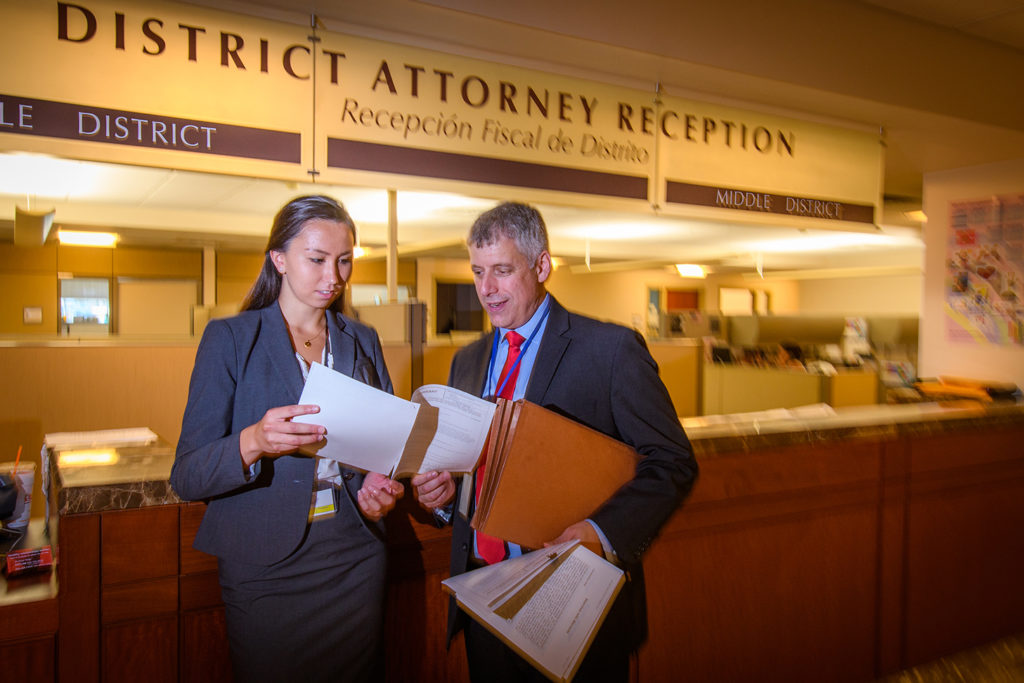 Have you ever imagined yourself standing in a courtroom and cross-examining a witness, like Tom Cruise in “A Few Good Men”? It’s something Rachael Chen ’19 has long envisioned.

“I have wanted to be a lawyer since I was in third grade when I experienced a family situation that gave me a lot of exposure to the court system,” she says. “I plan to go to law school after Clark.”

The political science major and captain of the Mock Trial team interned this summer in the Domestic Violence unit of the Worcester County District Attorney’s Office. There, she made a strong connection with First Assistant District Attorney Ed Karcasinas.

“I followed him during the day, so the work varied depending on what he had to do,” she says. “Some days I’d go through files and paperwork, but other days I got to watch trials, hear arguments, and observe arraignments.”

Her time in Worcester County Court wasn’t her first experience witnessing a deposition as a Clark student. Thanks to Professor Mark Miller, who directs Clark’s Law and Society Program and is Chen’s adviser, she and her classmates have visited the U.S. Supreme Court. Chen is examining the institution more closely in her honors thesis, particularly the way it needs to address “intersectional oppression” linked to race, class, gender identity, sexual orientation, religion, and other identity markers.

“Professor Miller has offered me a tremendous amount of support during my time at Clark. He is genuinely invested in the success of all of his students,” Chen says. “And Professor Kennedy has been a mentor since my first year, offering advice, support for Mock Trial, and internship opportunities.”

Chen engages in a range of interests and activities, including playing forward on the women’s basketball team. But it’s her passion for the justice system that drives her ambitions. “Interning at the DA’s Office has only further solidified what I want my post-college life to look like,” she says. “Lawyers help people who are in a place where they can’t advocate for themselves.”

Chen’s career aspirations include working for the government or a nonprofit, but neither likely will be the last stop on her career track.

“Up until very recently, I thought I wanted to do that for the rest of my life,” she says, “but now I hope to go one step further and become a judge.”