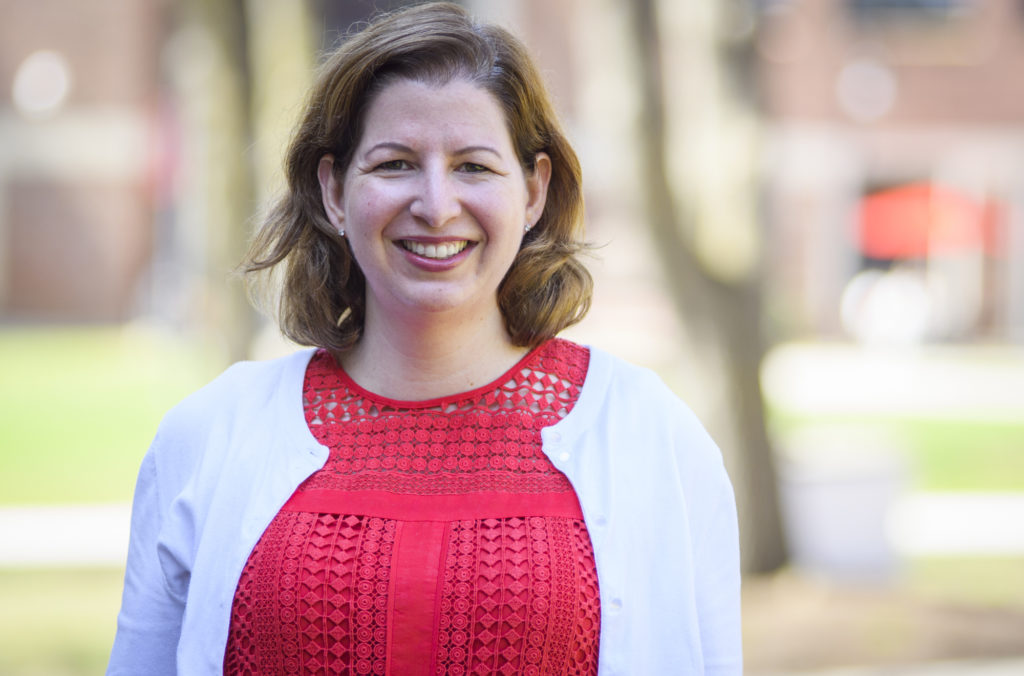 “The New Americans?: Immigration, Protest, and the Politics of Latino Identity,” a book by Heather Silber Mohamed, assistant professor of political science at Clark University, has been named the Best Book in Latino Politics for 2017. The Latino Caucus of the American Political Science Association announced the award at the association’s 114th annual meeting and exhibition on Aug. 29 in Boston.

Each year, the Latino Caucus chooses an outstanding book that examines the political thought and practice of Latinos in the United States, exploring the ways in which race, ethnicity, gender, sexuality, and/or class affect Latinos in their quest for social and political empowerment.

“The New Americans?” illuminates questions at the heart of American political culture: specifically, what does it mean to “become” American?  Silber Mohamed focuses on the 2006 immigration marches. Taking advantage of a unique natural experiment, her research uses survey data to examine how protest and the immigration debate can influence Latinos’ sense of belonging in the U.S.

Her book charts major developments in U.S. immigration policy over the last 50 years, and explores the varied historical experiences of the five largest Latino national origin groups currently in the U.S. — Mexicans, Puerto Ricans, Cubans, Salvadorans, and Dominicans.  Silber Mohamed provides in-depth analysis of the Latino population, particularly in response to the politics of immigration.

Silber Mohamed spent six years working on Capitol Hill in both the Senate and the House of Representatives. The combination of her personal background (her father’s family fled Fidel Castro’s dictatorship in Cuba) and her policy experience contributed to her academic preoccupation with the effects of political debate on Latino attitudes and incorporation.

“I find that the distinct message (‘We Are America’) advanced by the Latino community during the 2006 protests led group members to think differently about what it means to be American,” Silber Mohamed said after her book was first published. “For some Latinos, the protests in 2006 increased their sense of belonging in the U.S. These events contrast sharply with today’s political environment in which inflammatory rhetoric about immigrants and heightened deportations are increasingly forcing immigrants into the shadows.”

Founded in 1903, the American Political Science Association is the leading professional organization for the study of political science and serves more than 12,000 members in over 80 countries.