In “The Dutch Moment,” Wim Klooster explores the rise and fall of Dutch influence on the Atlantic
By Clark News and Media Relations 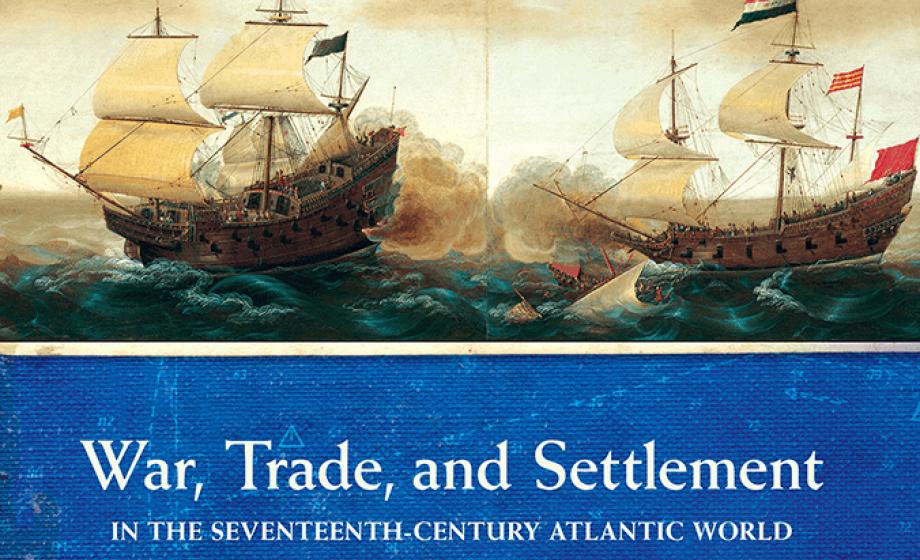 Willem Klooster, professor of history, recently earned the Hendricks Award for his book “The Dutch Moment: War, Trade, and Settlement in the Seventeenth-Century Atlantic World.”

The Hendricks Award recognizes the best “book or book-length manuscript relating to any aspect of New Netherland and the Dutch colonial experience in North America up to 1776 and its legacy.” Awarded by the New Netherland Institute, the honor is named for Dr. Andrew A. Hendricks, a New Jersey native with Colonial Dutch ancestry who resolved to shed light on the importance of the Dutch role in the New World – a long-neglected subject in many American history books.

In “The Dutch Moment,” Wim Klooster explores the rise and fall of Dutch influence on the Atlantic. Through his original interpretation of cargo lists, diaries, and dictionaries, he reveals how the Dutch built their influence through carefully crafted alliances and on the backs of soldiers.

“The mid-seventeenth century formed a specific stage in Atlantic history marked by activities that connected the Dutch to other colonial realms, especially the infant English and French colonies that remained afloat in no small part due to Dutch commercial assistance,” says Klooster.

Klooster expanded on his research with his 2018 book “Realm between Empires: The Second Dutch Atlantic, 1680-1815.”