Steve Castiglione ’18 dives into his next challenge

A biology researcher, Cougar mascot, Clark swimmer, and so much more
By Jim Keogh 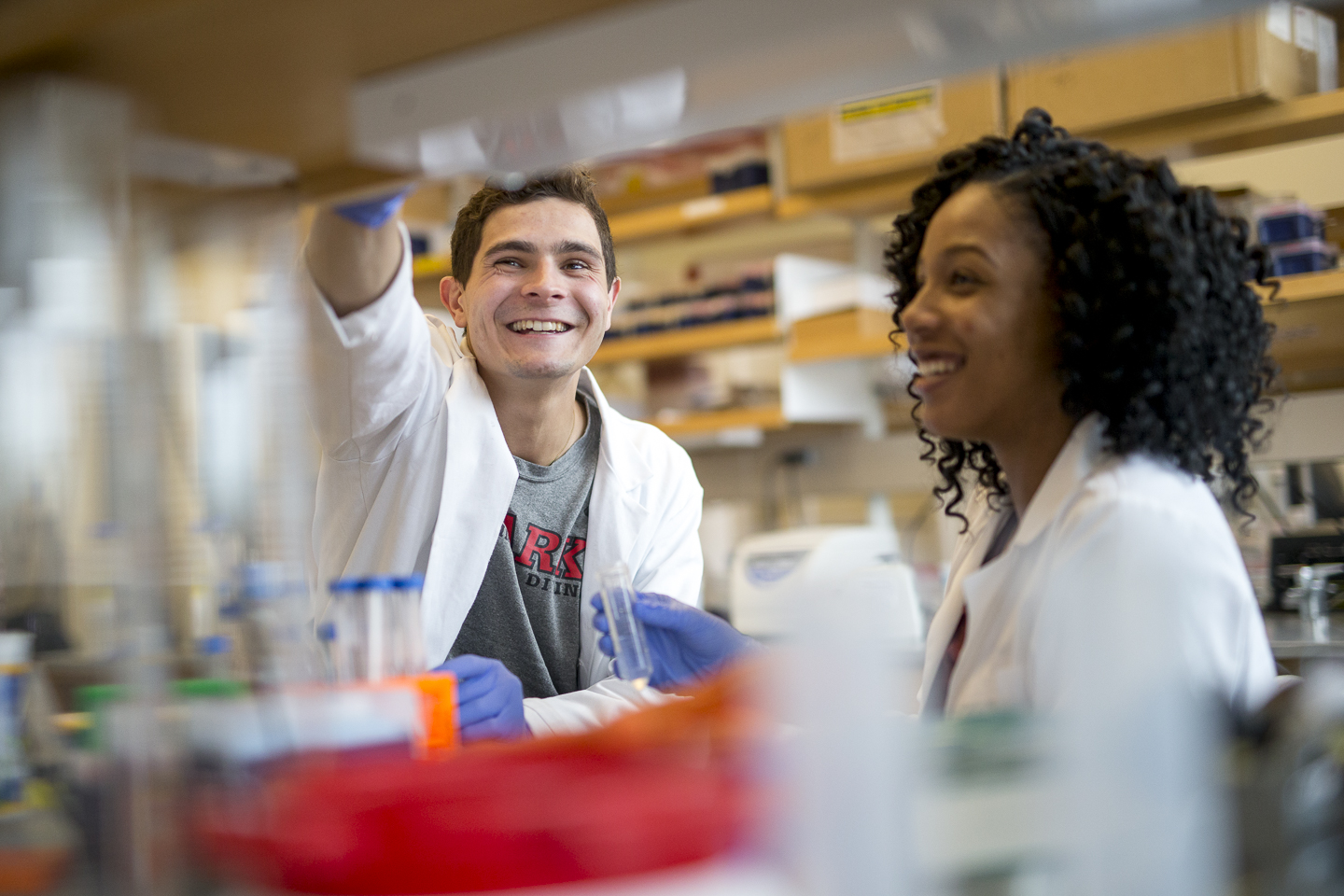 When he stood on the diving board 12 meters above the pool, Steven Castiglione ’18 would let his mind go blank.

In mid-plummet, he twisted, curled, and tucked his body, then unfolded it at the last moment before striking the surface.

As captain of Clark’s diving team, Castiglione’s goal was to knife through the water with barely a ripple. But outside the pool, his life is all about making a splash.

The biology major dove deeply into his passions while at Clark, whether he was studying DNA sequencing, helping the Ultimate Frisbee team secure a victory, or whipping up the crowd at home basketball games dressed as the Cougar mascot.

This summer, Castiglione is interning with Community Harvest Project, a nonprofit farm in North Grafton, Mass., that grows fresh fruit and vegetables to feed people through local food programs and food banks. He’s overseeing the growing, planting, tending, and harvesting of crops, while also identifying and culling diseased plants and pests.

The most rewarding aspect, he says, is the chance to connect with the community. “I’m dealing with people of all ages — from second graders to retirees,” he says. “These can be individual interactions, but I’ve also met with groups of anywhere from five to 65 people.

“Spending my summer at CHP has shown me a new facet of biology. I want to explore and learn more about, farming and agriculture. After my internship is concluded, I’ll be moving out to Denver to seek work opportunities in the agricultural field while pursuing my master’s degree once I’ve settled there.”

The North Haven, Connecticut, native, emerged as the person he wanted to be while at Clark, seizing countless opportunities for involvement, always with the idea of contributing to the good of the campus. That meant welcoming visitors at the Information Desk, giving swim lessons to local children, and writing columns for the student newspaper.

Castiglione says this sense of belonging at Clark was always present, even when he wasn’t fully aware he’s experiencing it. “There were times I felt like I was peeking behind the curtain, and I realized the curtain had been open for me the whole time.”

Now as he moves on to his next stage, Castiglione will be opening new curtains, living life on his terms. Ripples and splashes.