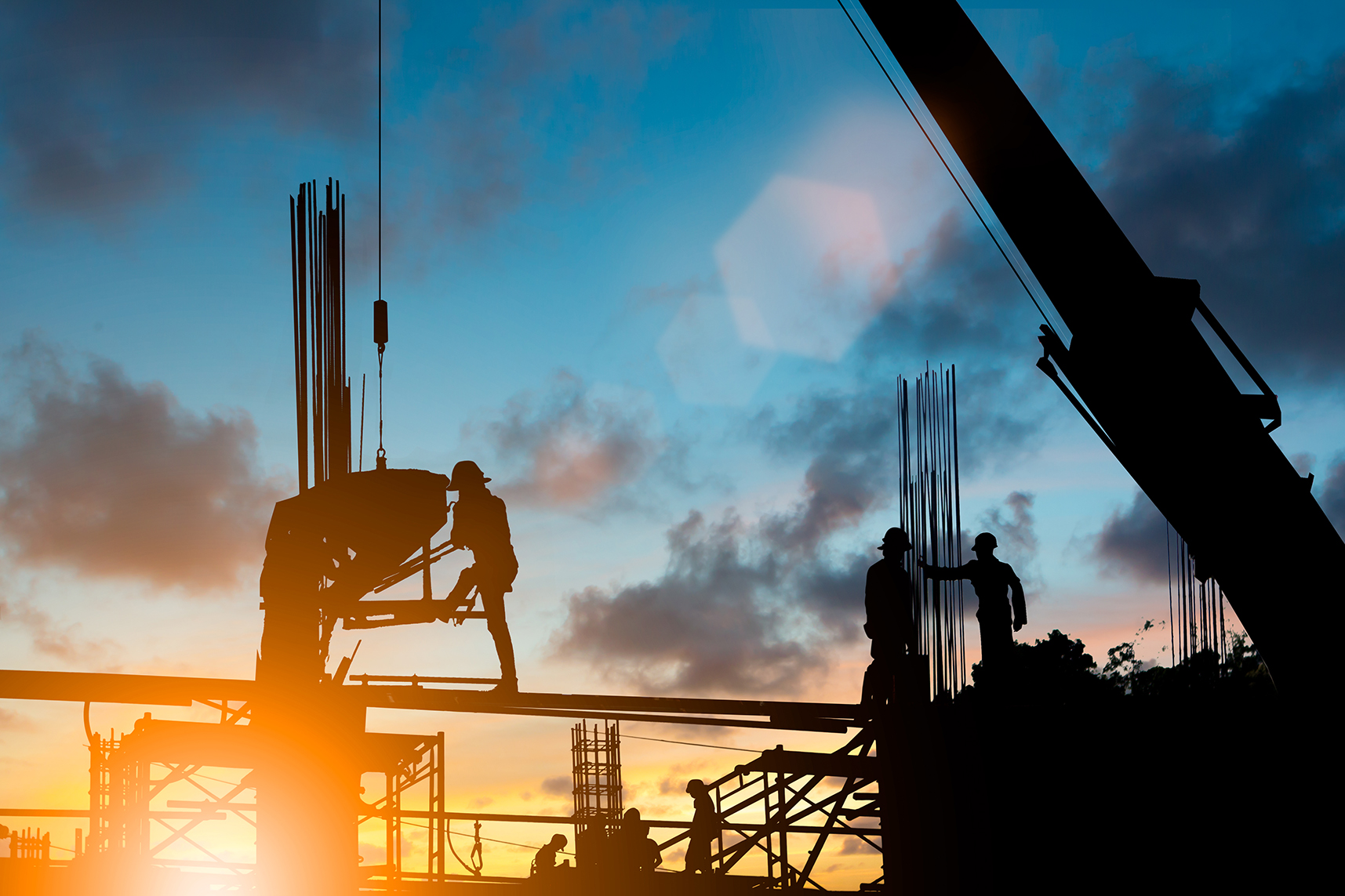 Construction workers face some of the highest rates of deaths in the U.S. labor force, and in most years, construction has topped the list of most deadly industries for workers. But why are death rates higher in some states? And what policies and practices might help save workers’ lives?

Wayne Gray, an economist at Clark University, is studying those questions as part of a two-year, $300,000 grant, “Assessing Public Policy Intervention Impacts on Construction Fatality Rates,” funded by the National Institute for Occupational Safety and Health through the Center for Construction Research and Training, a consortium of experts at universities, government agencies, unions, and corporations.

“We’re looking to see what factors are related to construction fatalities,” says Gray, professor of economics. “If we could figure out why some states had high fatality rates, we might be able to figure out how to get them to look more like the states with lower fatality rates.”

The study is the first of its kind, covering more than two decades of construction fatality data nationwide and focusing on state-specific variations in public policies, according to Gray and his longtime research collaborator, John Mendeloff, a professor in the Graduate School of Public and International Affairs at the University of Pittsburgh.

There have been few studies of the effect of enforcement in construction, the researchers say, because construction firms – unlike manufacturing ones – are active at multiple workplaces that change throughout the year, making it difficult to identify changes in injury rates at a given workplace over time.

The researchers are examining data from the U.S. Bureau of Labor Statistic’s Census of Fatal Occupational Injuries from 1992 to 2015. Most years, construction fatalities outpace those in other industries. In 2014, there were 899 deaths in construction in the United States, versus 766 in transportation and warehousing, 349 in manufacturing, and 183 in mining.

“About two-thirds of construction fatalities occur from falls, harmful exposures, and contact with objects – causes that are covered in some way by health and safety standards and affected by the management of construction activity at the job site,” the researchers explain in their grant proposal.

Gray and Mendeloff, the grant’s principal investigator, are examining factors including the size of construction companies and their projects; the types of construction (for example, heavy construction versus industrial, commercial or housing); the use of sub-contractors; workers’ ages and other demographics; the extent of unionization; and the amount of training workers receive.

“It could be that some states have mostly big projects, and big projects could be more or less safe, so the kinds of construction happening in a state might be a factor in the number of fatalities,” Gray explains.

“On the other hand, home construction can be just as dangerous,” he adds. “Falling from a two-story home could lead to a fatality, just like falling from a 20-story office building. There are a number of reasons why home construction may have higher fatality rates than bigger, industrial projects, including fewer unions and less training for workers.”

States vary in how strictly they regulate safety in the construction industry.  While federal OSHA runs worker health and safety regulation in 29 states, the other 21 states operate their own enforcement programs. Workers’ compensation programs also vary by state, creating different incentives for workplace safety.

“Depending on what we find out, that might provide a case for stricter regulations or more inspections that would tend to reduce the fatalities.  There may also be a case for more generous worker compensation programs,” Gray says. “If a company is required to pay a lot of money when someone is out of work due to an injury, that could provide an incentive for that company to put more money into safety programs.”

The researchers are using construction fatality rates rather than non-fatal injury rates because the latter numbers have more potential for underreporting, according to Gray. That is evident in the data accompanying the researchers’ grant proposal. According to a 2012 study, Alabama, Georgia, South Carolina and other Southern states had some of the highest fatality rates in construction, but they also had some of the lowest non-fatal injury rates.

Something doesn’t jibe with those numbers, he says.

“We don’t really believe that there are fewer injuries in states that have more fatalities; we believe that in some states that are not as aggressive about worker safety, companies may under-report their injuries,” Gray says. “But companies don’t have a choice when it comes to fatalities; they must be reported. That explains why the fatality rates are likely to be more accurately measured.”

The researchers are working closely with key stakeholders, including construction managers, contractors, labor unions, government enforcement officials and others to suggest ways to measure the data, and to review the results. They expect to begin publishing their results in 2019.