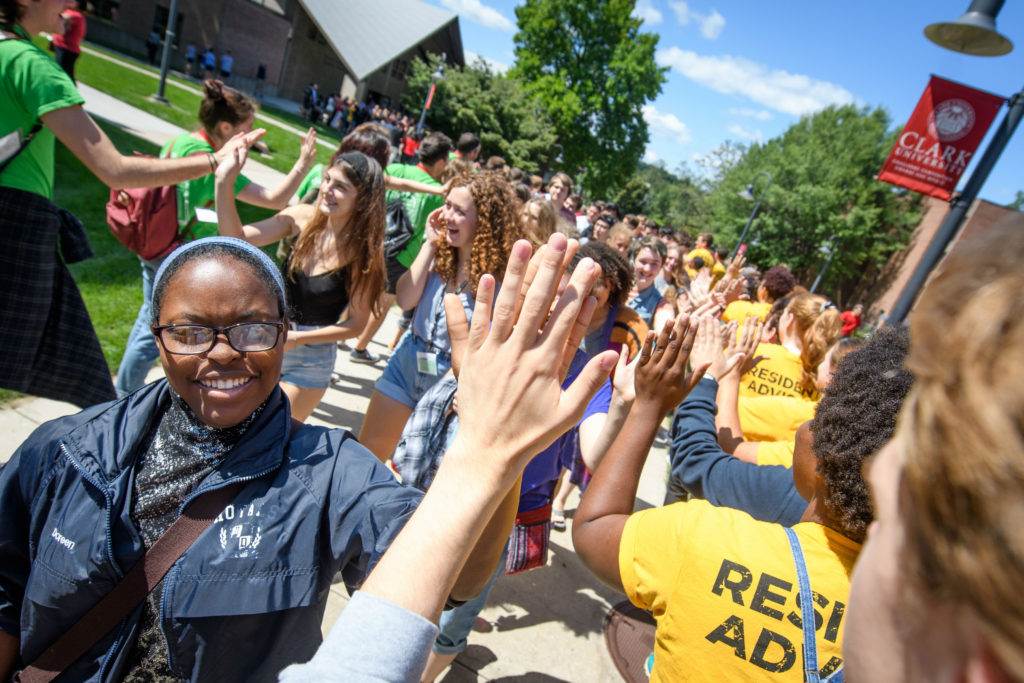 Clark University has launched the 2018-19 school year with new faces on campus and new programs in the classroom.

Clark has welcomed 590 incoming first-year students and 51 transfer students to campus over the past week, representing 34 countries (including the United States). Joining them are 388 new graduate students.

During the summer, the University began construction on a wing to the Cohen-Lasry House, to support the work of the Strassler Center for Holocaust and Genocide Studies, with an anticipated completion during the 2019 spring semester.

In the classroom, the Office of Multicultural and First Generation Student Support is piloting a .5-credit course for first-generation college students, Intro to Higher Education. A new Problems of Practice course — in which students tackle a real-world problem — will be added to the requirements of the Art History major. Another POP course, Ecologies in Crisis: View from the Humanities, is offered as part of the New Earth Dialogue project.

Also this year, Clark students will learn about career exploration and the importance of networking earlier and more often. During orientation, students will be introduced to ClarkCONNECT — a presidential initiative that helps students “launch.” In their First-Year Intensive (FYI) courses, students will be shown how this digital platform helps connect with alumni, parents, and other university supporters for mentorship, résumé review, job shadowing, internships, and career and graduate school advice. The goal is to have all first-year students signed up on the platform by the end of the academic year.

The Office of Diversity and Inclusion will offer the second cycle of the Clark University Diversity and Inclusion Certificate Program for faculty, staff, and graduate students. The office also will recruit undergraduate and graduate students to serve on the President’s Diversity Advisory Council, and will continue to offer the ODI Co-Funding Program, an opportunity to support students, faculty and staff efforts that reflects the mission to promote a campus that is diverse, equitable, and inclusive.

This fall, Clark University’s Higgins School of Humanities’ symposium — “How Do We Know?” — will explore what it means to better understand evidence in all its forms. Highlights include: