Hannah Brier ’20 is a class act 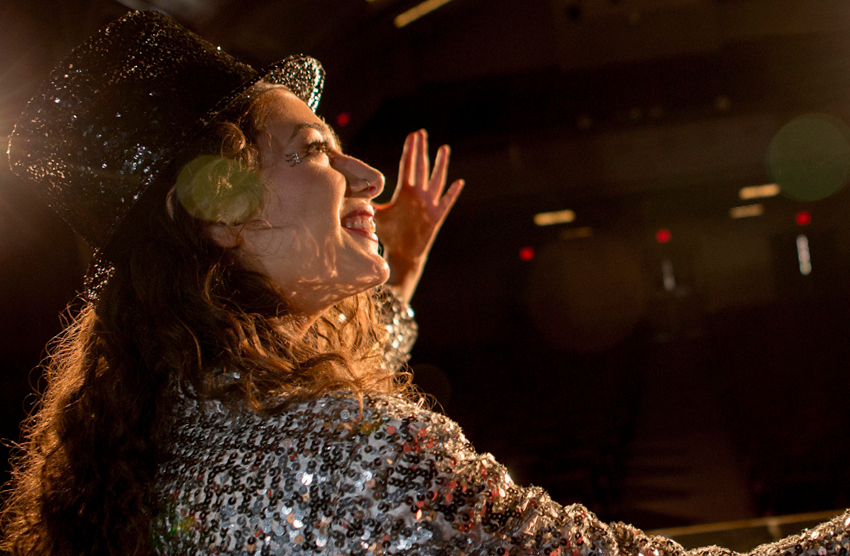 What’s it like to really nail a stage performance? To work with a cast and crew to pull off a show? To be applauded?

Brier relives that feeling with every Clark Musical Theatre production — whether she’s belting out a song or ensuring that props are in place for the next scene. One of her favorite projects was participating in the “24-Hour Playfest,” in which students write and perform original works in the course of a single day. It was fast, daring, exhausting — and exhilarating.

Though she couldn’t have anticipated that level of creative intensity, the South Portland, Maine, native did experience a special affinity for Clark when she first visited as a high school student. “I knew I was going to be a very different person by the time I graduated, and I needed a place where I could grow into the best person I wanted to be. This was the place for me.”

Every new theatrical production supplies a rush. Brier, who has been performing since childhood (her first community-theatre role was in the musical “Annie”), puts it this way: “There’s someone in this audience who is seeing their first show, and someone seeing their last show,” she says. “You have to give your best for both of them.”

Brier is making the most of her Clark experience, sometimes in uncommon ways. For instance, after becoming acclimated to the University, Brier began taking extra notice of the squirrels scurrying around campus.

“They were friendly and fearless, really different than the squirrels in Maine,” she says with a laugh. One snowy day, Brier took a photo of one of the campus critters and created a Squirrels of Clark University Instagram page. “It just blew up,” she says.

She and others have continued snapping and posting photos, and the page now boasts 924 followers. Some of the squirrels even have attained a sort of celebrity status — the natural outcome of being stalked by smart phone-wielding paparazzi.

Her career aspiration merges her creativity and theatricality with her desire to teach. She has always worked with children, most recently counseling Worcester girls through the Clark-run organization All Kinds of Girls. By double-majoring in Theatre Arts and Community, Youth, and Education Studies, she is preparing for a teaching career in which she’ll push against traditional boundaries with the help of her theatre training. She plans to channel the “insane energy” that performing gives her to empower her students to express themselves confidently, maybe even with some flair.

“I don’t want to be a ‘normal’ teacher,” she says. “To me, the theatre opens doors. It heals. That’s why I’m so passionate about it.” Now she’s excited to transfer that passion from stage to classroom, where a new audience awaits.

“This is what I’m meant to do. It’s what I’ve been waiting for.”