When the patients are prisoners: Dr. Karen Gedney’s memoir recounts her career behind bars 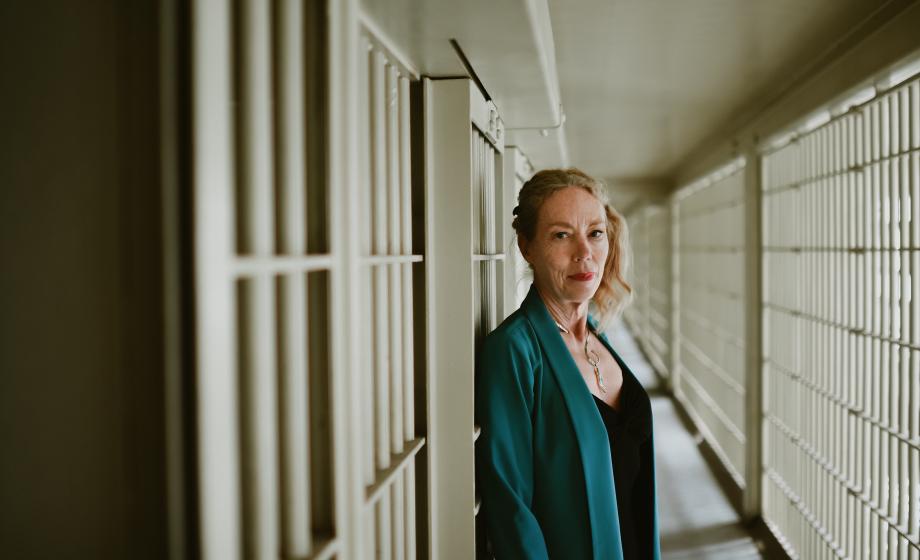 Every retired physician has stories to tell about memorable patients, elusive diagnoses, and difficult decisions.

But the stories of Dr. Karen Gedney ’79 ascend to a higher level. These are sagas.

“You don’t want a person coming out of prison who is meaner than when they went in.”

They unfold inside the Nevada state prison system, where Gedney spent nearly three decades as a physician, treating inmates before retiring in 2016. She survived being taken hostage by a convicted murderer. She battled administrators, and devised strategies and treatments that stressed compassionate rehabilitation over punishment. In the late 1980s, just as she was beginning her career, she encountered an enigmatic disease called HIV/AIDS that was invading the prison population.

Gedney recalls her experiences in a newly published memoir, “Thirty Years Behind Bars: Trials of a Prison Doctor.” 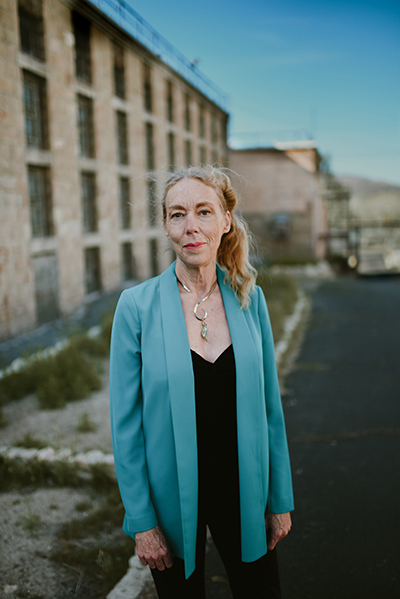 “I was always slightly, bizarrely naïve,” Gedney says with a laugh during a phone conversation from her Nevada home. “What saved me was I had no preconceived notion of what this would be like. It was an adventure of a lifetime, but also a wonder I didn’t get killed.”

A native of Saugerties, N.Y., Gedney played volleyball and majored in biology/pre-med at Clark. She easily recites the names of the science professors who educated her, like Ed Trachtenberg, whose organic chemistry class “gave me nightmares,” and Rudi Nunnemacher, who introduced her to the wonders of comparative anatomy.

She earned her medical degree from the University of Cincinnati Medical School and completed her residency in internal medicine at the University of Nevada on a National Health Corps scholarship, which required her to perform four years of service in an underserved area. Her placement at the Northern Nevada Correctional Center came as a surprise to her. In her book, she recalls telling her husband, Clifton, that she was headed to a medium-security prison to tend to 1,600 male inmates. His response: “So, when are you going to tell your mother?”

Arriving in 1987, Gedney learned that the medical director who’d hired her was dying of cancer. She found herself thrust into a role with an intimidating amount of responsibility. “I’d just turned 30, I was not told how I was supposed to function, and I was being asked to make state-level decisions,” she recalls. “I grew up fast in that environment.”

The relationship between Gedney and the prison’s security personnel often turned antagonistic. They insisted she was too soft on inmates because she advocated for better medical and psychological care. “Some in the prison considered me a threat, but I stood my ground,” she says. “I’d tell them, ‘If certain things need to happen medically, then you need to help me make them happen.’”

At one point, Gedney was asked to mix a lethal cocktail of medicine to be administered at an execution. She refused.

Tensions ran high when prisoners began testing positive for HIV. There were no medications at the time, and AZT was just starting to come on the market.

“One day, the prison director said, ‘I’ve got to go to a meeting in Vegas, and they’ll be asking me about HIV and AIDS. You’re coming with me.’ They were putting pressure on me to come up with policies for the entire state of Nevada, and I’d just come out of my residency.”

Gedney clashed with the director, who mandated that HIV-positive inmates couldn’t work in the kitchen or the infirmary, and that they be subject to more restrictive security measures than other inmates. For instance, they were not allowed to work outside the prison walls, a common privilege for minimum security inmates. “I’d tell him there’s no medical reason not to allow these men to work in culinary,” she says. “He’d say to me, ‘We can’t have them spitting or bleeding into the food. There’d be a riot.’”

She formed the first HIV support group in prison, and trained corrections officers in the facts about the virus to counteract misinformation and allay their fears. Gedney immersed herself in the study of HIV and spoke frequently to groups to educate them about the drugs introduced to combat it.

Over the course of her career, Gedney saw plenty of success stories — inmates who started literacy groups or who went on to lead consequential lives after prison.

But there were always dangers. In her book, Gedney recounts in gripping detail a 1989 incident in which an inmate known as “Moth” barricaded himself and Gedney inside her infirmary office, assaulted her, then held off police for 10 hours before a SWAT team stormed the room and shot him to death. The saga was covered by national media, and as it unfolded, Gedney’s sister called their father to warn him not to let their mother watch the news.

Gedney interacted with thousands of inmates during her 30 years in the penal system, always intent on divining the root causes of their behavior, which often were linked to drug use, poverty, and family dysfunction. She taught life skills courses, and ran a substance abuse education group for inmates with her own money, long after the initial funding ran out. Her efforts earned her a Heroes for Humanity Award in Nevada, and recognition as “One of the Best in the Business” by the American Correctional Association.

She wrote her book, she says, not only to give readers an inside look at prison operations, but to heighten awareness around the things that can be done to more effectively reintroduce former inmates to life beyond bars.

“These are people who have potential,” she says. “You don’t want a person coming out of prison who is meaner than when they went in. You want someone who is an asset.”