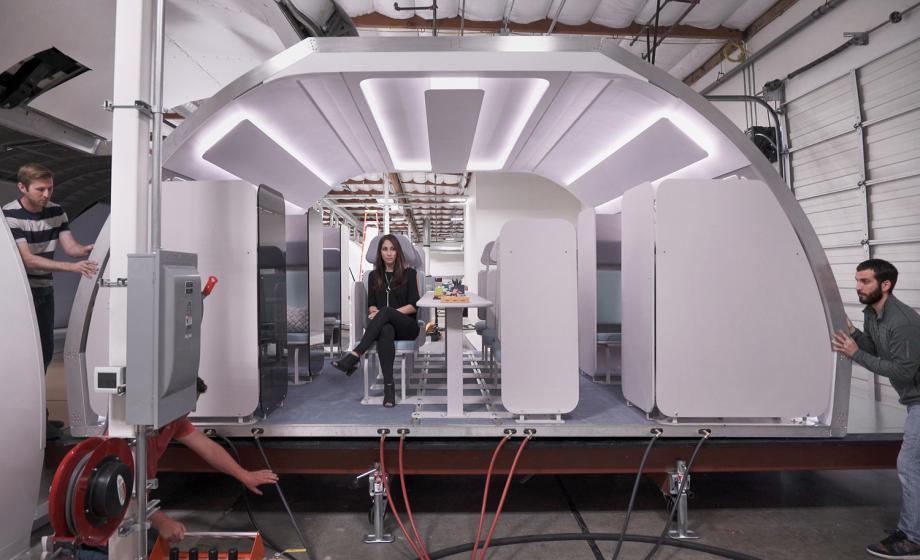 “A smartwatch with LTE will, in theory, let you go for a run, buy a coffee, splash in the ocean, or simply step away from the phone and still be connected,” she wrote for The Verge. “In theory. In reality, my Apple Watch Series 3 with LTE failed at the LTE part.” Because of the issues she had with the watch, Apple issued a statement warning early customers that the smartwatch would have these WiFi-to-LTE handoff issues right out of the box.

Two weeks after her review was published, Apple released a software update that fixed the connectivity issues she had identified.

Goode, who spent three years as a senior technology editor at The Verge (a subsidiary of Vox Media), is now a senior writer for WIRED,the print and online magazine focusing on how emerging technologies affect culture, the economy, and politics. She also co-hosts The Gadget Lab, WIRED’s flagship podcast. Previously, she was managing editor of reviews and consumer tech coverage for Recode and a video producer and reporter for The Wall Street Journal.

Goode honed her craft working for powerful tech journalists Walt Mossberg, credited with pioneering the consumer-focused technology review and commentary, and Kara Swisher, considered Silicon Valley’s most influential reporter. “They took me under their wing,” Goode says. She obviously was a good student. On June 2, her Verge video series, Next Level, won a Northern California Area Emmy Award for technology reporting. (Watch the winning episode.)

“The tech industry is just starting to enter this kind of self-correction phase, and people are looking closely at what our use of all these tools means.”

While she was at the WSJ Goode started covering tech conferences and interviewing the industry players. “I realized this area was fascinating. At that time this era of tech was still nascent; it was the relatively early days of Twitter, early days of companies like Uber, which have turned out to be transformative. There also was interesting stuff going on in hardware; the iPhone had just come out in 2007 and the next mobile revolution was starting to happen.”

Goode calls it “the democratization of technology,” making it more accessible. “If you wanted to be a filmmaker a decade ago, you had to have the money for really fancy equipment,” she says. “Now you can actually make a film on your smartphone. All of that has enabled amazing things.”At Clark, Goode took her first foray into video editing through a class on Final Cut Pro, software that “revolutionized the way editors worked,” she says. Goode was at Clark during the heyday of Napster, the file-sharing service that let people download music without paying for it. “Lots of people at Clark were using Napster when I was there,” she says.

“Every video producer I know sits at a really powerful desktop computer, running either Apple Final Cut Pro or Adobe’s Premiere editing software. That’s just the way it is,” she says. It’s a far cry from her time at the A&E television network, when work was done at giant, multi-thousand dollar editing bays.

Goode spoke with Clark magazine while the Facebook/Cambridge Analytica data scandal was dominating headlines. Pundits wondered if Facebook would eventually go the way of another giant service, America Online. “It’s always possible someone could come along and dethrone Facebook,” she says, but points out that the company has been “uncannily good” about either acquiring companies that are moving into its territory, or parroting features from companies that appear to be.

“In terms of who owns our attention spans when we go to open an app on our phones or laptops, or when we’re kind of bored, I think Facebook still owns that,” she says.

Goode came to Clark to play basketball. She initially committed to attend the University of Connecticut, but “I knew I couldn’t even be the water girl for the UConn basketball team.” After two years she switched to volleyball, which she enjoyed tremendously.

“I got a really good feel from Clark’s campus,” she says. “It struck me as a very diverse place. I had gone to parochial school my whole life, with the same group of people, and felt like I hadn’t been exposed to much outside of that world. I wanted something different, and I was very intrigued with the promise of what a liberal arts education could do.”

Goode says she’s still in touch with all of her roommates and friends from Clark. “We’re scattered all over, but we see each other sometimes,” she says.

In other words, they stay connected, which is easy to do — thanks to technology.