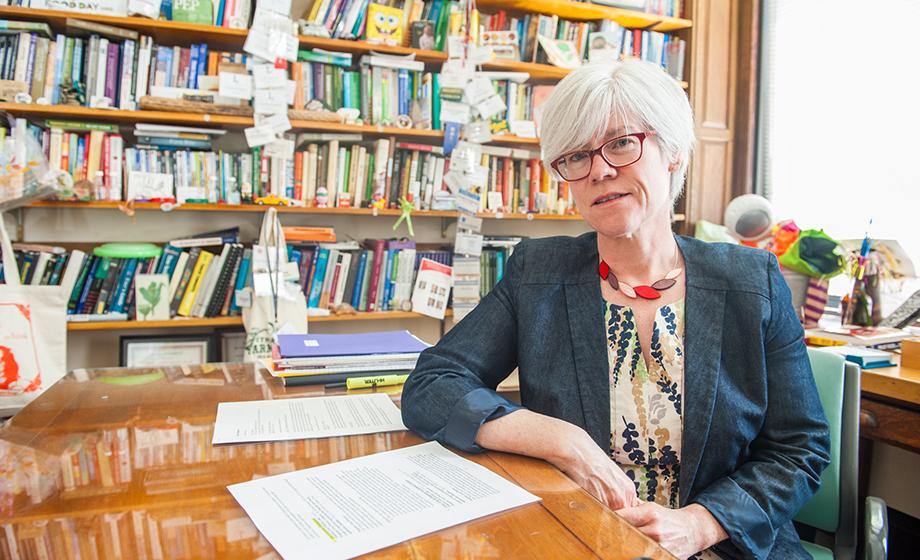 “What pleases me most about this award is that a number of these articles were co-authored with my doctoral students, highlighting the key contribution of our terrific graduate program to the intellectual life at Clark as well as to the larger research community,” she said.

This award culminates a long list of accomplishments and awards for Professor Geoghegan. She received a NAREA Distinguished Member Award in 2011, and served a term as president of NAREA from 2008-2011 and held a seat on the board of directors from 2005 to 2008. Professor Geoghegan (and co-authors Elena G. Irwin and Kathleen P. Bell) received ARER’s “Article of the Year” award for “Modeling and Managing Urban Growth at the Rural-Urban Fringe: A Parcel-Level Model of Residential Land Use Change,” in 2003; she has served as associate editor for both this journal and for the American Journal of Agricultural Economics, and has published in several others.

Professor Geoghegan develops spatially explicit econometric models of land use change using Geographical Information System (GIS) data and technology. She has led vastly different interdisciplinary research projects in this area, first focusing on suburban sprawl in Maryland, then on agricultural development and tropical deforestation in Southern Mexico, then at urban renewal in Main South. Most recently, she worked with Economics Professor John Brown and Clark graduate and undergraduate students to investigate the impact of healthy food accessibility on childhood obesity levels throughout the city of Worcester.