In 1928, Clark students embarked on a transcontinental adventure — for credit
By Jim Keogh 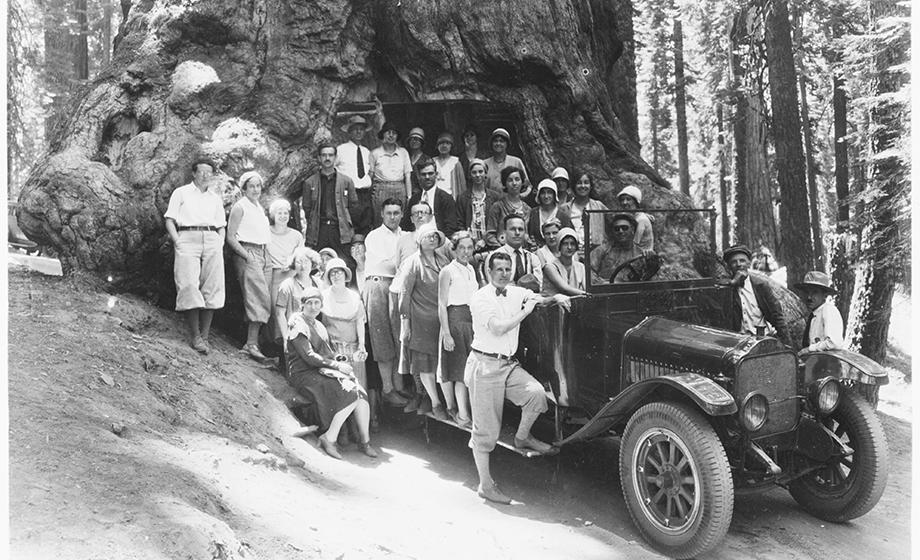 Generations of college students equate the term “road trip” with the raucous events depicted in the 1978 frat comedy “Animal House.”

Half a century earlier, Clark University staged its own road trip, and about the only thing it had in common with the movie version was a road. Oh, there was plenty of that — 8,000 miles worth.

In the summer of 1928, Clark students, as well as young men and women from other colleges, piled into a motor coach and set out from campus on the first Transcontinental Field Trip, traveling to the Pacific Coast and back.

The intent was serious enough — students earned six geography credits for keeping detailed field notes and successfully completing assignments. Yet an advertisement seeking participants also noted: “The trip is offered for its educational value, but this point of view makes it all the more interesting as a pleasure or recreational trip.” So which aspect did students emphasize when selling the idea to their parents? 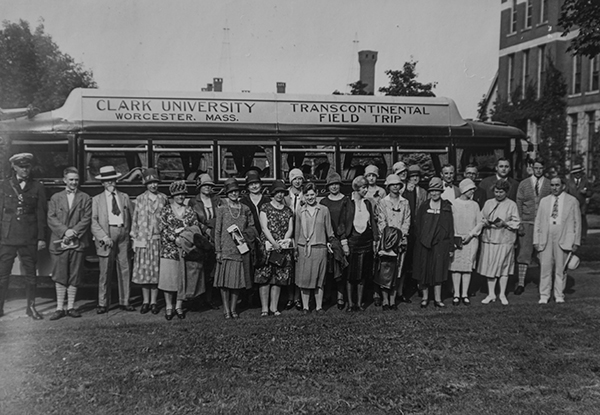 The 1928 trip was such a roaring success that students unanimously petitioned Clark to repeat it the following year.

On July 23, 1929, under the leadership of Professor Bert Hudgins, head of the Department of Geography and Geology at the College of the City of Detroit, a packed motor coach left the Clark campus for the second annual 52-day trek. (A newspaper item from the time duly recorded that “Mrs. Hudgins will chaperone the party.”)

A story in the Christian Science Monitor recounted an ambitious itinerary. The travelers explored major cities, from New York to Los Angeles and San Francisco, and enjoyed extended stays in Yellowstone, Yosemite, and the Grand Canyon. Local naturalists instructed the students about deserts, grasslands geysers, hot springs, natural resources, geological formations, and the impact of climate on agricultural efforts. In California, the students visited Catalina Island (courtesy of the L.A. Chamber of Commerce) and ascended Mount Tamalpais via “the crookedest railroad in the world.” 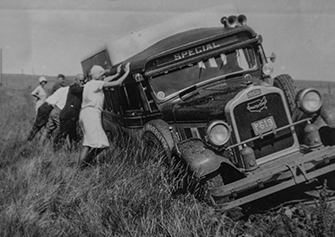 Each student’s total expense for nearly two months on the road was $600, or $8,650 in today’s dollars. And the six course credits they earned? Undoubtedly priceless.