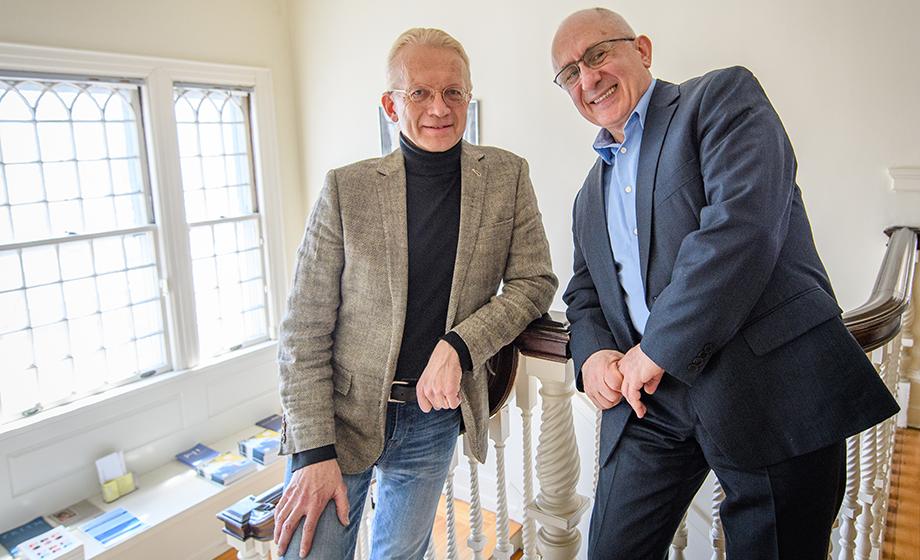 On Feb. 14., Taner Akçam (above right) joined Thomas Kuehne, his colleague at the Strassler Center for Holocaust and Genocide Studies, as a new citizen of the United States.

The professors say they were motivated to seek citizenship because they wanted to have a voice in the U.S. political process, particularly the ability to vote in the country where they’ve lived under green card status for many years.

A native of Turkey, Akçam is a renowned researcher and activist around the subject of Turkish culpability for the Armenian genocide of the early 20th century. His research takes him overseas, often to the Middle East, and obtaining citizenship removes the stress and uncertainty of reentering the United States, he says.

Kuehne, a native of Germany and co-director of the Strassler Center, became a U.S. citizen last year and says he welcomes the “rights and duties” of citizenship. He’s even vacationing in true American fashion. Last year it was a trip to the Grand Canyon. This summer, he’s off to the Rockies.