Clark appoints new associate provost and dean of the faculty 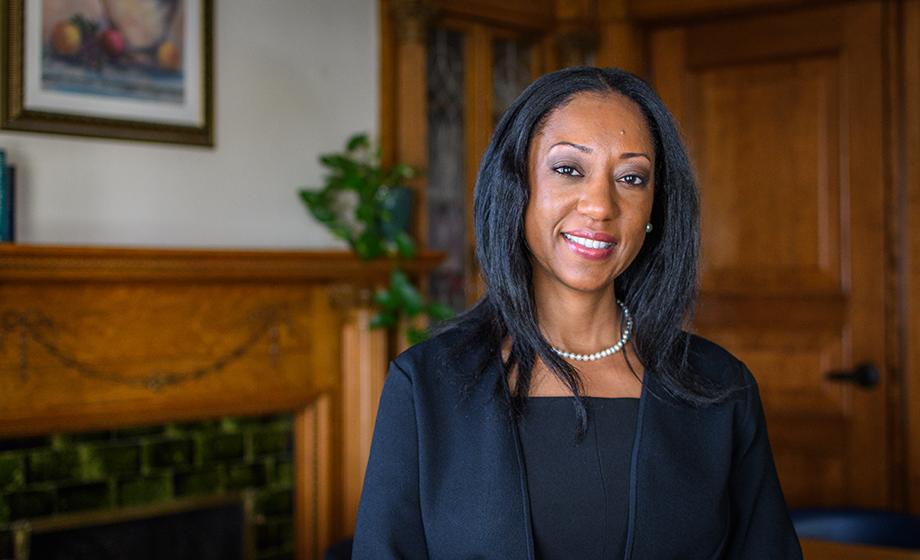 Clark University has named Esther L. Jones as its first ever associate provost and dean of the faculty. She began this post on June 1.

Jones joined the Clark faculty in 2009 as assistant professor of English and held the E. Franklin Frazier Chair of African American Literature, Theory, and Culture at Clark. She also served as the inaugural director of Clark’s Africana Studies concentration, a curriculum for students who wish to develop a cultural, historical, political, social, and geographical awareness of the ways people of African descent have lived, worked, and fought for self-definition. In addition, Jones is affiliated with Clark’s Women’s and Gender Studies program and the Comparative Race and Ethnic Studies concentration.

Jones lectures on American and African diaspora literature and culture. Her research and publications deal with subjects primarily in the fields of the health humanities and speculative fiction, with a focus on race and gender. She is the author of “ Medicine and Ethics in Black Women’s Speculative Fiction” (Palgrave Macmillan 2015), which examines the constructions of black pathology and bioethics in science fiction by contemporary black women writers, and the editor-in-chief of “Health Humanities in Global Context: Race and Ethnicity around the World.”

In making the announcement, Provost David Baird said the search committee was impressed with Jones’ “substantive vision for the role and her concrete ideas for how to constructively support the faculty with respect to teaching, research, and service.”

“I am humbled and honored to be the first steward of this position,” Jones said. “I believe that Clark is poised for breakthrough in a number of areas that this position can support and facilitate. I’m thrilled to be able to enact a vision and develop models and strategies to further support the high quality of work performed by our faculty; I believe they are the University’s most valuable asset.”

Jones earned a bachelor’s degree from Fisk University, and master’s and doctoral degrees from Ohio State University. She is a resident of Wellesley.