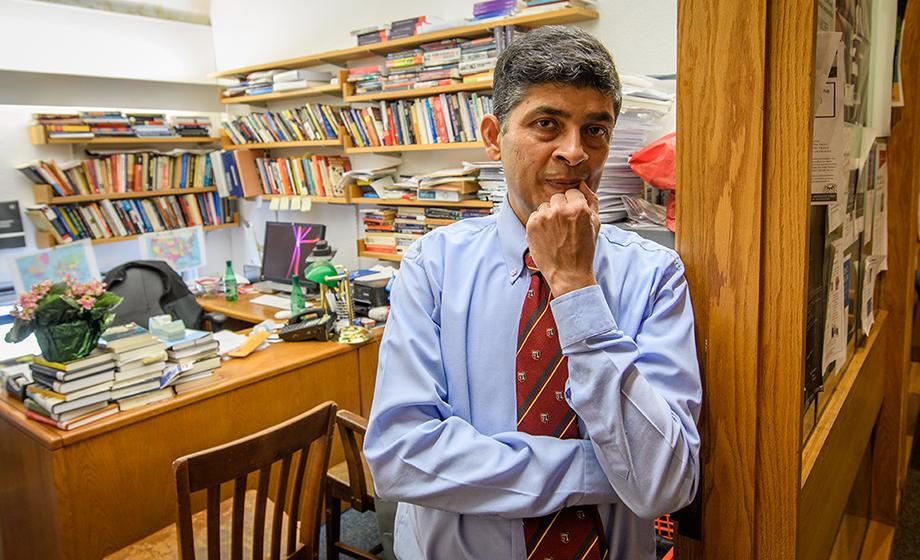 The diplomatic tango between the United States and North Korea reached sublime proportions in late May, as Donald Trump and Kim Jong-Un engaged in will-they-or-won’t-they jockeying over whether nuclear disarmament talks would take place. (They eventually did on June 12.)

As summit speculation escalated, major media outlets came calling on Clark’s Srinivasan Sitaraman, associate professor of political science and a Korea expert, who offered commentary to the likes of CNN, The Wall Street Journal, Bloomberg, and the Los Angeles Times about the fragile state of affairs between the two world powers.

The dickering over whether a summit would take place served as constant fodder for the news cycle, with Sitaraman consulted time and again for his expertise. The Los Angeles Times reported on a surprise May 26 meeting between the North and South Korean leaders, who talked about reviving the summit, which, at that point, had been called off by President Trump.

“Srinivasan Sitaraman, an associate professor of political science at Clark University in Massachusetts, saw the sudden meeting between the two Korean leaders as a sign that South Korea was pursuing its own interests independently of the U.S.,” the Times wrote. “He noted that to [South Korean President Moon Jae-in], peace between the two Koreas ‘is very important to his political legacy and regional stability.’ ”

A report that North Korea had blown up its Punggye-ri nuclear test site elicited skepticism from Sitaraman, who assured CNN the display did not mean Kim was giving up his nuclear arsenal.

As negotiations dragged on, the media returned to Sitaraman for his analysis on the evolving situation. When the summit looked to be off the table, he told The Wall Street Journal the unthinkable may occur: North Korea could become an object of international sympathy.

“It’s a tough situation that the U.S. is in,” he said. “Those who don’t know anything about this are going to say, ‘Look, they blew up the test site, why torture them more?”

Over the course of a week, Sitaraman’s comments were circulated in TV, print, and online media outlets from coast to coast and overseas.