By Alumni and Friends Engagement 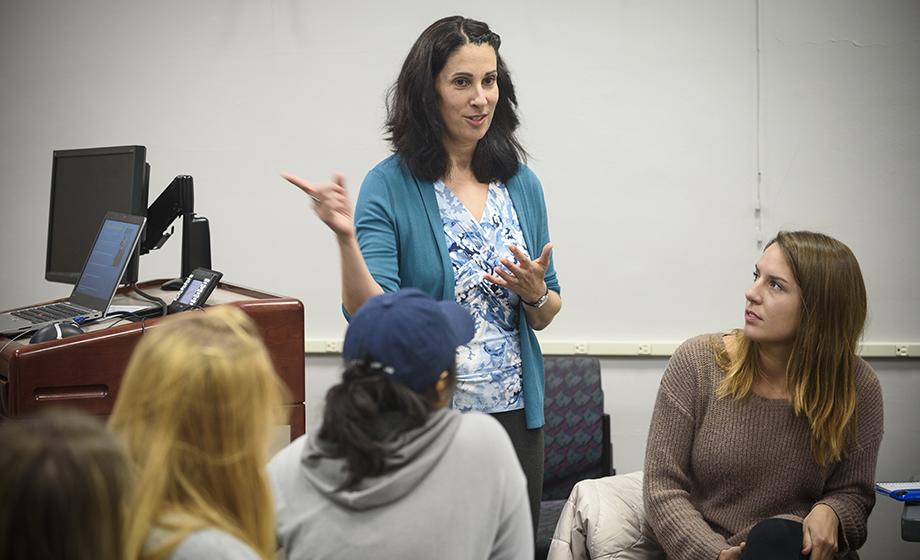 More than 60 alumnae, family, and friends gathered this spring to hear two alumnae speak about life after Clark and the exciting twists and turns of their career paths.

At a Women’s Leadership Lunch on April 11, alumnae gathered at the Michelangelo Hotel in New York City to hear artist Margaret Kennedy ’63 interviewed by Ingrid Busson-Hall ’96, president of the Clark Alumni Council and senior director of financial regulation at PayPal.

Kennedy shared highlights of, and insights from, her lengthy career as a senior-level editor at a number of influential magazines including House & Garden, House Beautiful, Victoria, and Elegant Bride. During her career, she covered markets and trends across America and around the world, worked with top designers and photographers, and wrote and illustrated a monthly column offering design advice.

Fellow alumnae at the lunch enjoyed hearing about Kennedy’s work-related travel around the world, the people she met, and the instances when luck was on her side, leading to opportunities and rewards. Kennedy revealed that after many years in the magazine industry, she finally had time to fulfill her “Someday Plan” of studying at the Art Students League and the National Academy of Design. Now working as an artist, she focuses on creating large abstracts in her Harlem studio.

Alumnae gathered for the second Women’s Leadership Lunch at the Ames Hotel Boston on April 25 to hear Michelle Cove ’91, founder and executive director of MEDIAGIRLS, speak about her nonprofit organization that teaches middle-school-age girls how to recognize and celebrate their strengths and focus on positive self-image in a digital media-manipulated world. Girls who participate in MEDIAGIRLS programs learn how to harness the power of media for positive change.

Read more about Michelle Cove and  MEDIAGIRLS  in the summer 2017 Clark magazine.

In addition to her nonprofit work, Cove also spoke about her time as a student at Clark, her first steps into activism, and her role as a journalist, award-winning filmmaker, and bestselling author. Her work has been featured on “The Oprah Winfrey Show,” Katie Couric’s talk show “Katie,” and “The Today Show,” and in The Washington Post and The New York Times. She also has made two feature-length documentaries, “Seeking Happily Ever After” (2010) and “One and Only” (2016). A lucky guest at the lunch won a signed copy of the book Cove co-authored, “I’m Not Mad, I Just Hate You! A New Understanding of Mother-Daughter Conflict.”

Alumni are invited to the home of Sander Rikleen ’73 and Lauren Stiller Rikleen ’75 in Wayland, Mass., on Sunday, June 3, at 11 a.m., for “Sunday Brunch & Conversation.” The event will feature a discussion between Lauren, who is president of the Rikleen Institute for Strategic Leadership and an author, attorney, lecturer, and community leader, and Mary-Ellen Boyle, associate professor of management at Clark and a researcher with a special interest in organizational and social change. The discussion will focus on how workplaces and institutions can build bridges across race, gender, and generational divides to encourage positive and lasting change.

Alumni can register here or contact the office of Alumni & Friends Engagement at 800-793-6246, or alumni@clarku.edu.