Students honored for work on Clark Musical Theatre production of The Little Mermaid.
By Clark News and Media Relations 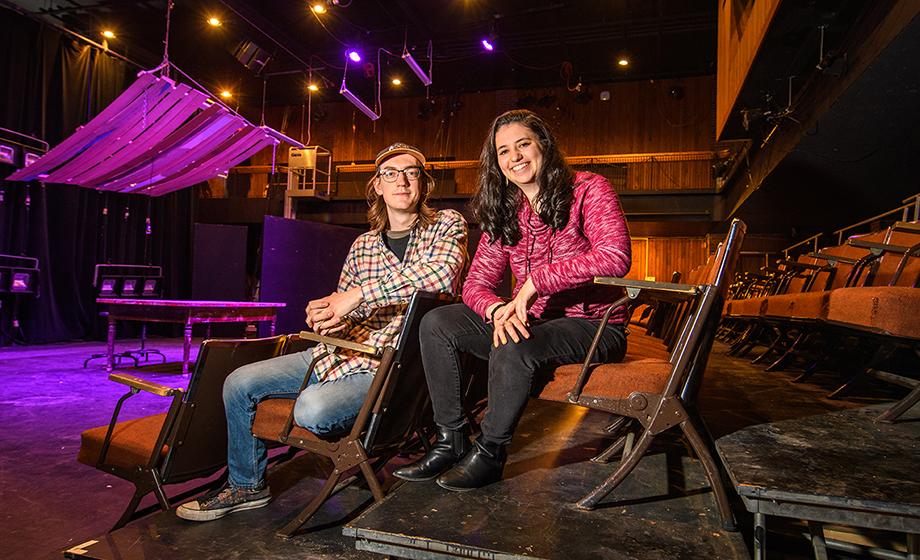 The Region 1 Festival, which drew theater students from seven northeastern states, was held in February at Western Connecticut State University. Started in 1969, the Kennedy Center American College Theater Festival is a national theater program involving 20,000 students each year from colleges and universities nationwide.

“I knew pretty much my entire life that I wanted to do theatre. It wasn’t until college, however, that I realized I wanted to be a costume designer,” says Silverman, who hopes one day to pursue a graduate degree in costume design. “By focusing on theatre and costume design, I have been able to continue learning how the overall production process works. I also have found my studio art minor incredibly helpful in developing my skills to create my designs.”

At Clark, she has found the freedom to pursue her goals. “If I want to try to accomplish something,” she says, “it is very easy to talk to my advisers and work on a way for it to happen.”

For his work lighting Clark’s production of “The Little Mermaid,” Day was awarded the Vectorworks Award for Design, Technology, and Management and the Stagecraft Institute of Las Vegas’ Don Childs Award for Excellence in Lighting. His award included a computer program for lighting designs, and an internship with professionals in theatrical lighting. Day’s mentor for his award-winning work was Kevin McGerigle, technical director in Clark’s Theatre Department.

“I came to Clark with essentially no idea of what I wanted to do,” says Day, a media, culture, and the arts major, a Traina Scholar, and a member of Clark University Players Society and the Recycling Crew. “My experiences with Clark and its faculty, staff, and students have shaped who I am and helped me find a potential career path that could be exciting, rewarding, and fun. I learned everything that I know about lighting here.”