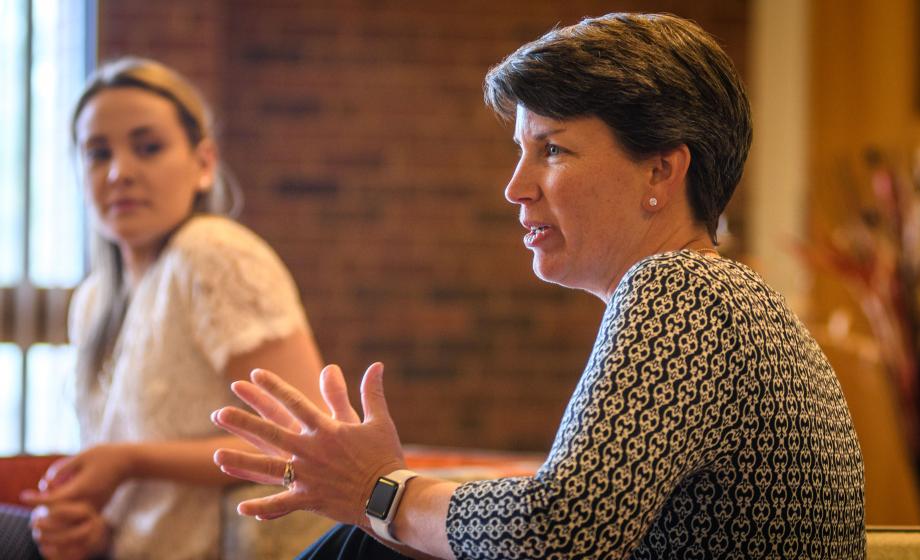 On February 17, 1998, Gretchen Silverman and her American teammates defeated Canada in the first ever women’s ice hockey Olympics gold medal game. Silverman became the first woman ever to score a goal in an Olympic gold medal game. “Us versus Canada — there were no-holds barred,” she told an audience a Clark audience at an April 11 presentation in Dana Commons. Silverman shared her story with students in Professor Melissa Butler’s “Sport and Society” class.

For each player on the ice that day, the game was the culmination of a life’s worth of work. For Silverman, that work started at 6 years old when she selected her older brother’s skates as the hand-me-downs of choice over her sister’s figure skates.

“No one was going to tell me I couldn’t play hockey,” Silverman said.

With the support of her family, friends, and teammates, Silverman played competitive hockey throughout her adolescence before being accepted to Dartmouth College where she would become the women’s ice hockey team’s all-time leading scorer with 189 goals and 312 points – records that still stand. It was in her first year at Dartmouth that Silverman began having thoughts of becoming an Olympian. Eight years later, she was representing her country at the Winter Olympics in Nagano, Japan.

Silverman said female athletes have come a long way in the last 20 years, but believes there is still a way to go, citing disparities in media coverage between men’s and women’s sports and a lack of coaching opportunities for women.