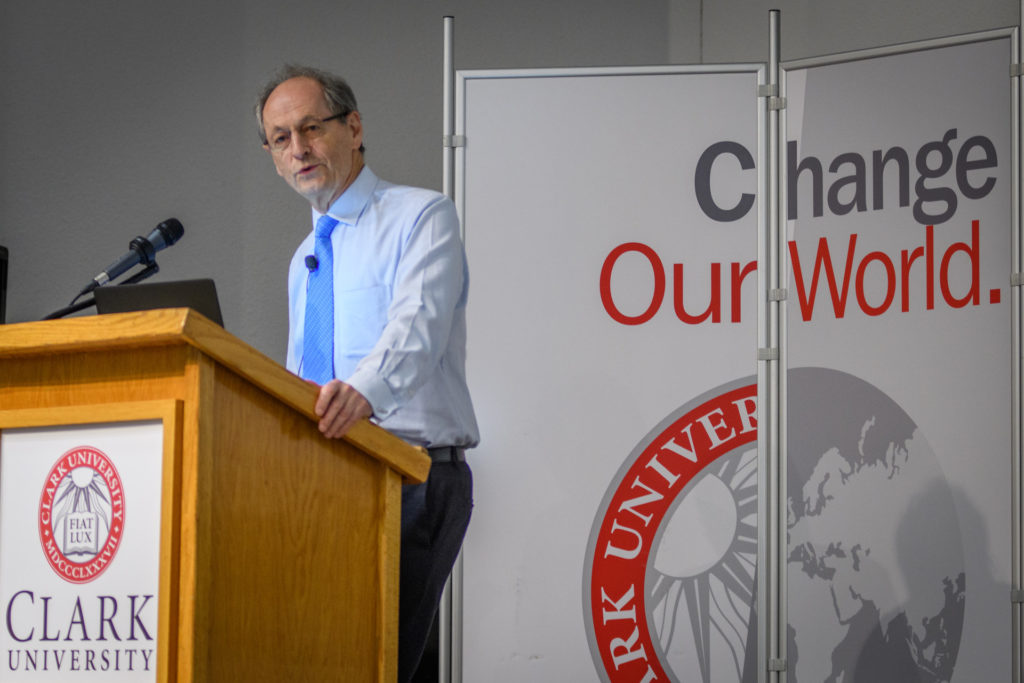 “It’s not only about poverty. It’s about inequality.”

From that simple premise, Sir Michael Marmot, a world leader in studying health inequalities and social determinants of health, delivered an illuminating President’s Lecture on April 11. Roaming the stage in Jefferson 320, Marmot talked about the vast health differences among residents in cities like London, Glasgow, and Baltimore, with low-income residents typically experiencing lower life expectancy than those with more financial resources.

While socioeconomic status is a significant determinant of health outcomes, it’s not the only one, he explained. Some municipalities have found ways to narrow the gap by committing social and financial capital toward solving the problem.

Marmot, author of “The Health Gap: The Challenge of an Unequal World,” offered compelling statistics from the Whitehall Studies, his groundbreaking 10-year investigation (1967-1977) of British civil servants that found a link between the grade level of a job and that employee’s health outcome. It’s a phenomenon that continues to this day around the world, he said.