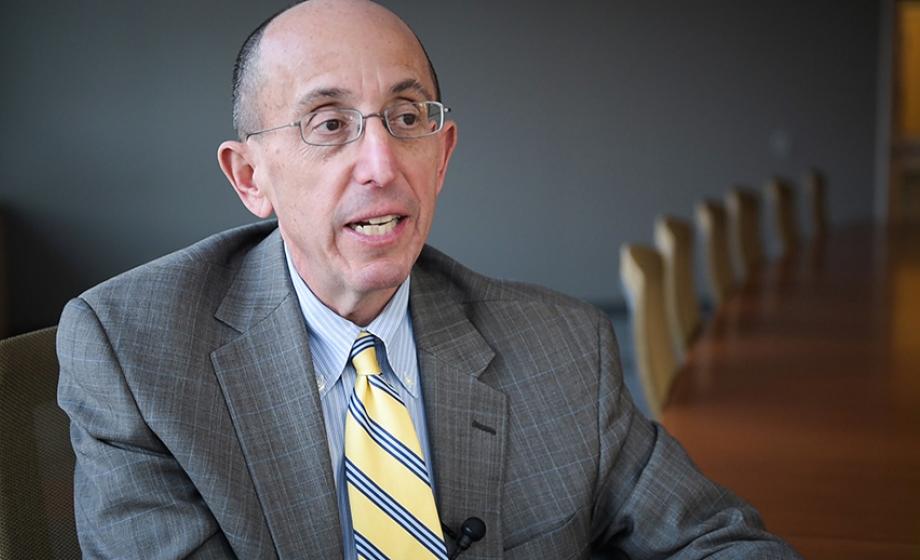 Gary Labovich ’81 arrived at Clark University thinking he would become a lawyer, but an Introduction to Economics class with Professor Roger Van Tassel helped changed his mind. “I loved just about everything in the course,” he recalls. “I’d never been exposed to traditional economics, and I found it fascinating.”

That particular decision was relatively straightforward. The rest of Labovich’s Clark experience followed less direct, but hardly less enriching, lines. An American literature class inspired his lifelong passion for reading; an advanced logic course challenged him to wrestle with unfamiliar concepts. Countless social opportunities widened his perspectives beyond those he’d established in his small hometown of Swampscott, Mass.

“I’d had a very insular view of the world,” Labovich says. “Coming to Clark was truly an awakening. To meet kids with different backgrounds, to listen to avant-garde music — I was exposed to everything.”

Labovich has since gone on to a successful career as executive vice president at Booz Allen Hamilton, one of the oldest and most prestigious technology and management consulting firms in the world.

And he gives to Clark, because of what Clark gave to him.

Labovich contributes financially to perpetuate the Clark mission of providing a world-class education that helps students realize their ambitions and produces alumni who become leaders in their fields.

“As somebody who has the ability to open some doors, it’s almost my obligation to do that.”

A member of the Board of Trustees, Labovich also was one of the earliest participants in the ClarkCONNECT initiative, which links alumni with students for mentorship and career exploration opportunities. He has brought Booz Allen to campus for student recruiting, resulting in job offers for five Clark students including Jacob Reiner ’17 and Alex Turgeon ’16, MBA ’17, both now employed by the firm as strategic management consultants.

“Gary’s commitment to Clark in support of the student body has been instrumental in not only opening up my eyes to the world of consulting, but also providing me the opportunity that I otherwise wouldn’t have,” says Turgeon.

Clark students fit the profile, he says, especially given the excellent liberal arts education that separates them from the pack. “We’re looking for people who have a little bit of courage to step into something that they may not be entirely comfortable with, but who are going to make the investment of their time, along with our investment, to become expert in a particular area.”

Labovich recalls his own Clark days, when most classmates planned to enter graduate school or sent out batches of résumés in the hopes of landing a job. The intentional effort to connect Clark’s alumni network with students, and attracting companies like Booz Allen to campus, gives students “a wider set of choices than I ever had or ever could have conceived of having, which is great.”

His motivation is to see Clark students become successful in their lives and careers. The typical Clark graduate, he notes, is well poised for a productive launch, and the key is to show potential employers what the University’s students bring to the table.

“I feel as a mentor, my job is to give Clark students those opportunities to shine,” he says. “As somebody who has the ability to open some doors, it’s almost my obligation to do that. Students need somebody who can talk to them, give them the confidence, and frankly give them the ‘in’ to be successful. Because once you get them, they’re terrific.”

This story was originally published in Clark magazine, winter 2018