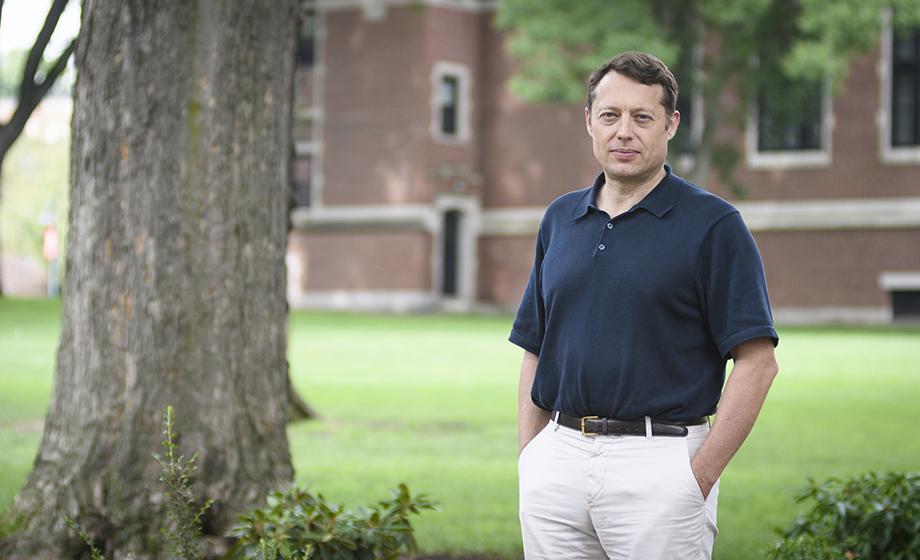 A study led by Clark University geographer Lyndon Estes and published this week in Nature Ecology and Evolution suggests how ecologists might employ better methods and scales for collecting data on ecological phenomena.

Ecologists study ecosystems by comparing changes over time and between different areas of a region or the world; they collect data by making on-site observations or using technologies such as remote sensing via satellite.

In an April 2 article titled “The spatial and temporal domains of modern ecology,” Estes, assistant professor in Clark’s Graduate School of Geography, and his collaborators explain how they conducted a meta-analysis of modern ecological research to understand whether technological improvements in data-gathering have resulted in more comprehensive observations.

They randomly selected 348 scientific papers out of 42,918 published from 2004 to 2014 in the top 30 ecology-themed journals, and examined the duration and frequency at which scientists collected data (temporal scale) and the area and resolution (such as miles per inch on a map or satellite image) of land or water examined (spatial scale).

“[I]nvestigation across multiple scales is essential for understanding ecological phenomena,” according to the authors. “This awareness has grown rapidly since the 1980s, accelerated by the need to understand how changes in the global climate, ocean and land systems are affecting everything from individual populations to entire biomes, while technological advances in areas such as remote sensing and genetics are making it ever easier to quantify ecological features across a broad and increasing range of scales.”

In the papers analyzed, 80 percent of the data were collected through conventional field observations; 12.4 percent through on-site automated sensors; 6.9 percent through remote sensing; and less than 0.8 percent through palaeoreconstruction (methods that allow scientists to compare present-day and prehistoric data regarding, for example, melting of Antarctic ice sheets).

The authors report, “Our results suggest that modern ecology’s observational domains are fairly narrow” – that is, collecting data only once or infrequently over a period of less than a year, in an area of around 10,000 hectares, or 25,000 acres. They note that since “ecologists still primarily rely on conventional field-based observational techniques,” they may not get a full picture of the ecological phenomena they are studying.

The authors use the example of wildfires. Daily satellite data can map the number of acres a wildfire has consumed, and how long it has lasted, they point out, “but the instantaneous nature of the imaging means that [the data] cannot be used to observe fire behavior.”

“It might be better to have a single continuous measurement of the fire, rather than, say, 30 instantaneous measurements separated by one-hour intervals,” Estes later explained. “You might miss a lot of fire behavior in the interval between those measurements.”

In conclusion, Estes said, he and his collaborators note that “if ecologists are not mindful of the scales of their observations, they might end up with data that does not match the scale of the phenomena they are studying. That means the data will not be very informative, and might in fact be misleading.”

The authors recommend “that ecological journals require authors to quantify and clearly report the values of resolution, extent, interval and duration.”

Estes – who came to Clark last fall from a research position at Princeton University’s Woodrow Wilson School of Public and International Affairs – is first author on the paper.