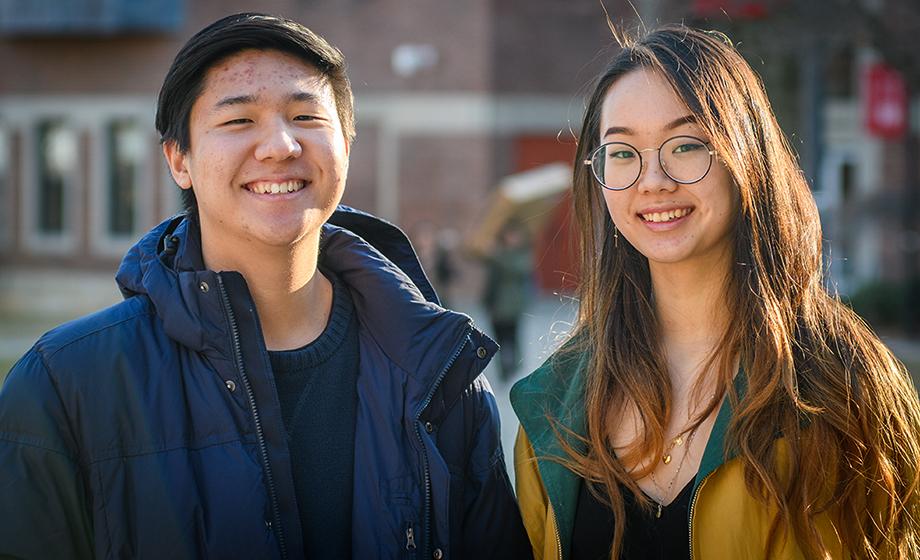 Organized by Korean American Civic Empowerment (KACE), a nonpartisan, not-for-profit organization based in New York and New Jersey, the summit aimed to educate Korean-American college students about civic participation and to empower them to engage in the country’s democracy.

Kim and Jung met with activists, Korean-American professionals and the consulate general of South Korea. They also attended presentations about historical issues facing Korean-Americans and other Asian-Americans, and break-out sessions designed to equip students with tools and ideas to promote civic engagement on their campuses.

“Through this summit, I became aware that the percentage of registered voters is dangerously low, especially among our millennial generation,” Kim says. “Our voice could make a huge difference in the way that this country is run.”

A double major in biology and psychology, Kim is director of public relations for the Korean Student Association at Clark and outreach coordinator for Liberty in North Korea’s Clark chapter. She received the President’s Volunteer Award in 2015 and 2016 and various merit scholarships. She is a 2017 graduate of Nashua High School North in Nashua, N.H.

Jung, a political science major on the Dean’s List, volunteers as a mentor at St. Peter’s and interns in the office of Massachusetts Democratic Congressman Jim McGovern. Jung is a 2016 graduate of Troy High School in Fullerton, Calif.