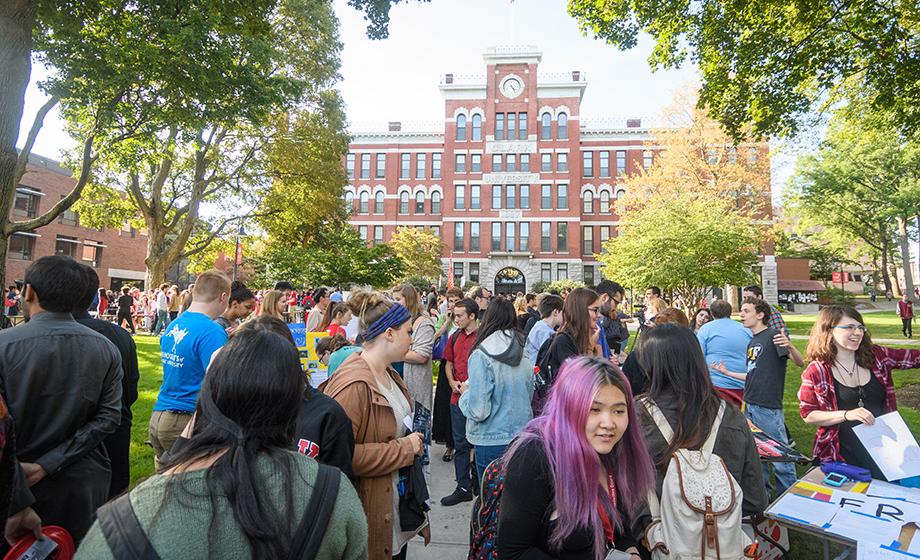 Clark University is included in The Princeton Review’s 2018 edition of “Colleges That Pay You Back: The 200 Schools That Give You the Best Bang for Your Tuition Buck,” and is No. 11 on the list of top 25 schools for “Making an Impact.” Schools were chosen from a pool of 650 national colleges and universities. 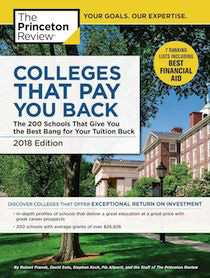 This annual guidebook, now in its fourth year, is the education services company’s resource for college-bound students and their parents shopping for affordable, academically outstanding colleges that graduate their students to successful, rewarding careers.

The profile of Clark features quotes from students surveyed by The Princeton Review. “[U]ndergrads report that they are encouraged to ‘actively [connect] their academics to something bigger and more meaningful,’ ” it reads. A student says, “All aspects of [the school], from the dining hall menus to the syllabi in literally every department, focus on how students can make the world a better place whether it be social, environmental, geopolitical, economic, medical, or anything in between.”

The profile quotes another student: “People don’t fit into boxes here. Someone could be a star athlete and a great actor majoring in biology and English. I love that about Clark; everyone is so uniquely them, but also very down-to-earth and not caught up in themselves.”

Clark appears on several lists in “Colleges that Pay You Back,” including:

The Princeton Review guide also highlights Clark’s career preparation efforts. “The school also prepares students for employment after graduation by promoting internships ‘which may take place in a nonprofit organization, government office, or for-profit business.’ According to PayScale.com, 42 percent of Clark University alumni report that they derive a high level of meaning from their careers.”

The Princeton Review chose the 200 schools for this edition based on a comprehensive analysis of data from its surveys of administrators at more than 650 colleges in 2016-17. Survey topics broadly covered academics, cost, financial aid, career services, graduation rates, student debt, and alumni support. In all, more than 40 data points were crunched to select the schools for the book and tally its ranking lists.

Only 7 percent of the nation’s four-year colleges made it into this book, noted Robert Franek, its lead author and The Princeton Review’s editor-in-chief. “These schools were bona fide standouts for the return they deliver on one’s college investment.”