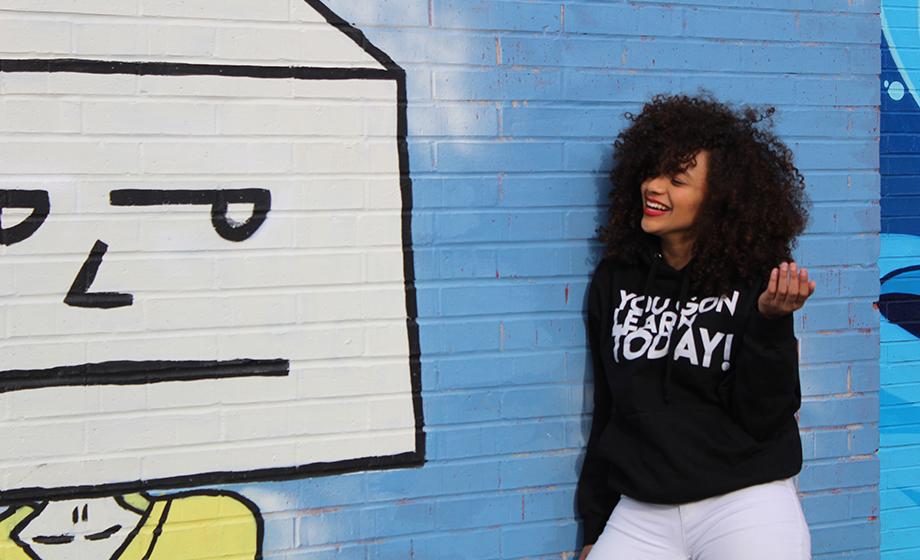 Even better, many are social entrepreneurs, who share a vision of giving back to the community — Shaich oversaw the opening of Panera Cares Community Cafes, confronting food insecurity in urban centers by letting customers pay what they could; McNamara’s business promotes sustainability and environmentalism by supplying 40-foot shipping containers retrofitted to grow produce in any location and climate.

Now three Clark University undergraduate students are following in the footsteps of such successful alumni social entrepreneurs. The three — Valerie Diaz ’19, Nana Lokko ’19 and Thanavee Sereeyothin ’18 — launched their socially committed business ventures as part of a final project last fall in The Art of the New: Entrepreneurship (ENT 115), taught by John Dobson, associate professor of practice in the Graduate School of Management. At the end of the semester, they donated part of their profits to worthy causes. Along the way, they picked up a slew of entrepreneurial skills.

Sereeyothin, a management major and innovation and entrepreneurship minor, worked with friends and family to import elephant pants — loose, flowing, comfortable pants most often featuring elephant prints — from his home country of Thailand. He started with 20 pairs, began selling them online through craigslist and Facebook, and then teamed up with a Thai student group at Boston University to sell more. He also found customers at an event at MIT geared toward Thai students attending colleges in the eastern U.S.

In the end, he sold 100 pairs, making $900 in profit. He donated $300 to Elephant Nature Park, a sanctuary and rescue center in northern Thailand.

“This project gave me a stepping stone and a test run into a venture I want to create in the future,” Sereeyothin says. “The one thing I learned from this class is innovation and critical thinking. With those two skill sets, you could change $1 into $1,000.”

They sold 50 shirts featuring slogans like “I am in charge of my story” and “You gon learn today.” They held a photo shoot, featuring students wearing the shirts, and posted the photos as part of a marketing campaign on Shirt Shack’s Instagram account.

They focused on giving back by creating a $300 scholarship, randomly selecting a student winner. That turned out to be Maria J. Miranda Moreno ’21 of Ecuador.

“For choosing the person, we decided to do it randomly to get rid of the underlying labels that exist within choosing a scholarship recipient,” Diaz says. “We wanted to promote the idea that we accept you for who you are.”

The scholarship speaks to the ShirtShack founders’ goals. “We’re not just making money to have money; we’re also making money and using part of it to make a change in someone else’s life for the better,” Lokko says in a video about the class project.

All three budding entrepreneurs say the course’s final project taught them skills that they would use at Clark and beyond.

“I’ve learned to be more persistent and not take no for an answer,” Diaz says. “I’ve become more organized, and I also have desire to give back to the community.”

Lokko, meanwhile, has this advice for students who want to launch businesses: “Go from failure to failure with enthusiasm. If something doesn’t work out, try something else. If that doesn’t work, keep going.”